After June and July saw over $1.3B in funding, August saw a major pullback in both deals and dollars, falling below $1B for the first time since July 2014 on just 429 deals.

The report below details early stage — Angel and Series A — technology financings, and ranks some of the hottest early-stage tech companies funded in August 2015 based on momentum data from social media, news, and web traffic.

Early-stage tech funding fell off of July’s multi-year highs to just $986M across 429 deals. Overall this was the lowest monthly total for dollars since July 2014. 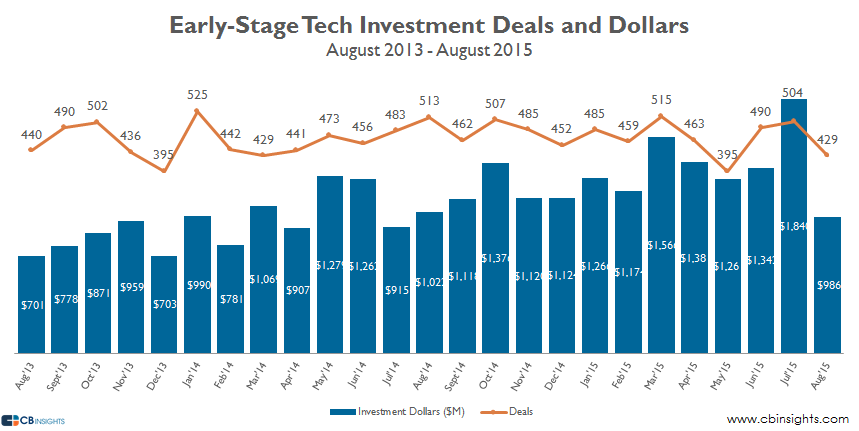 The median round size across all early-stage tech deals fell to $1.25M in July and stayed there in August, its lowest figure since February 2014. 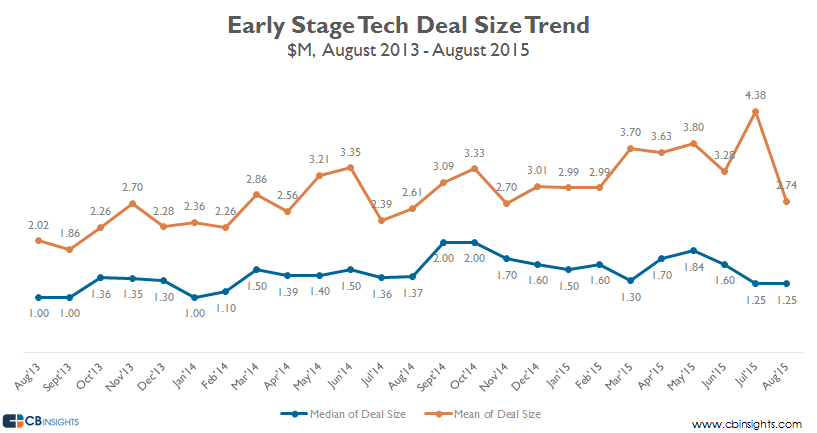 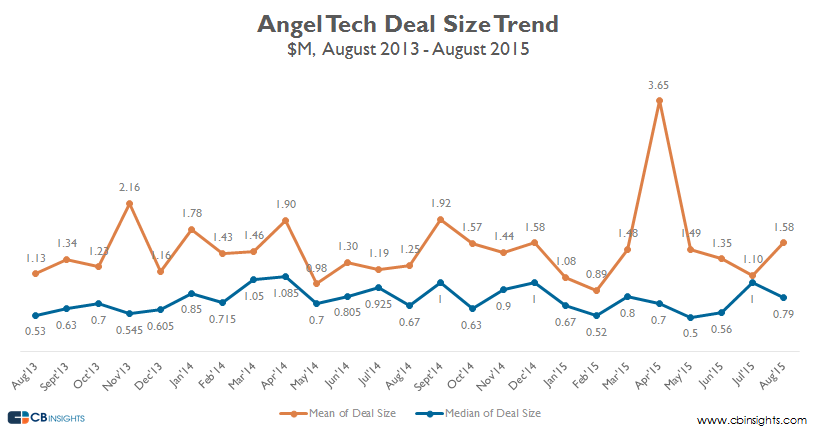 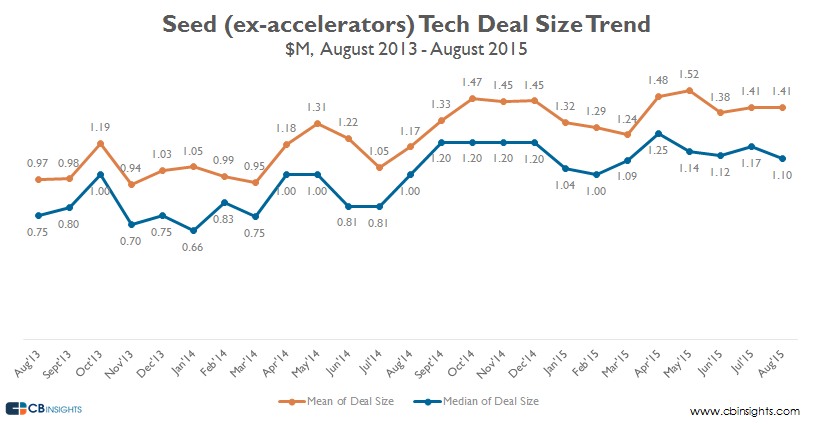 $5M CONTINUES TO DOMINATE SERIES A ROUND SIZES

After a few large rounds brought up Series A deal sizes in July, August saw the standard $5M median Series A round size. This has become the new standard as 9 of the last 12 months have seen a median round size of $5M. 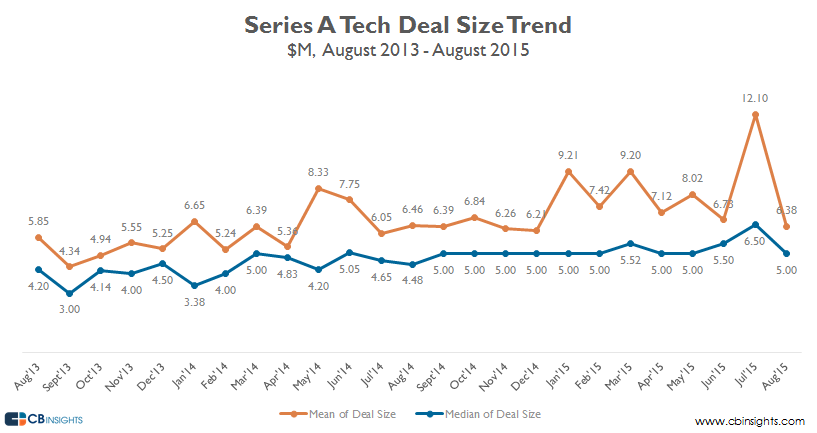 While internet startups continued to account for the bulk of the deals at 58% deal share, mobile startup deal share increased to 30% in August 2015, its highest total since June 2015, and just the third time its reached 30% over the last three years.

Flexport, a supply chain and logistics startups, was the largest US early-stage tech deal in August, raising $20M from A-Grade, Bloomberg Beta, and Susa Ventures, among others. Rift.io and CastAR rounded out the top 3, as the top 10 deals cumulatively raised $131M in August.

500 STARTUPS AND INTEL CAPITAL ARE MOST ACTIVE IN AUGUST

500 Startups and Intel Capital were the most active early-stage tech VCs in August. 500 Startups invested in Chewse, Pana, and BioBots among others. Techstars Ventures, Accel Partners, and NEA rounded out the top 3.

We tracked overall news mentions as well as web traffic metrics (pageviews, reach, rank) and Twitter mention growth for early-stage tech companies that received financing in August 2015. Below are the 4-20 ranked companies in each metric. The full top 20 are available to CB Insights customers on the Research tab.