Early-stage healthcare deals and dollars both fell slightly versus the previous month, while funding was down 26% versus the same month a year prior.

Eastern US healthcare companies garnered the bulk of early-stage deals, accounting for 47% in October, with healthcare hub Massachusetts leading the way.

Early-stage tech funding share to Silicon Valley healthcare companies jumped drastically in October 2014 versus the same month a year prior, behind Imago Biosciences’ $26.5M Series A.

October set a new two-year high for median deal size at $5.03M. This was the second straight month of growth as September’s median total was 80% higher than the previous month’s. 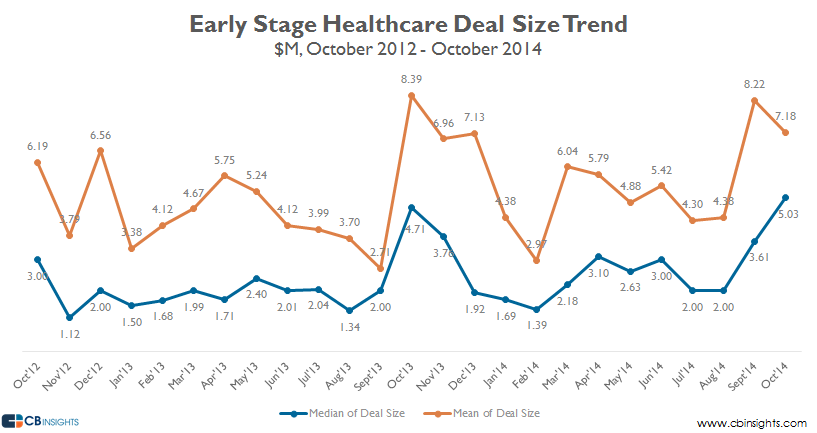 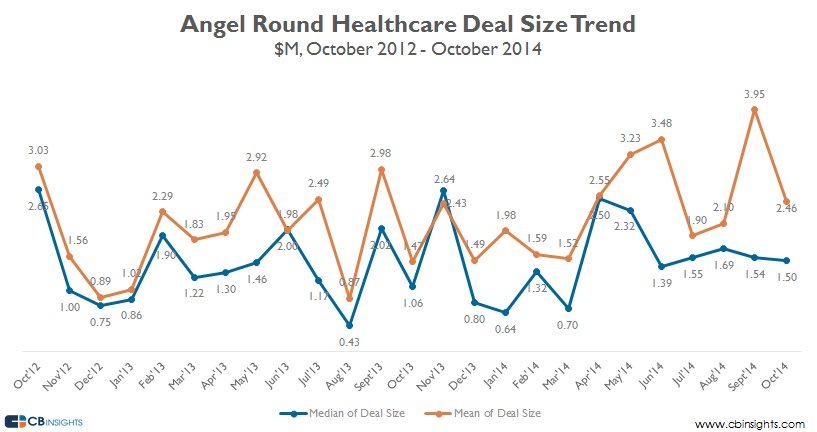 Both median and average healthcare seed rounds reached two-year highs in October, behind UK-based Magnus Life Science’s $25M super-sized financing. No other seed deals in healthcare in October were greater than $10M. 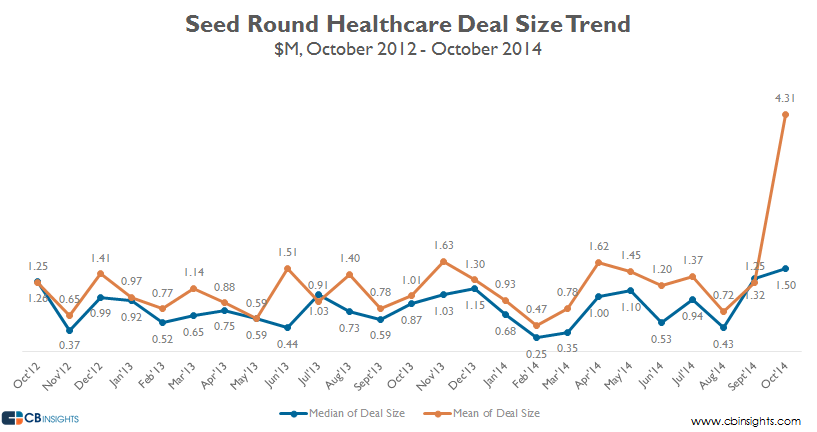 SERIES A ROUNDS DOWN YoY IN OCTOBER

After an average Series A peak in December 2013 due to Juno Therapeutics’ $120M financing, average healthcare rounds are down 25% YoY in October, and 7% on a median basis. 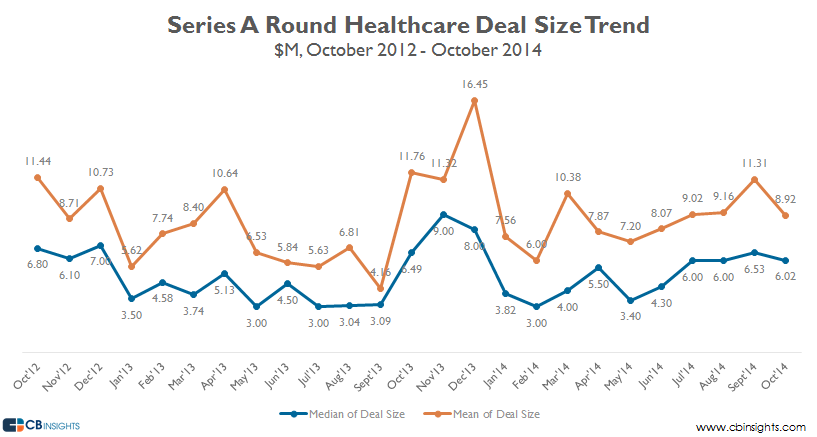 After September saw Adaptimmune raise $104M and push biotech to a 73% funding share, October fell back down to 38% as biotech and medical devices accounted for over 50% of early-stage healthcare dollars for the 4th straight month.

Series A rounds accounted for 69% of all early-stage healthcare investments in October, higher than any month in the past two years. Angel investment share fell for the third straight month, and was down from 16% in October 2013.

Four early-stage companies raised rounds of $20M+ in October including Imago Biosciences who raised a $26.5M led by Clarus Ventures. Also of note, four of the top ten deals were in international companies including Magnus Life Science, Highland Therapeutics, Levicept, and Forendo Pharma.

Few VCs made multiple early-stage healthcare investments in October, but Novartis Venture Funds and Atlas Venture both were among the most active, with 3+ investments each.

For more information around early-stage healthcare financings, login to CB Insights’ venture capital database or sign up for free below.