The global e-commerce industry is seeing more maturity as dollar funding to private companies flows to later-stage startups, and growth tapers off.

In 2015, a peak year in funding and activity, Asia-based e-commerce companies like China Internet Plus Holding and Coupang drove the gains.

E-commerce deals grew 18% in 2015 to peak at 915 deals worth over $15.6B. A $2.8B growth equity investment into China Internet Plus Holding — a company formed by the 2015 merger of Meituan and Dianping — inflated the 2015 funding total, though dollar funding would still have peaked in 2015 without that deal. The year’s largest deals also included a $1B Series E to South Korea-based Coupang and a $550M Series I round to India’s Flipkart.

This year, China Internet Plus Holdings has also raised the largest round to date with a $500M growth equity round. 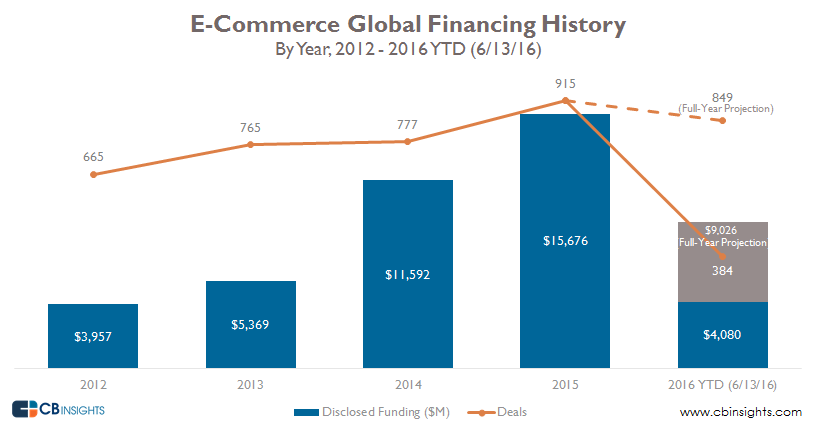 While deal count dropped in Q4’15 to its lowest since Q3’14, we observed a slight bounce in Q1’16. Q1’16 attracted 237 deals, for the second-highest quarterly count. The industry has seen six straight quarters of 200+ deals. 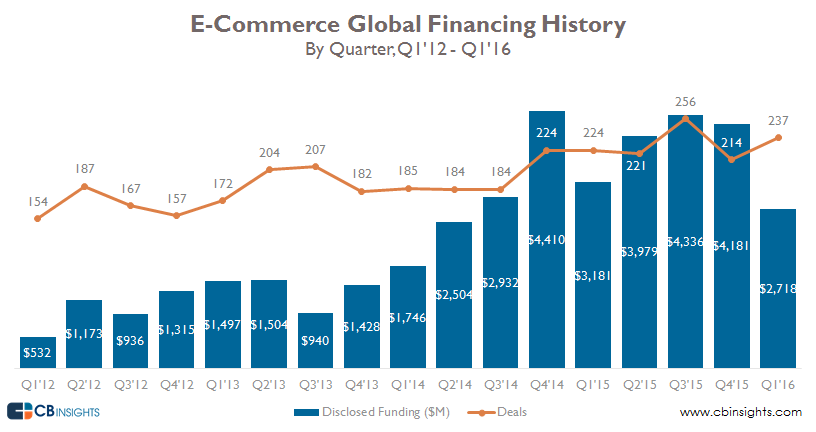 The “other” category, which includes convertible notes and corporate minority rounds, grew from 15% to 21%. 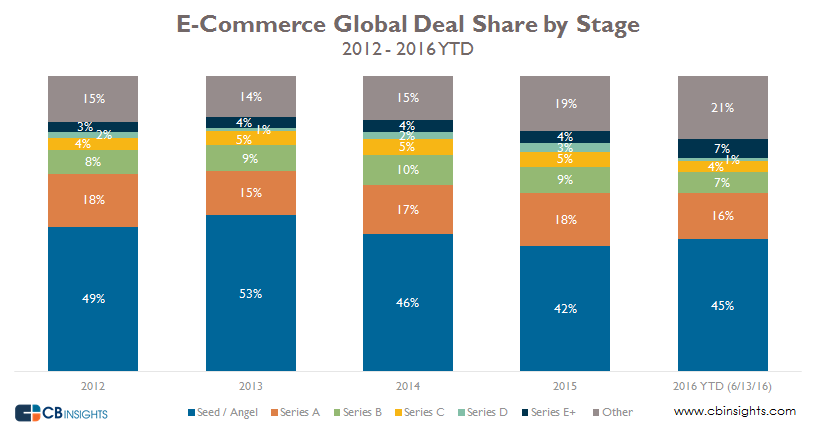 Dollar share reveals the same trend of more mature companies taking more investment. The proportion of global e-commerce dollars going to Series E+ companies has increased significantly since 2012, from 23% to 41%. India’s Flipkart raised seven Series E+ rounds between 2013-2015 (six of which were mega-rounds), contributing to the trend. 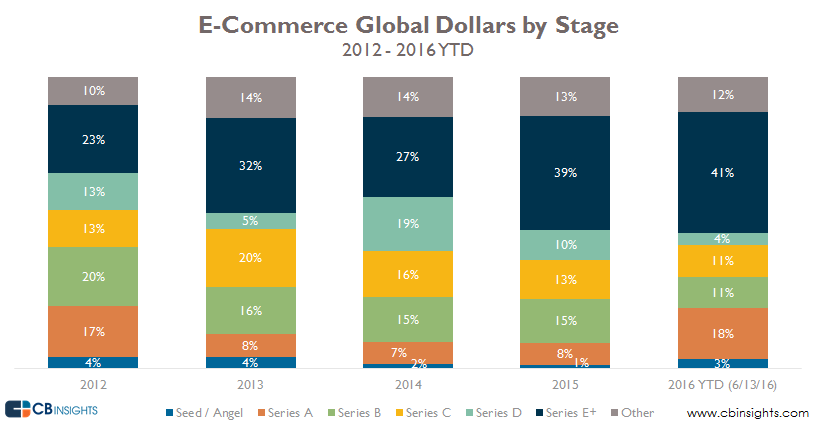 The list of the most well-funded, venture capital-backed e-commerce startups include several Amazon-style online retailers, such as India’s Flipkart and Snapdeal, South Korea’s Coupang, and US-based Jet.com.

Want more data about e-commerce funding? Login to CB Insights or sign up for free below.