Smart money VCs’ interest in e-commerce deals fell off a cliff in Q1’16, with deals involving them dropping to a five-year low.

And in 2016 year-to-date (6/16/16) the top VCs participated in just 16 funding rounds to physical goods e-commerce companies, deals that totaled only $59M in aggregate. That means 2016 is on a pace that will put it at roughly 35 e-commerce deals with smart money VC participation, which is less than half 2012’s e-commerce smart money VC deal volume.

That’s a sign of e-commerce’s lost shine and maturity as a category, as it contrasts with 2014 and 2015, when smart money VC e-commerce deal activity was relatively stable at 80+ deals in both years.

We define e-commerce as companies using websites or mobile apps to sell physical goods, as well as e-commerce enablement companies that help build these sites and apps. We excluded companies focused on services, such as Uber, or those delivering food and groceries (see our food delivery category for trends there).

Smart money VCs slowed their e-commerce financings dramatically so far this year, putting them on track for a five-year low in deals. Their activity in this space peaked in 2014 (ahead of the 2015 peak for activity by investors overall) with 81 deals worth over $2.9B.

In 2015, deal count was flat, while funding with smart money participation slipped to $2.2B. Founders Fund participated in smart money’s largest 2015 deal — a $500M Series C to Wish.

So far this year, smart money VCs have shown scant interest in e-commerce. 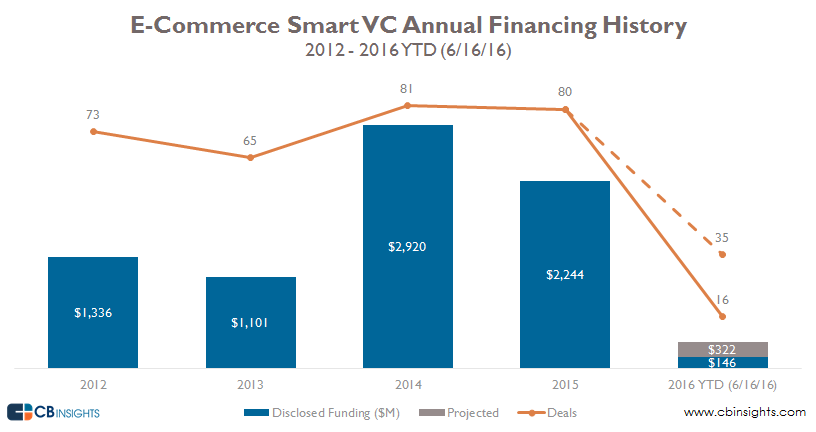 Smart money VC e-commerce activity dropped to a five-year low in Q1’16 with just 9 deals adding up to a slim $59M. Deal count peaked much earlier, in Q2’12, while funding from deals with smart money VCs hit a new high in Q3’14 due to the $1B Flipkart round, mentioned previously. Activity hovered at around 20 deals from Q2’14 to Q3’15, before beginning its recent decline. 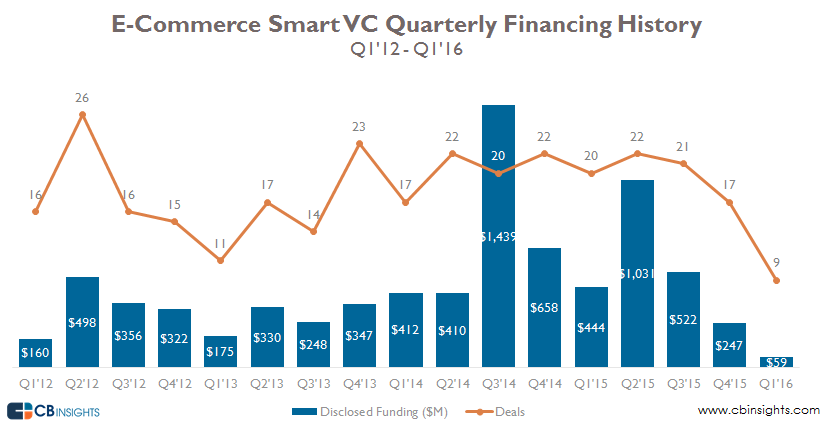 Accel Partners was the most active smart money VC in the space, while Union Square Ventures invested in just one physical goods e-commerce startup — Etsy, now public. See the full visualization below. 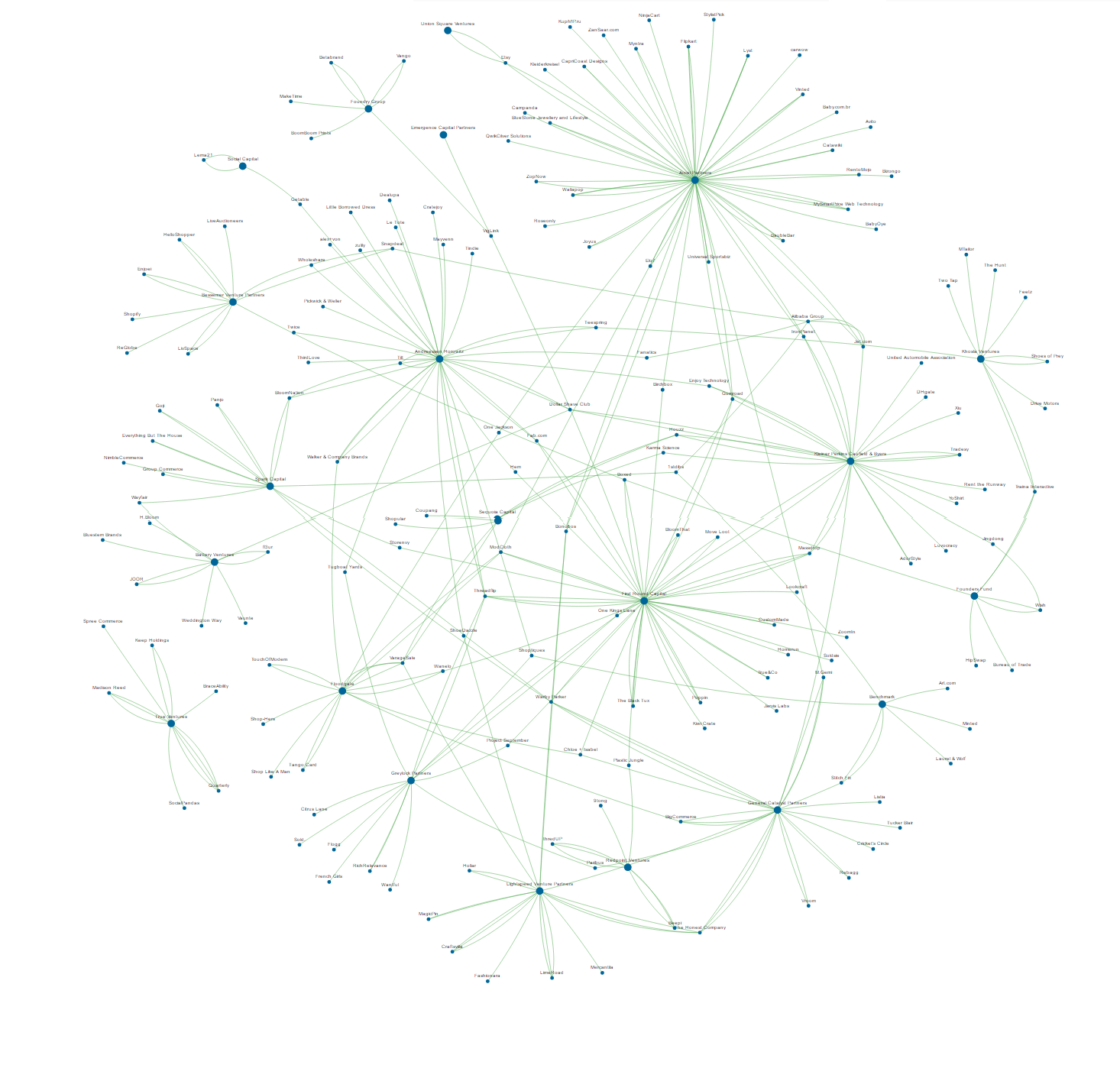 Want more data on VC activity and e-commerce financing trends? Login to CB Insights or sign up for free below.