Investors normally focused on the public markets, like mutual funds, helped drive last year’s boom in private company $100M+ mega-financings in the US.

Zeroing in on the e-commerce category, these crossover investors were involved in some of the largest e-commerce mega-deals in that year, such as China Internet Plus Holding’s $2.8B growth equity round, Flipkart’s $550M Series I, and Jet.com’s $500M Series B.

We used CB Insights data to track e-commerce dealmaking with participation from crossover investors from 2012 to 2016 year-to-date. Our crossover investor category includes investment banks, mutual funds, and hedge funds, as well as asset managers and diversified financial services-based firms, all of which customarily invest in the public markets.

Since 2012, crossover investors participated in nearly 250 e-commerce funding rounds, totaling over $15.6B in aggregate.

This run-rate would lead to full-year deals and funding dropping below 2014 levels. 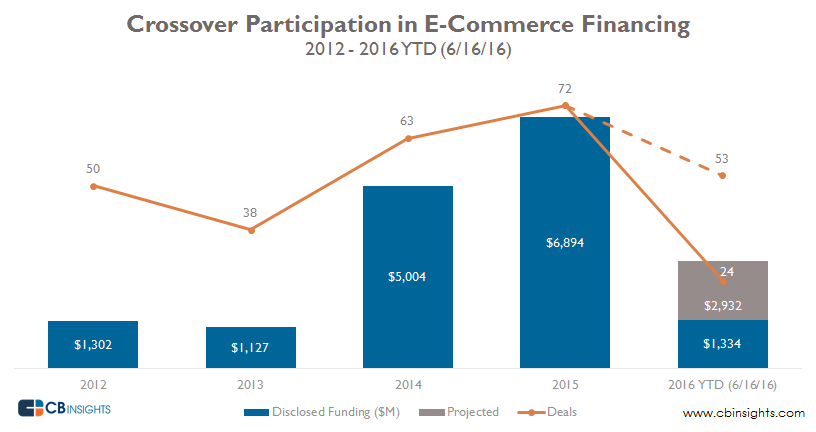 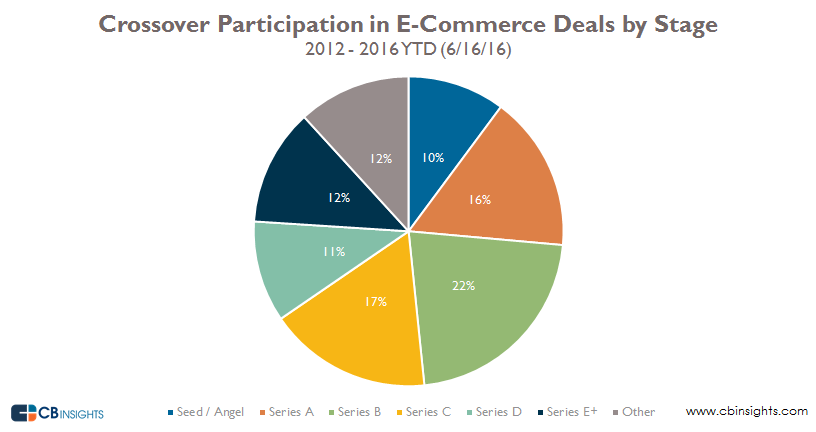 Most active crossover investors in e-commerce

Want more data about e-commerce financing trends? Login to CB Insights or sign up for free below.