Research Brief
1929
There were 17 e-commerce acquisitions and IPOs in Q1’15 alone, putting this year on track for a record in e-commerce exits.

But IPOs still account for a fraction of exits. Although there were 7 venture-backed e-commerce IPOs in 2014 — more than twice the amount in 2013 — there have been none in Q1’15 amid an overall “IPO drought” for venture-backed companies. 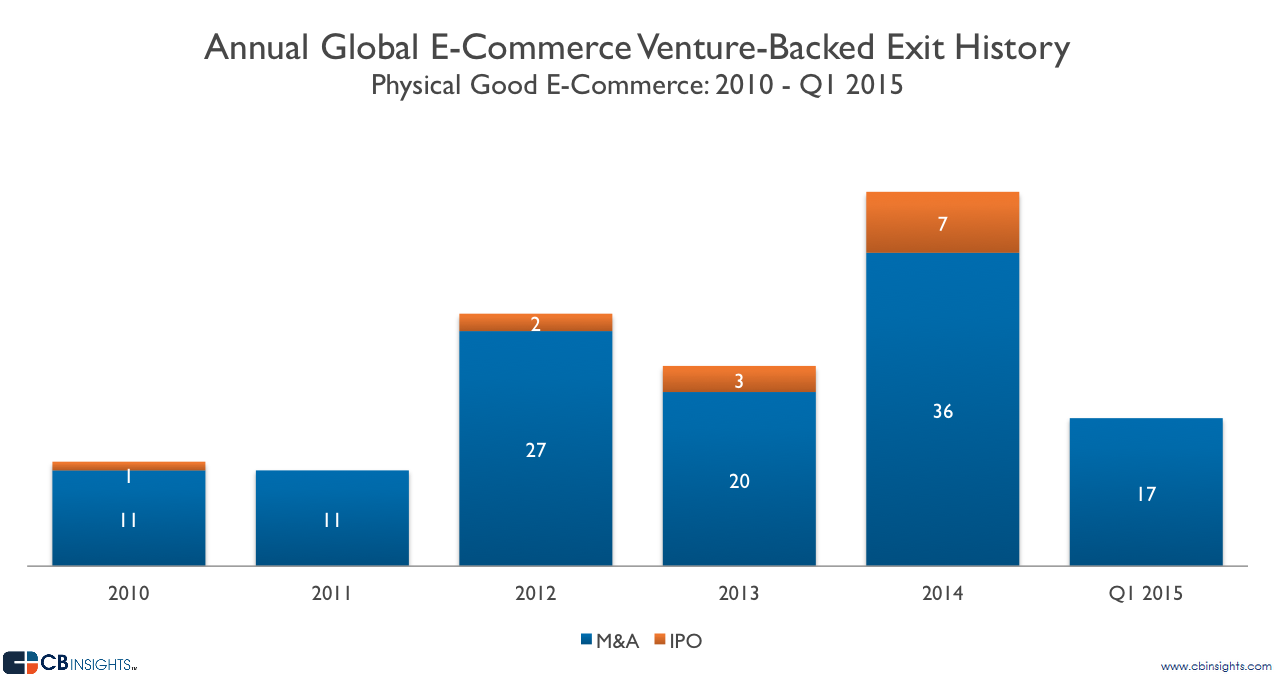 The quarterly breakdown gives a better view into the overall exit trends. From 2010 to 2011, the average number of exits per quarter was 2.88. Between 2012 and 2013 period, the average climbed to 6.5 quarterly exits, and in the 2014 to Q1’15 period the average was 12 exits. The strongest single quarter for exits was Q3’14, which saw the IPO of Alibaba and the acquisitions of Luvocracy and Ebates. Q1’15 is the second-strongest quarter with 17 exits, including those of Fab.com and Nonabox. 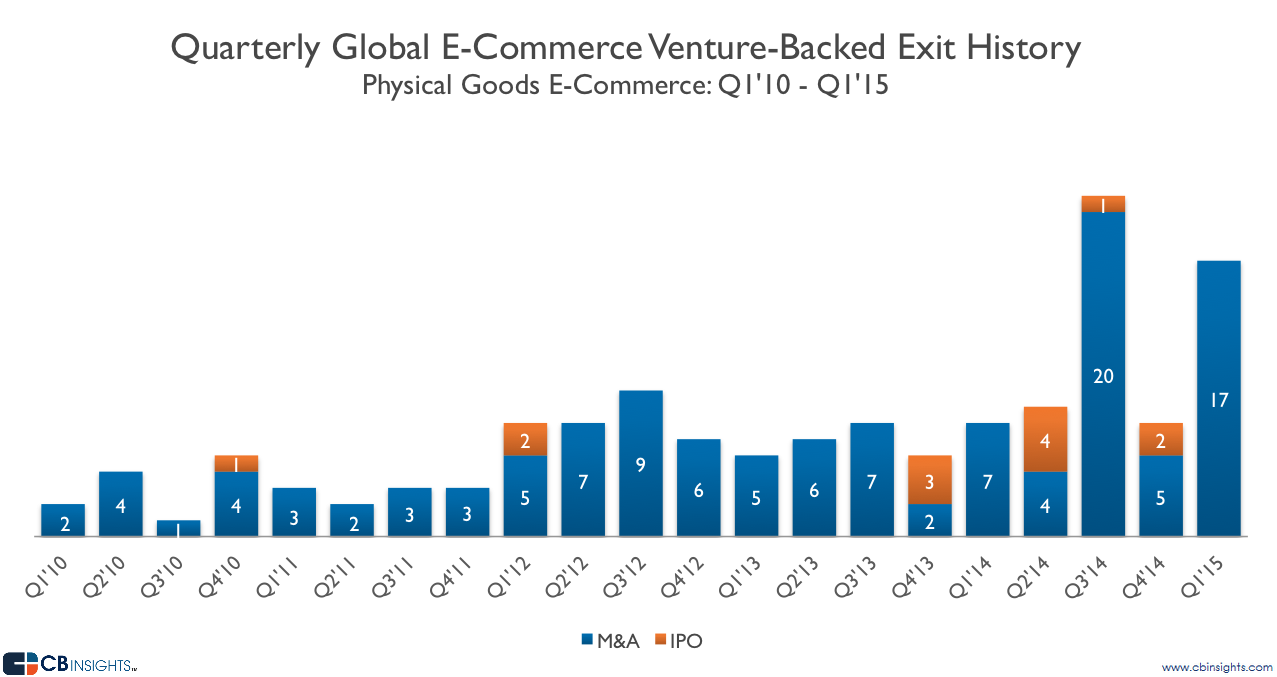 A handful of investors have seen more than 6 exits among their e-commerce portfolio companies. Holtzbrinck Ventures tops the list for the most exits between 2010 and Q1’15. Its biggest IPO was Zalando‘s in 2014 and its biggest merger was Dafiti’s into Global Fashion Group in 2014. Accel Partners and Kleiner Perkins are in second place with close to 10 exits each. Accel Partners’ largest acquisition exit was India-based Myntra (acquired by Flipkart in 2014). Kleiner Perkins saw at least 3 of its e-commerce companies IPO in 2013 and 2014.

Below is a list of the top exits based on valuation at time of exit (among companies where valuation was disclosed). Of the top 10, 4 companies are China-based, 4 are US-based, 1 is Germany-based, and 1 is UK-based. Alibaba Group’s $167.6B valuation at exit tops the list. Jingdong is second on the list at $28.6B.

The next list shows exited companies that received the most funding. Jingdong tops the list with $2.8B in funding, followed by Alibaba with $1.7B. Notably, only 4 out of 10 of the most well-funded exited companies also appear in the largest exits list.

Want more data on e-commerce startups? Check out our venture capital database below.