The e-commerce sector finally heated up again in early Q3’16, with Unilver’s $1B acquisition of Dollar Shave Club – the fourth largest e-commerce deal since 2009 – and Walmart’s acquisition of Jet.com. However, prior to those two major acquisitions, deals and dollar flow to e-commerce startups had both dropped significantly in Q2, cutting short Q1’s deal rebound and marking the third consecutive quarterly decrease in funding. 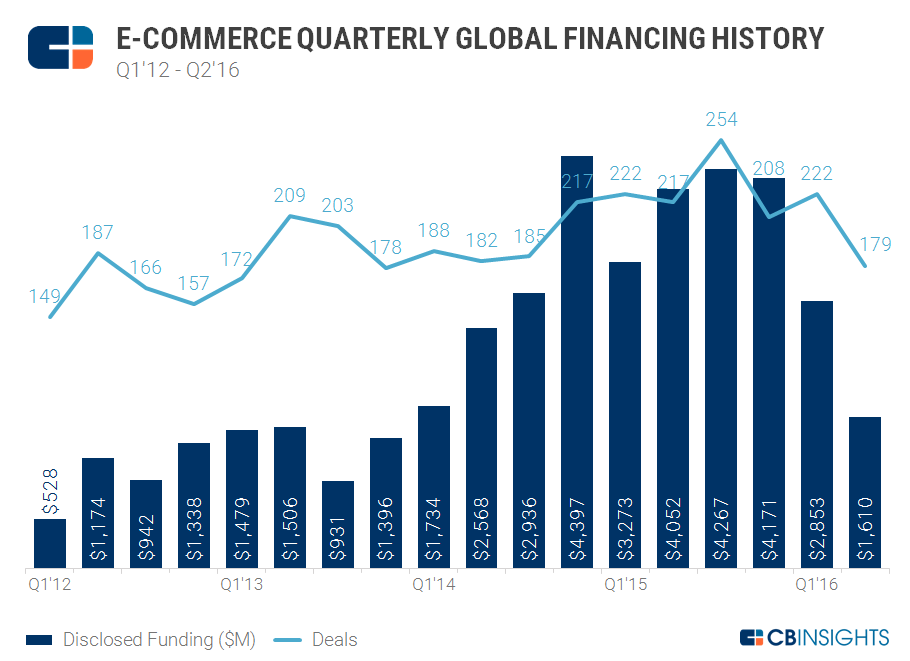 Due to the Q2 fall in deals and a continued slump into Q3’16, e-commerce deals and dollars are both on track to fall below 2014 levels for full-year 2016. So far this year, e-commerce startups attracted 521 deals worth $6.37B. 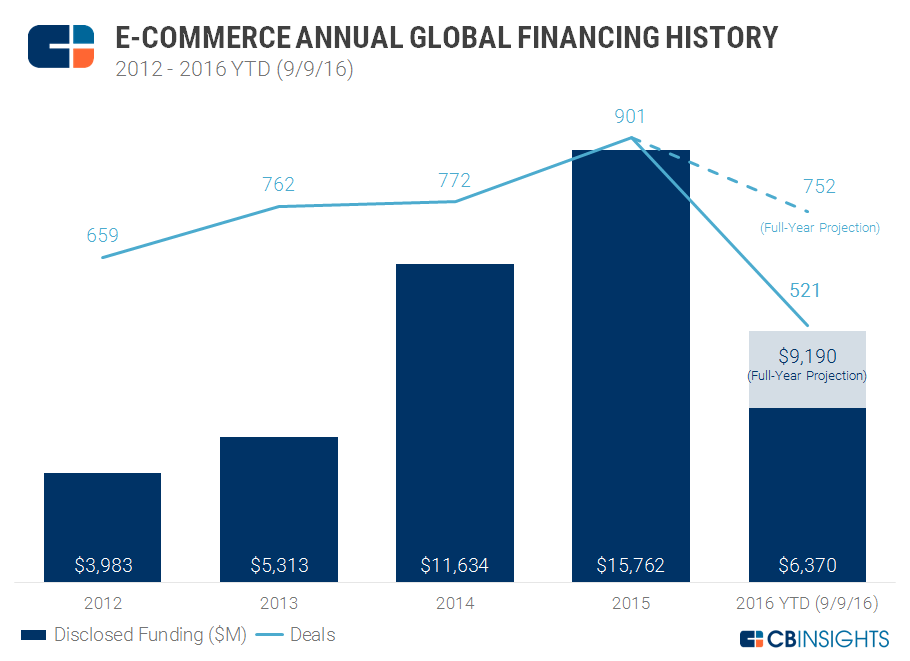 The list of the most well-funded, venture capital-backed e-commerce startups includes several Amazon-style online retailers, such as India’s Flipkart and Snapdeal, and South Korea’s Coupang.

It also includes a sports-merchandising platform (Fanatics), a social bargain shopping site (Wish), a Chinese online clothing retailer (VANCL), and a Chinese used car auction site (Uxin Pai). In addition, daily deals and coupon site LivingSocial still makes the list. However, its prospects have fallen over the past couple of years. The company hasn’t raised funding since 2014 and it announced a round of layoffs back in March 2016 as part of its turnaround effort.

Want more data on financing to e-commerce startups? Login to CB Insights or sign up for free below.