"When private markets give you higher valuations than the public markets, it doesn't make any sense," according to Fred Wilson. Here's one example.

At the recent 2015 Launch Festival earlier this year, Fred Wilson of Union Square Ventures commented that:

When the private markets give you a higher valuation than the public markets, it doesn’t make any sense.

So we took a look at our data on private market valuation multiples to see how publicly-traded cloud storage and file-sharing company Box compares to still-private Dropbox. Here’s how they stack up: 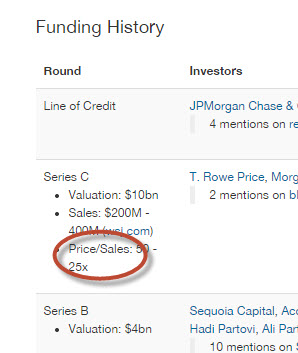 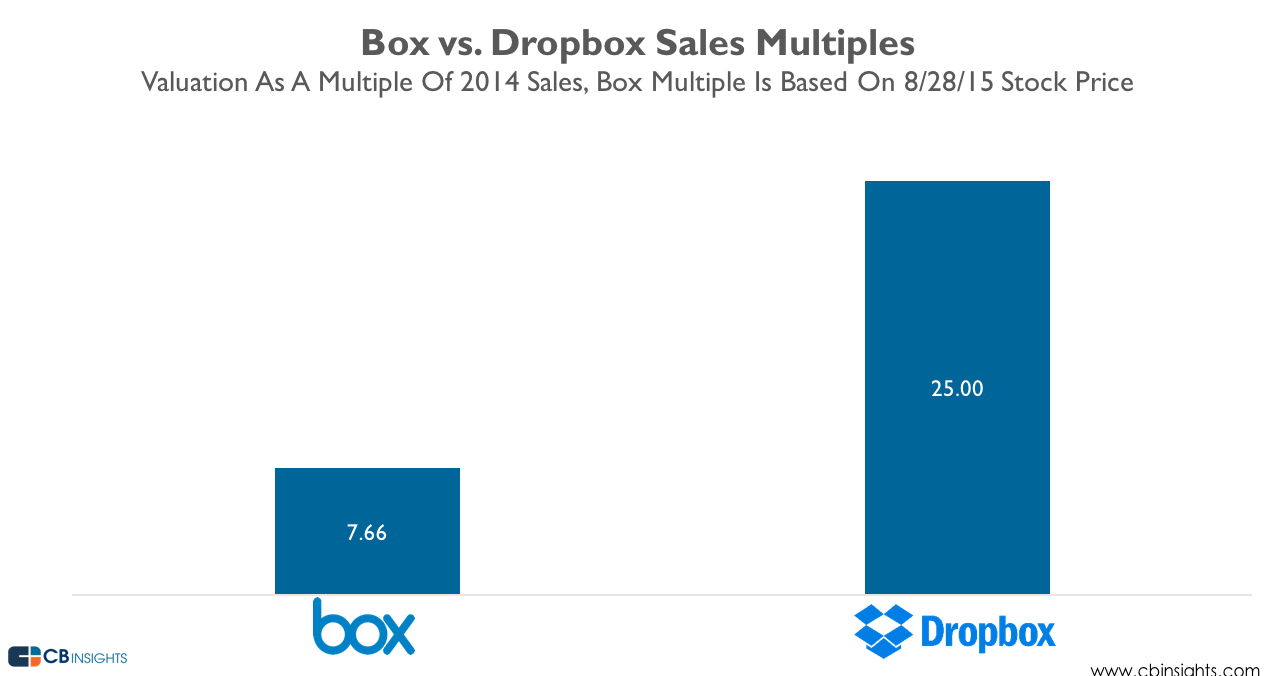 When Box priced its public offering, the public markets quickly applied pressure to the inflated private market valuations. The company priced its IPO at $14, which valued it at $1.67B or $730M less than private markets’ valuation of Box. The company did pop on day 1 of its IPO but has fallen ~41% since its first-day high of $23.23, as the graph below from Bloomberg illustrates.

So what does this mean for Dropbox?

Assuming Box’s multiple doesn’t expand, Dropbox would need to grow its annual sales to ~$1.4B (or 226% growth from 2014 revenue of $400M) just to justify its private market valuation of $10B. This would mean it would trade like Box at ~10x sales. Our HR news classification algorithms identified early this year that Dropbox had hired Vanessa Wittman as CFO and so it may be that the the file-sharing unicorn and Tech IPO Pipeline candidate may be headed for public markets soon enough. 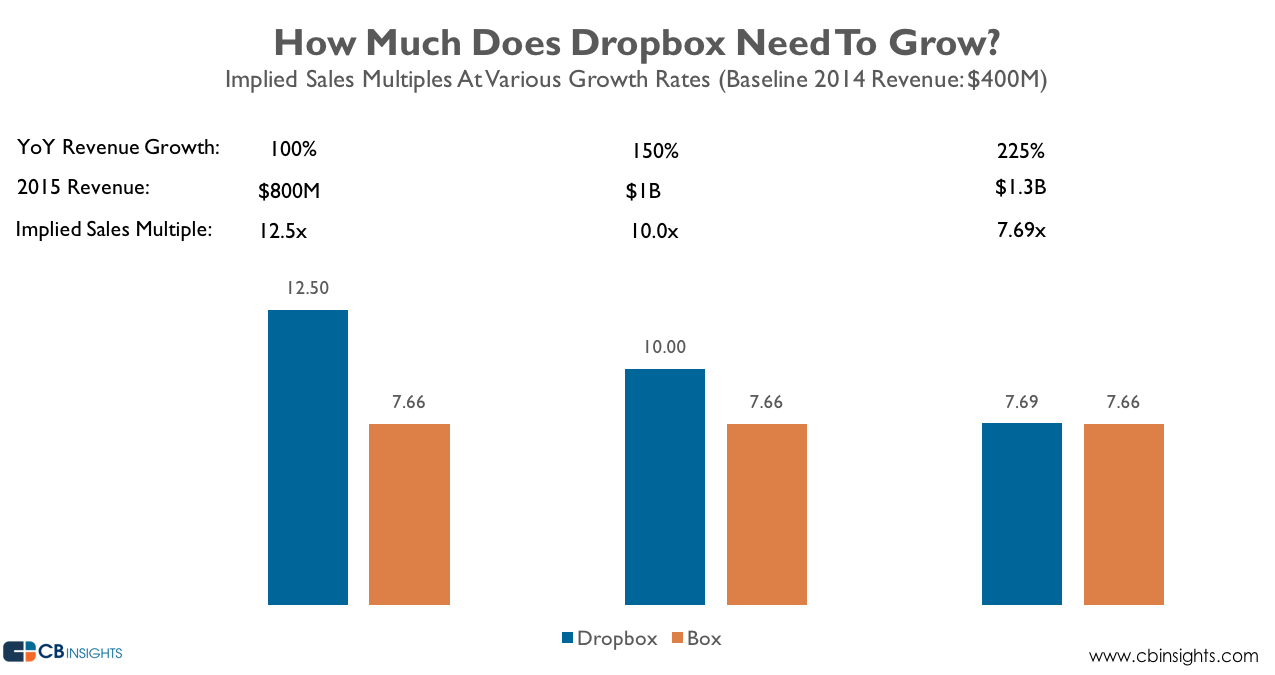 How easy is it to grow revenue by more than 2x if currently at $400M? Not very.

Given its current valuation, comparable valuation multiples and the very high bar for revenue growth required, it looks like Dropbox is overvalued.

Obvious caveats: Other factors such as margins, future expected sales growth, customers composition, etc. will play into these valuations.

Want more information about Dropbox and Box financing, valuations, and investors? Login to CB Insights or sign up for free below.