Q1'17 saw a record quarterly deal high. The largest investment of the quarter went to Airmap.

We define drones broadly to include software and hardware companies developing technologies related to unmanned aerial, marine, and/or land vehicles designed for unstructured environments. These technologies range from the manufacturing of drones to the analysis of data collected by drones, among other applications.

Both deals and funding to drone startups have been generally on an upward trend since 2012, though funding did see a 5% dip in 2016.

The largest investment so far in 2017 went to 3D Robotics, a fully-autonomous aircraft and open UAV platform that delivers systems for complex data collection. 3D Robotics raised a $53M Series D in Q2’17 that included participation from Foundry Group, Mayfield Fund, True Ventures, and Autodesk Forge Fund, among others. The investment brings total disclosed funding for 3D Robotics to $178.7M. 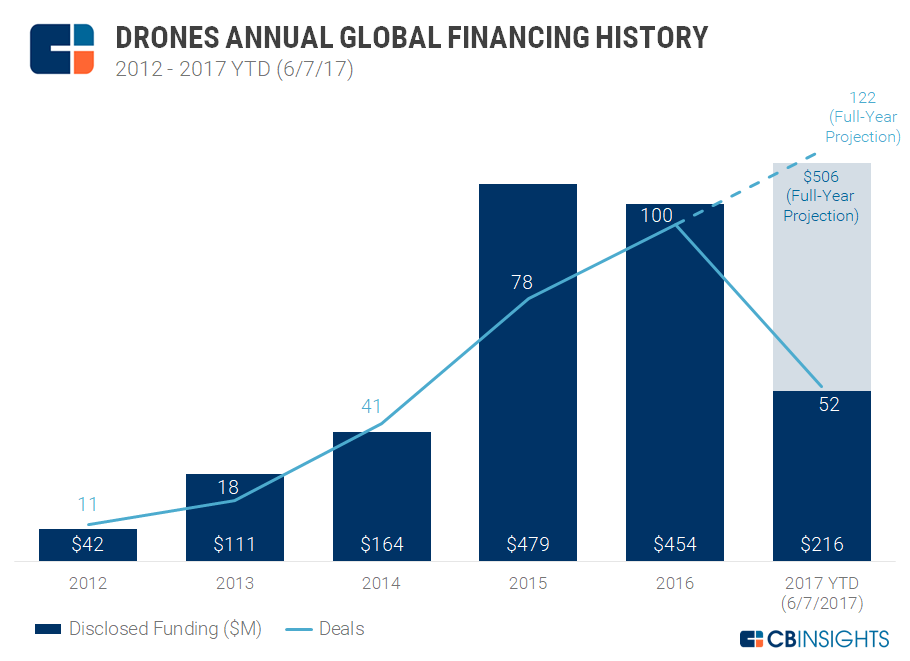 Digging into the quarterly data, Q1’17 saw 32 deals beating the previous quarterly record of 29 deals in Q3’16. The top deal in Q1’17 went to AirMap, a comprehensive digital map that allows unmanned aircraft system operators to visualize the airspace around them. AirMap raised a $26M Series B that included participation from General Catalyst, Qualcomm Ventures, and Lux Capital, among others.

Q3’15 remains the record high quarter for funding with $145M invested. This quarter’s dollar total was driven by a number of sizable transactions including a $60M round to YUNEEC, a developer of electric aviation, and a $42M Series B to EHANG, a maker of personal drones. Though Q3’16 saw the lowest amount of funding since Q1’15, funding has risen again over the last two quarters. 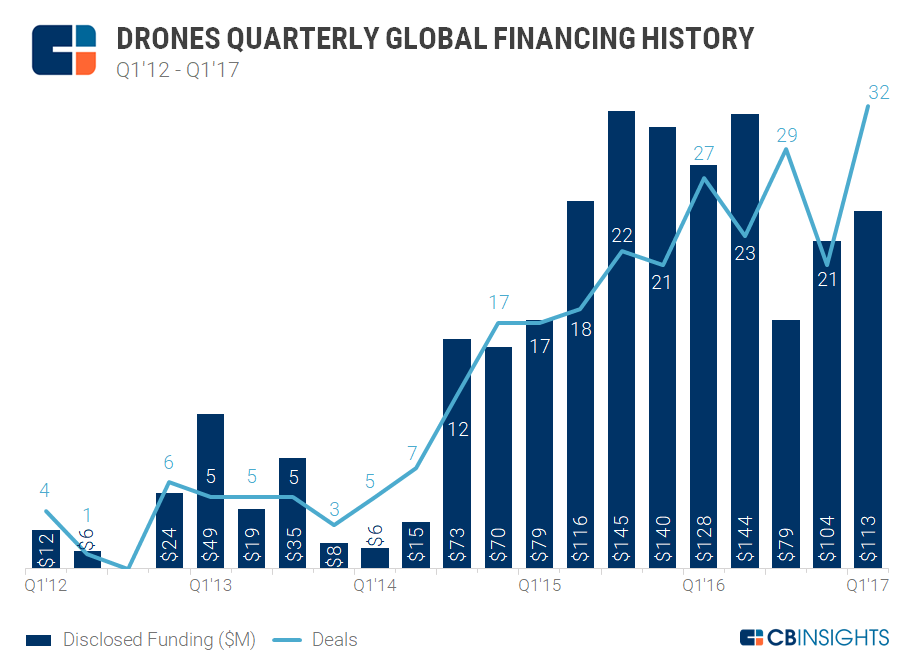 Deals falling into our “Other” category (including corporate minority and convertible notes) increased from 23% to 27% between 2016 and 2017 YTD. 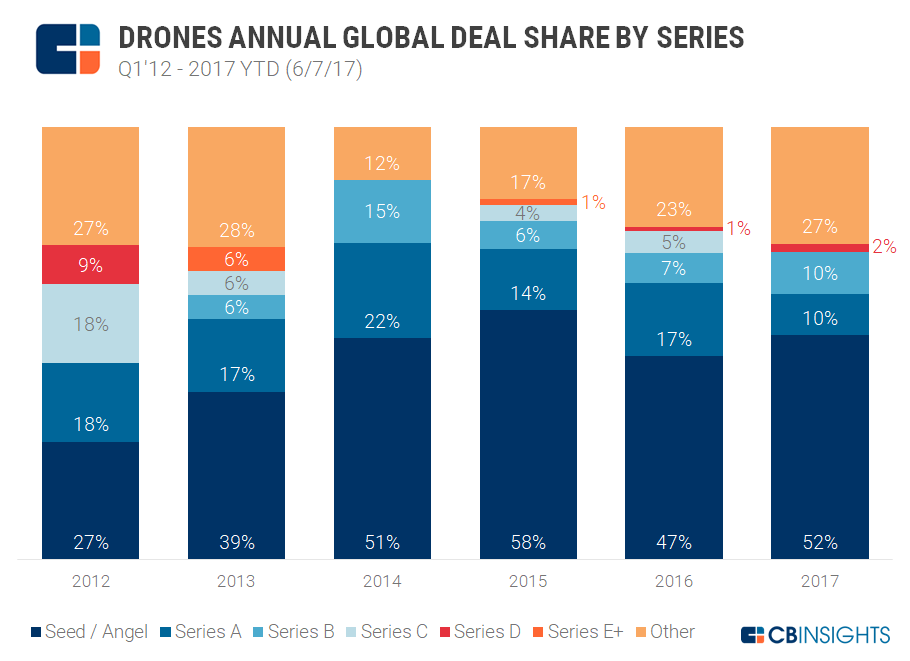 Want more data about top drone companies? Log in to CB Insights or sign up for free below.