Drones may still be having a land-grab moment. Startups in the category have already seen significant investment, with venture funding booming by 214% in 2015. And now the category is evolving beyond hardware, with investments and activity moving to drone software and media companies. For example, Drone Racing League recently forged a partnership with ESPN to broadcast competitions.

Corporate venture arms are also ramping up investments and corporations are developing their own offerings. Consumer electronics companies like Go Pro are already hitting the market with drones (though Go Pro’s Karma drone has been plagued by recalls), and chip giants like Intel and Qualcomm both have drone projects in the works.

This year’s totals likely won’t surpass 2015’s blockbuster year. However, deals are holding fairly steady compared to last year when drone deals more than doubled. At current run rates, deals to drones are on track for a less than 5% decrease compared to last year, while funding is on track for a ~30% drop. Some of the largest fundings of 2016 include deals to Airware ($30M Series C), Skydio ($25M Series A), and DroneDeploy ($20M Series B). 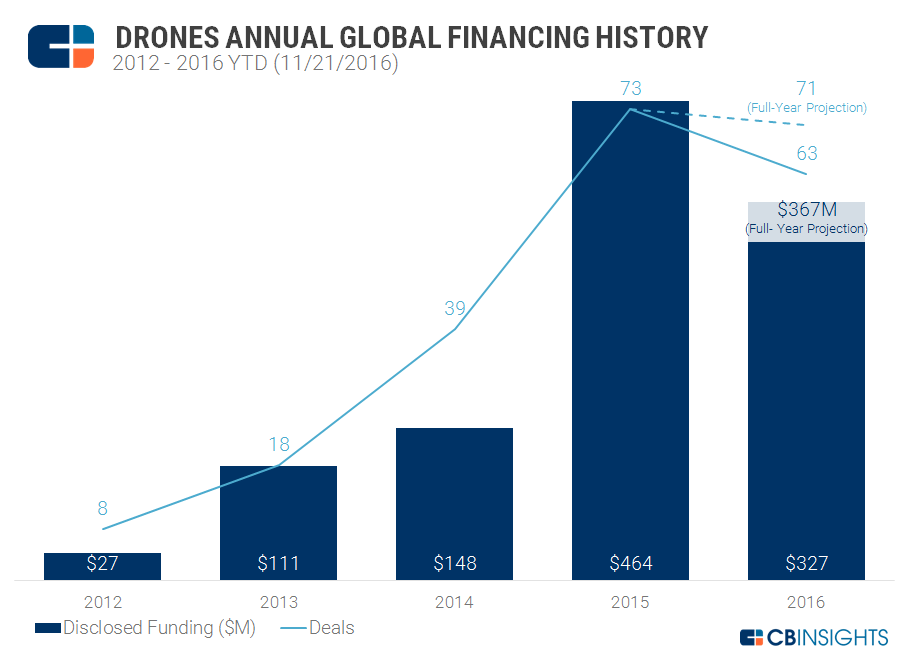 While in aggregate deal volume to drones is on track for only a slight decline, on a quarterly basis deals have fallen for two quarters in a row. Deals peaked at 23 in Q1’16 but have fallen to 17 in Q3’16. Quarter-over-quarter, Q3 represents an 11% fall in deals and 54% drop in funding. 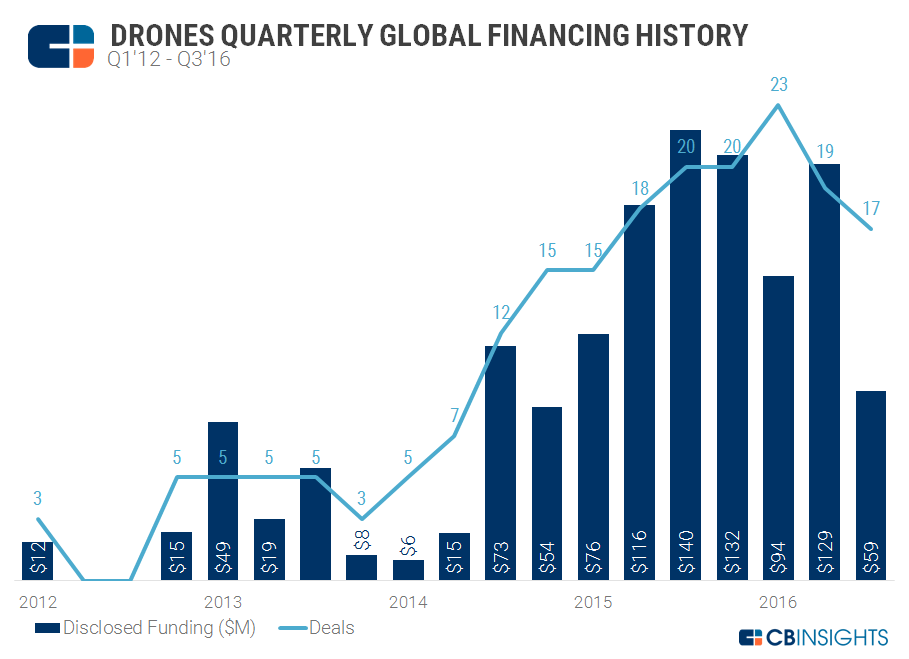