Drones have recently been used for an increasing number of enterprise applications, from terrestrial imagery and mapping to delivery and transportation, and funding to the space continues to hit new highs. Deals to drone companies reached an all time quarterly high in Q1 2017 while funding is on pace to exceed year prior.

We used the CB Insights database to round up the most active investors since 2012 in the drone space and ranked them by investments into unique drone companies.

The majority of the firms on this list are well-known investors that back a variety of diverse startups and industries. Interestingly, four of the nine investors are VC firms, three corporate VCs, and two super angels. The presence of Qualcomm Ventures, tied with Lux Capital as the most active drone investor, is hardly a surprise given their activity in the IoT space. Qualcomm has also released Snapdragon Flight, a processor designed specifically for the drone development community. 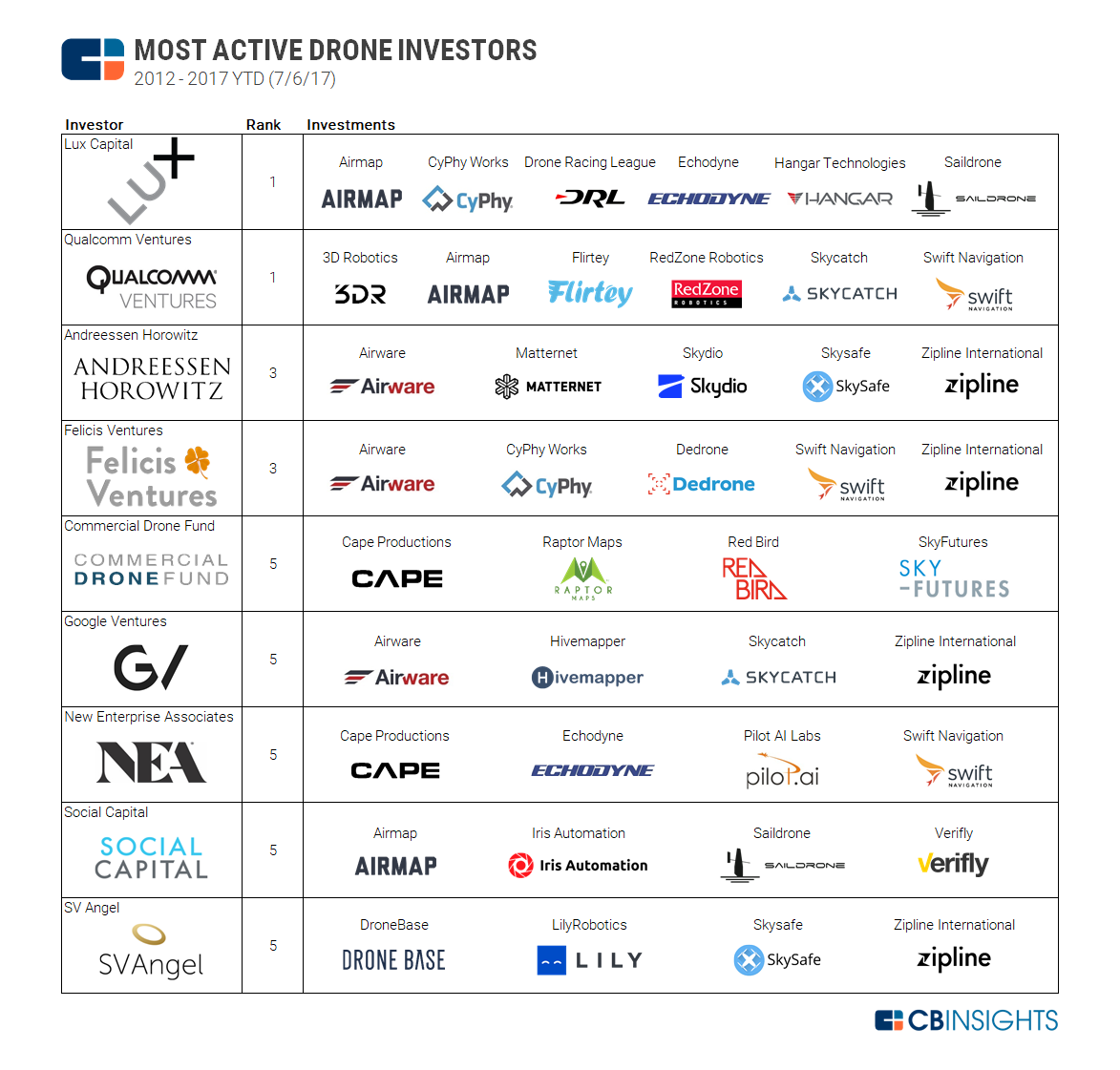