Drone startups raised just over $450M in equity financing across 74 deals in 2015. That’s up over 300% versus 2014 on dollars basis, and 111% on a deals basis — in a year when FAA exemptions for commercial drone operators significantly picked up pace (including exemptions going to insurers, as we’ve detailed). 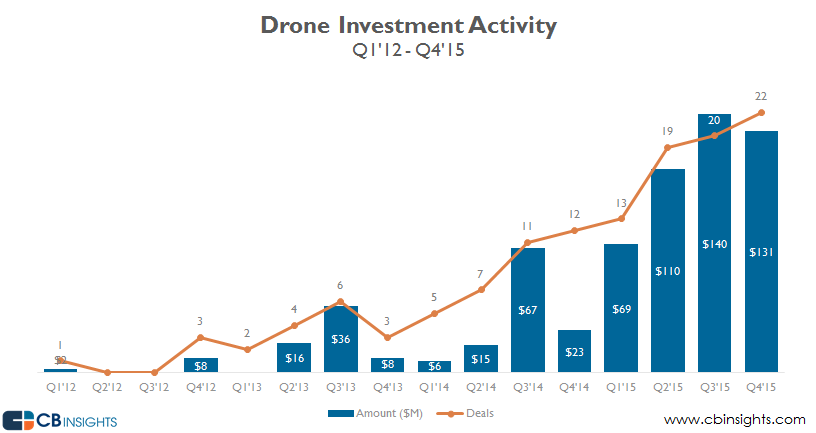 Despite the continued increase in funding and deals, it still is early days for the booming drone industry. 67% of all equity deals in 2015 came at the early-stage (Angel – Series A). With an estimated 1 million drones sold this past holiday season, and more definition on US drone regulation anticipated this year, expect investors to continue to plow money into drone startups in 2016. 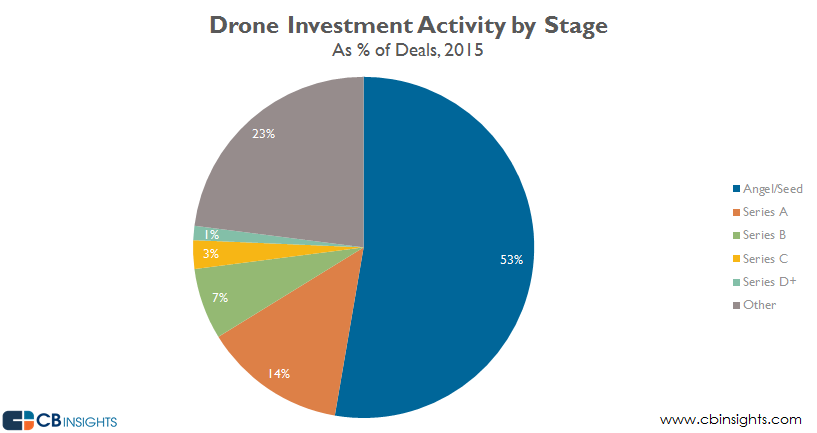 Want more data about AR/VR startups? Check out our Future of Frontier Tech webinar, login to CB Insights, or sign up for a free trial below.