At the current investment rate, startups providing tech to optimize brick-and-mortar retail could raise over $1B in 2017.

Deals to in-store tech startups dropped in Q2’17, but total funding jumped over 20% on the backs of several major deals to companies providing AI tools to retailers.

For a more detailed look into the diversity of the category, check out our market map here. This does not include restaurant-focused startups, which we’ve mapped separately here.

In-store tech startups raised $229M across 32 deals in Q2’17, representing a 29% drop in deals from Q1 but a 21% rise in investment dollars. The quarter’s largest deal went to Trax, a retail analytics startup that uses machine vision to track in-store activity and offer insights to retailers and CPG brands. Trax raised $64M in a private equity round led by Warburg Pincus, bringing the company’s total disclosed funding to $148M. 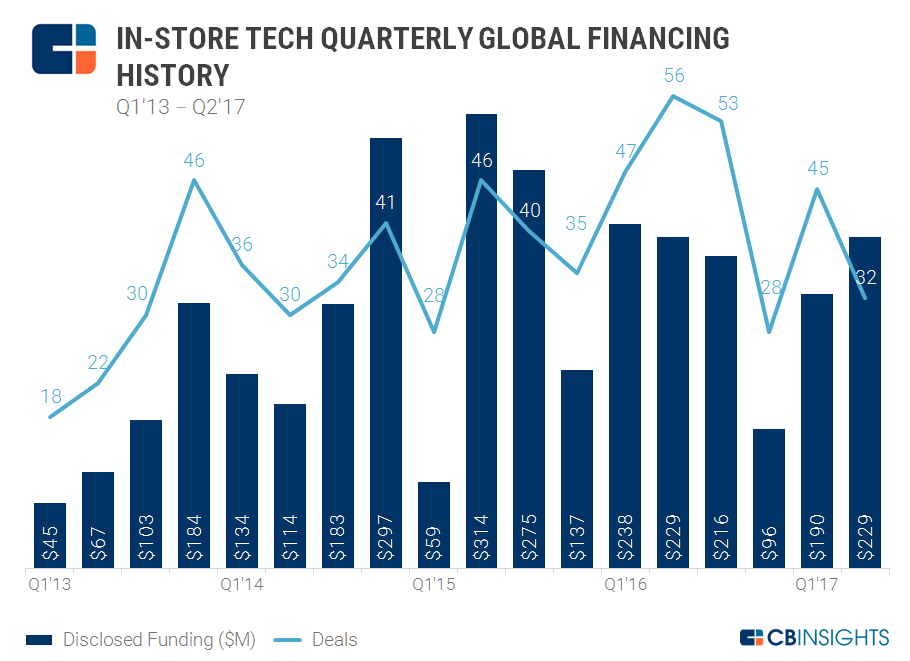 Startups working on tech for brick-and-mortar retail have the potential to upend the industry. Look for In-Store Retail Tech in the Collections tab.

The early days of Q3’17 saw a large mega-round to an in-store tech startup: Brain Corp, which is building autonomous navigation systems for retail robots, raised a $114M Series C from Qualcomm Ventures and Softbank Capital. The deal, which will help Brain Corp develop self-driving shopping carts and janitorial robots, is the largest deal in 2017 to date.

The $64M private equity round to Trax, described above, was the second-largest deal of 2017 (and like Brain Corp, Trax focuses on machine vision). The third-largest deal also took place in early Q3’17 — a $50M Series B to NewStore, a retail platform that merges in-store and mobile experiences. NewStore has $97M in total disclosed funding from General Catalyst, Activant Capital Group, and others. 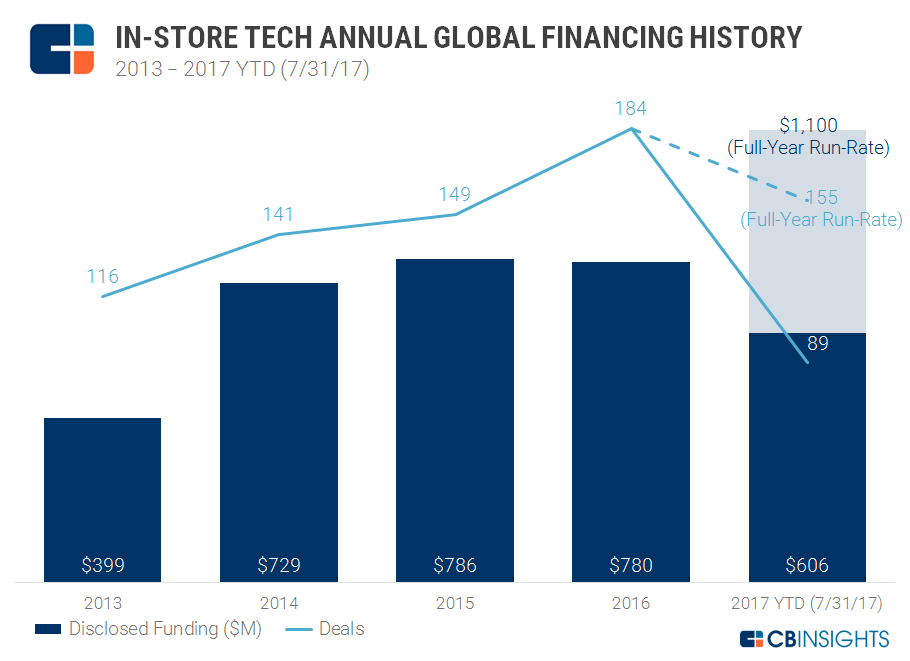