Recently, Blue Apron priced their IPO with a valuation lower than their previous round, and the company’s share price continues to fall in public markets. As other companies become M&A targets or get set to go public, not all will be good outcomes for investors. We used CB Insights data to map out the number of down exits in the US since 2012 for companies with disclosed exit valuations.

*Analysis is of first exits. Acqui-hires, asset sales, and exits for a valuation less than a previous valuation were analyzed.

While there’s been a general up and down in the number of down exits over time, 2016 broke 100 down exits. This happened previously in 2013, but slowed down in the few years after. 2017 has seen 49 down exits through the first half of the year, putting it on pace to be just under the previous year’s total. Some notable downrounds this year have been Nasty Gal (dropped by 94% in value from a high of $397M+) and RadiumOne (dropped by 89% in value from $200M).

To see our line by line list of recent downrounds and down exits, see our downround tracker. 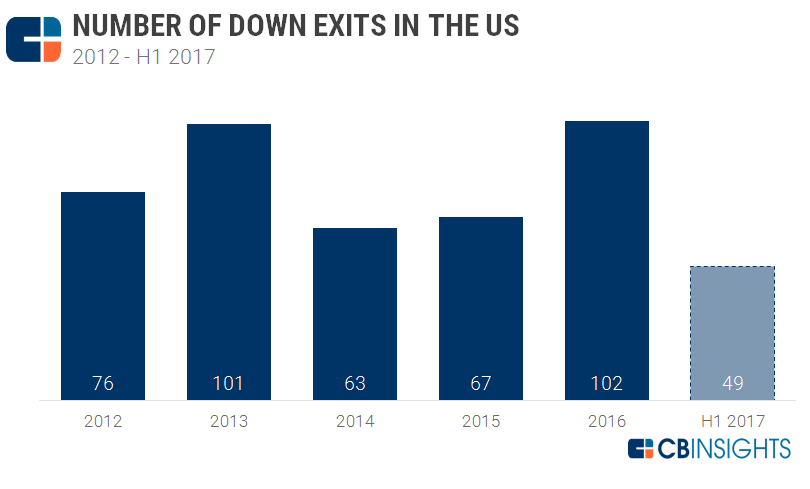 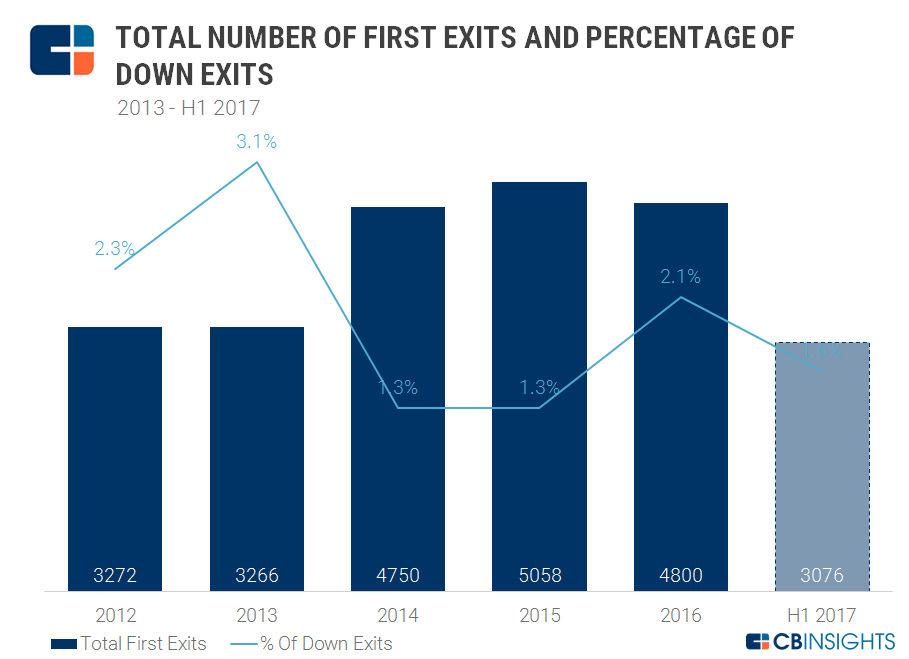