By combining better pizza and tech, Domino's Pizza seems to have found its recipe for success.

With its consumer-focused technology initiatives, Domino’s Pizza has managed to turn its luck around.

Technology-related terms were mentioned 248 times across Domino’s earnings calls since 2008, compared to the 47 times across Yum! Brands’ calls in the same time period. 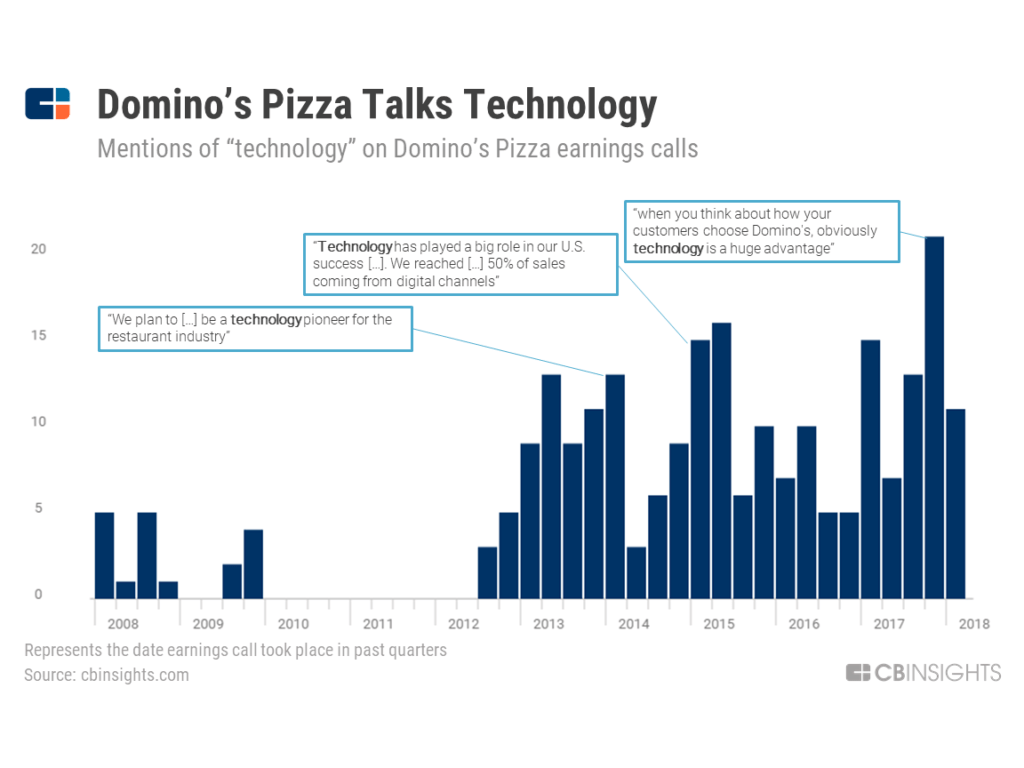 And the company has leveraged technological solutions to enhance both its ordering and delivery processes.

While most orders used to be phone-based, Domino’s Pizza started offering online ordering features in 2007. Among these, was a real-time pizza tracker feature.

Just 2 years later, online ordering grew to represent 20% of orders in the US.

But Domino’s Pizza’s biggest strength is its ability to adapt to changes in consumer behavior. The company has adopted new platforms to address these shifts, starting with mobile.

The company started by launching an iPhone app in 2011, followed by an Android app the next year.

And that’s paying off with mobile growing faster than desktops, as mentioned by CEO Patrick Doyle on an earnings call in Jul’17.

The company also pioneered omni-channel ordering with its AnyWare platform. 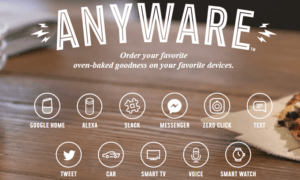 This allows customers to place orders with smartwatches, messenger apps, smart TVs, and in-car communication systems, among other devices.

Most of these new ordering platforms require customers to have a “Pizza Profile” which includes the customer’s name, address, and credit card details.

Customers with an existing profile can also save their favorite order and can quickly re-order it through the “Easy Order” feature.

The company introduced delivery options for over 150K US locations without addresses, including monuments and parks, starting in April 2018.

This includes the world’s first commercial pizza delivery by drone in New Zealand in Aug’16 in partnership with Flirtey, self-driving delivery vehicle tests with its car maker partner Ford, and robot delivery in Germany with Starship Technologies.

While still in development and somewhat gimmicky, these delivery solutions could make it easier to deliver in places inaccessible for traditional delivery drivers. They could also make it cheaper, safer, and faster to deliver food.

But they’ll have to overcome a number of hurdles, including regulatory scrutiny from cities. For instance, San Francisco banned delivery robots from most city streets in December as a result of pedestrian complaints.

Domino’s Pizza is working on staying ahead of its competitors by pioneering and testing new delivery technologies. Not only could it help the company decide which solution(s) to use from an economics perspective, but it could also make integration into existing systems easier.