Ninebot, which builds a "one-wheeled personal transportation robot," has raised $80M from investors, including Sequoia Capital and Xiaomi.

As urban populations become more dense, cars are becoming less practical and people are looking to bicycles and other forms of personal transportation. There have been notable failures in this space: Segway was touted as revolutionary, but could not live up to the hype.

We used CB Insights data to outline newer companies trying to revolutionize the personal-transportation space, including the company behind Ninebot, the one-wheel “personal transportation robot,” which recently bought Segway. Ninebot has raised $80M from investors, including Sequoia Capital and Xiaomi. While several companies, including Zero Motorcycles and Alta Motors, manufacture different types of electric motorcycles, companies like Ryno and Whill are developing entirely new categories of transport vehicles. Below are examples of these companies with pictures of their products (taken from their respective websites). 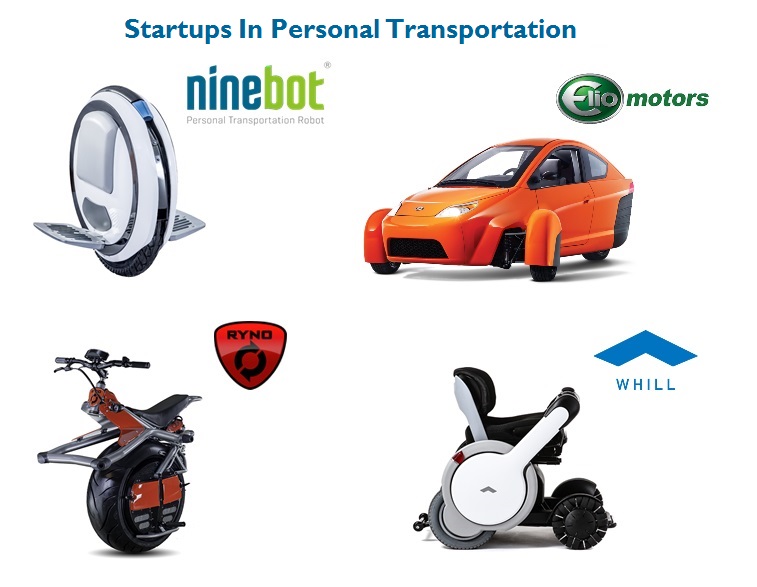 Below is a longer list of companies trying to disrupt walking with alternate forms of personal transport. 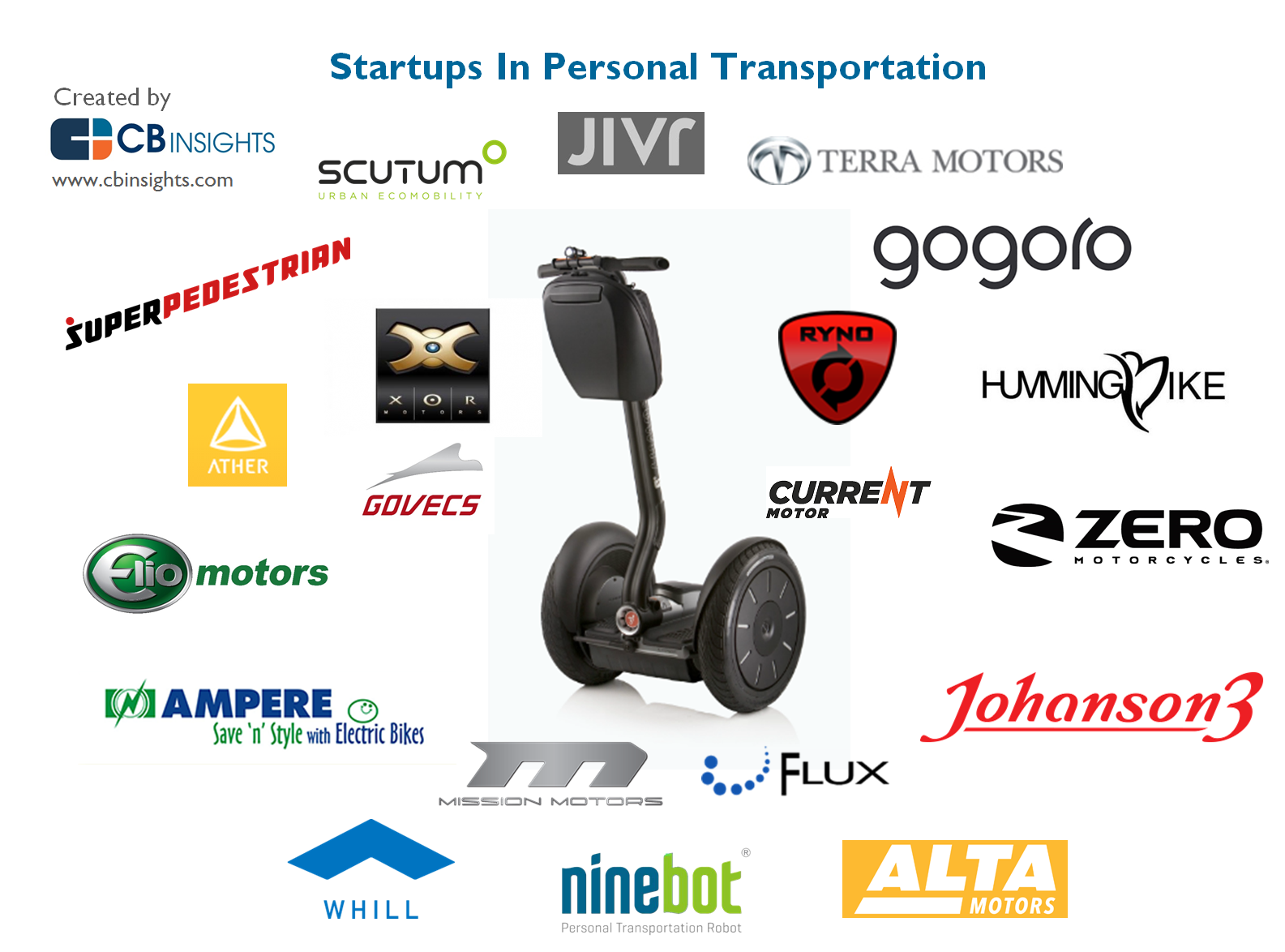 Want more data on transportation startups? Check out our venture-capital database below.