Research Brief
4281
Investors have been wary of the challenging digital media landscape, littered by failures such as Mode Media, Circa, and This.

The digital media startup landscape is on the decline. Startups in this category, which includes content startups and curation/aggregation sites, face several perennial challenges.

The principal one is building a large audience in the shadow of Facebook and Google, which suck all the oxygen out of the room in the way of digital ad dollars. Others are the low price of digital ads, as well as the commodification of news and a glut of “click bait” entertaining content.

While many niche sites, video-focused sites, and subscription-focused businesses have established themselves with some success, the last few years have seen general-audience and ad-driven businesses of several types face challenges, consolidate (as was the case with the formation of Group Nine Media out of a cluster of digital media properties). And some, like Mode Media, Prismatic, and aggregation site This., have shut down. Investors have been wary. 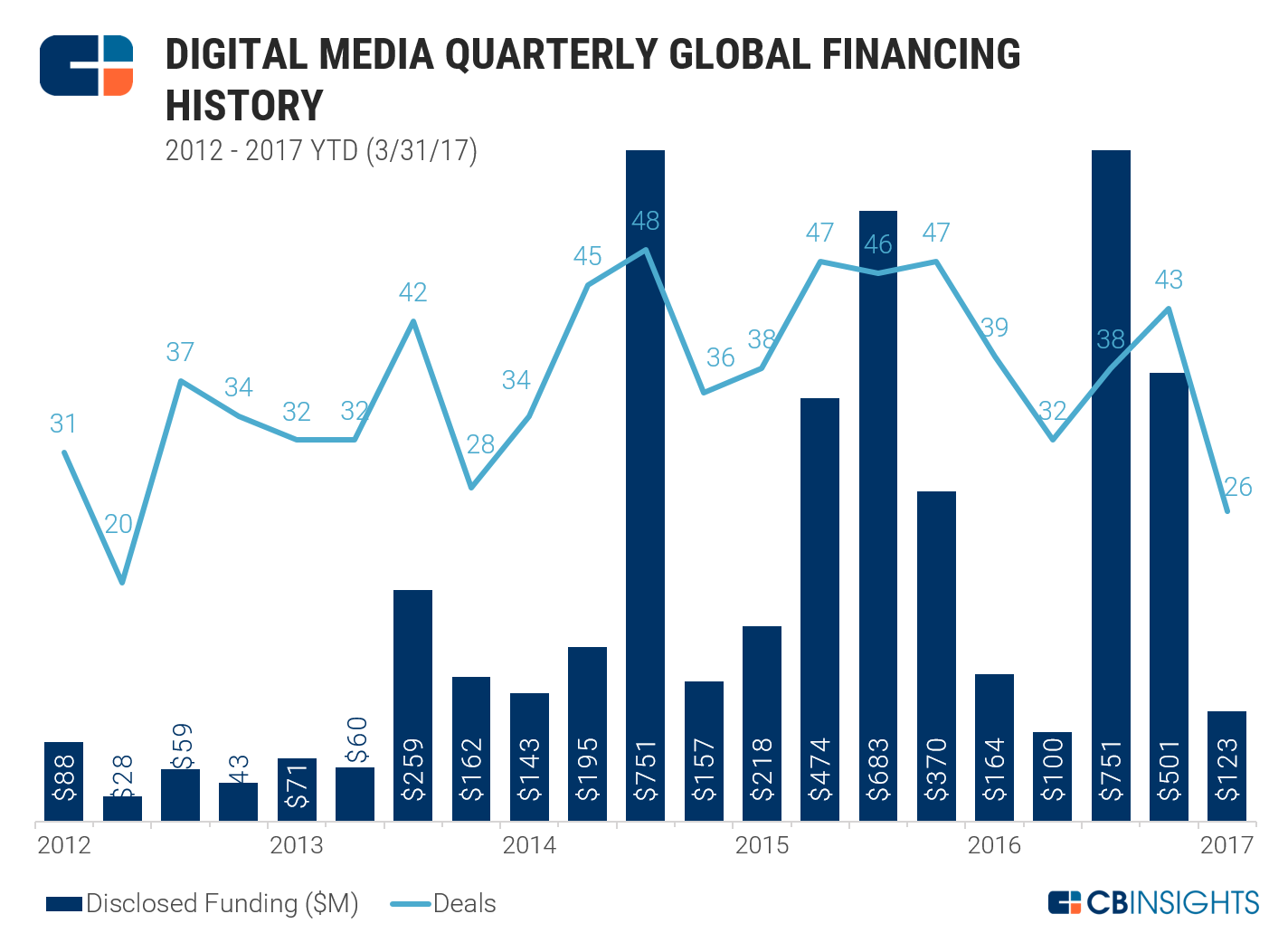 Note: The data above does not include big recent rounds to Toutiao in China ($1B from investors including Sequoia Capital China) and millennial-focused Mic (including the backing of Lightspeed Venture Partners), which were announced in the beginning of the second quarter.