Q2'17 has seen the three top deals ever to private digital media companies, but deal activity is expected to continue its YoY decline.

Digital media company Vice Media closed its fourth 9-figure financing round on Monday with a $450M private equity raise financed by TPG Capital. The deal brings Vice’s total funding to $1.22B and lands the company a $5.7B valuation, making it one of the highest valued companies in the digital media sector.

Vice’s latest round brings the total number of financings to VC-backed digital media companies to 56 for 2017 YTD. Total funding has reached $2.2B for the year to date – already amounting to a six-year high for the space. In fact, Q2’17 has now seen the three top deals ever to private digital media companies — with Group Nine Media and Toutiao closing mega-rounds this quarter, in addition to Vice’s round.

Yet even with the digital media sector seeing increased concentration of mega-deals to a small number of well-funded late-stage players, CB Insights data shows the space will likely see its second annual drop in total deals in full-year 2017.

VC-backed digital media companies are on track to see just 120 financings for the year – representing a 32% drop from the five-year high of 178 total deals in 2015. 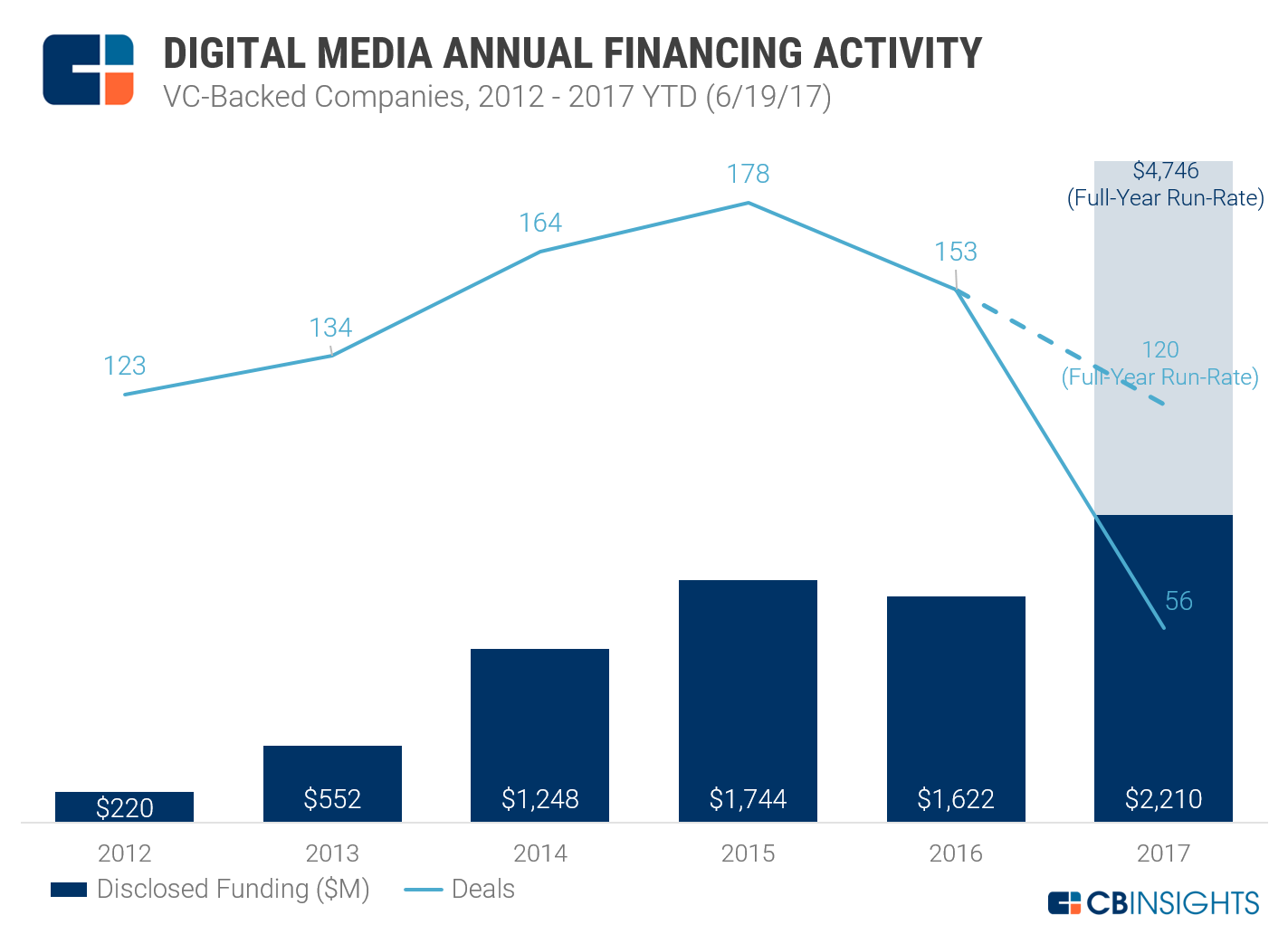 The Vice round was the third-largest digital media deal of the last five years, but all three of the top mega-rounds to date took place this quarter: Beijing-based Toutiao (aka Bytedance) raised a $1B Series D in April, bringing its valuation to a staggering $11B, and New York-based Group Nine Media closed a $485M round in May. 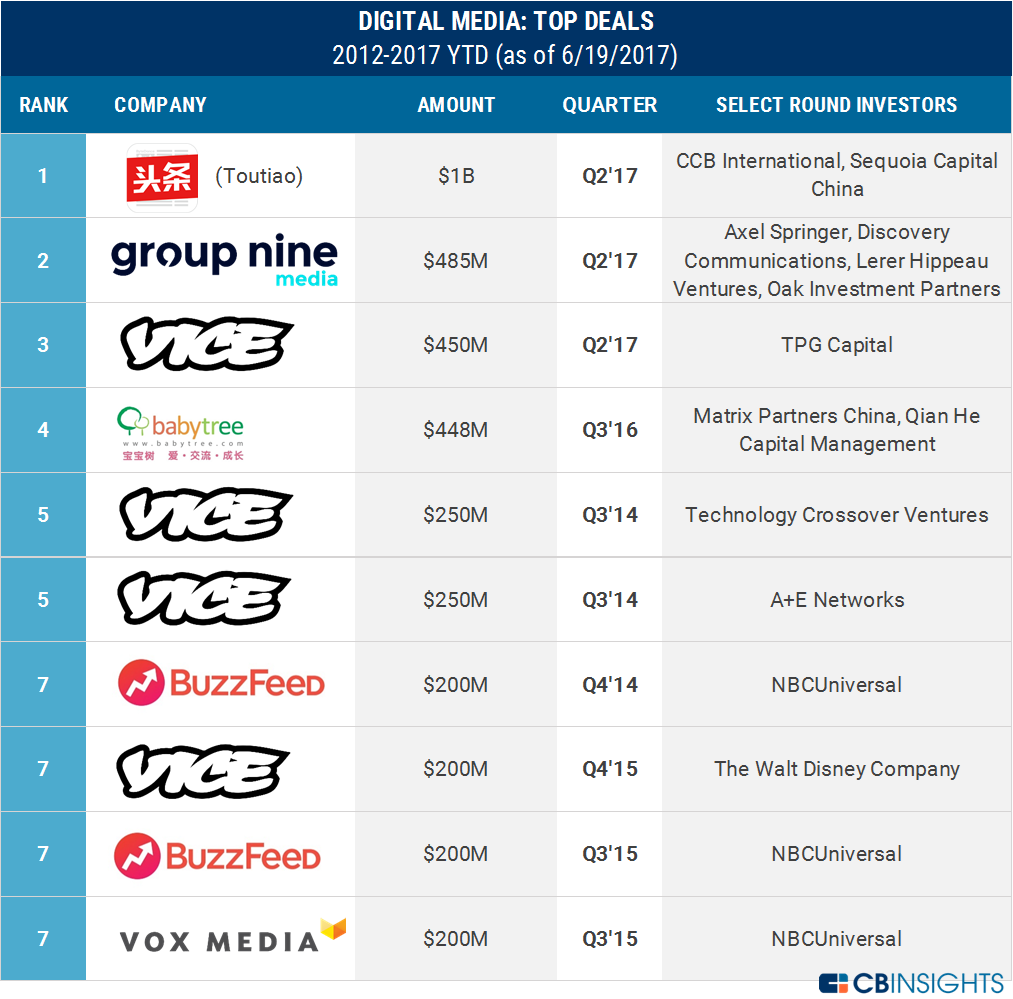 Those three deals alone put total funding for Q2’17 at nearly $2B, making this already the top-funded quarter of the last five years by a very large margin (current quarter not shown in chart). No prior quarter has ever broken $1B in funding to digital media startups. The previous funding total high was in Q3’14 when Vice raised two back-to-back rounds accounting for $500M of a total $753M in quarterly global funding. 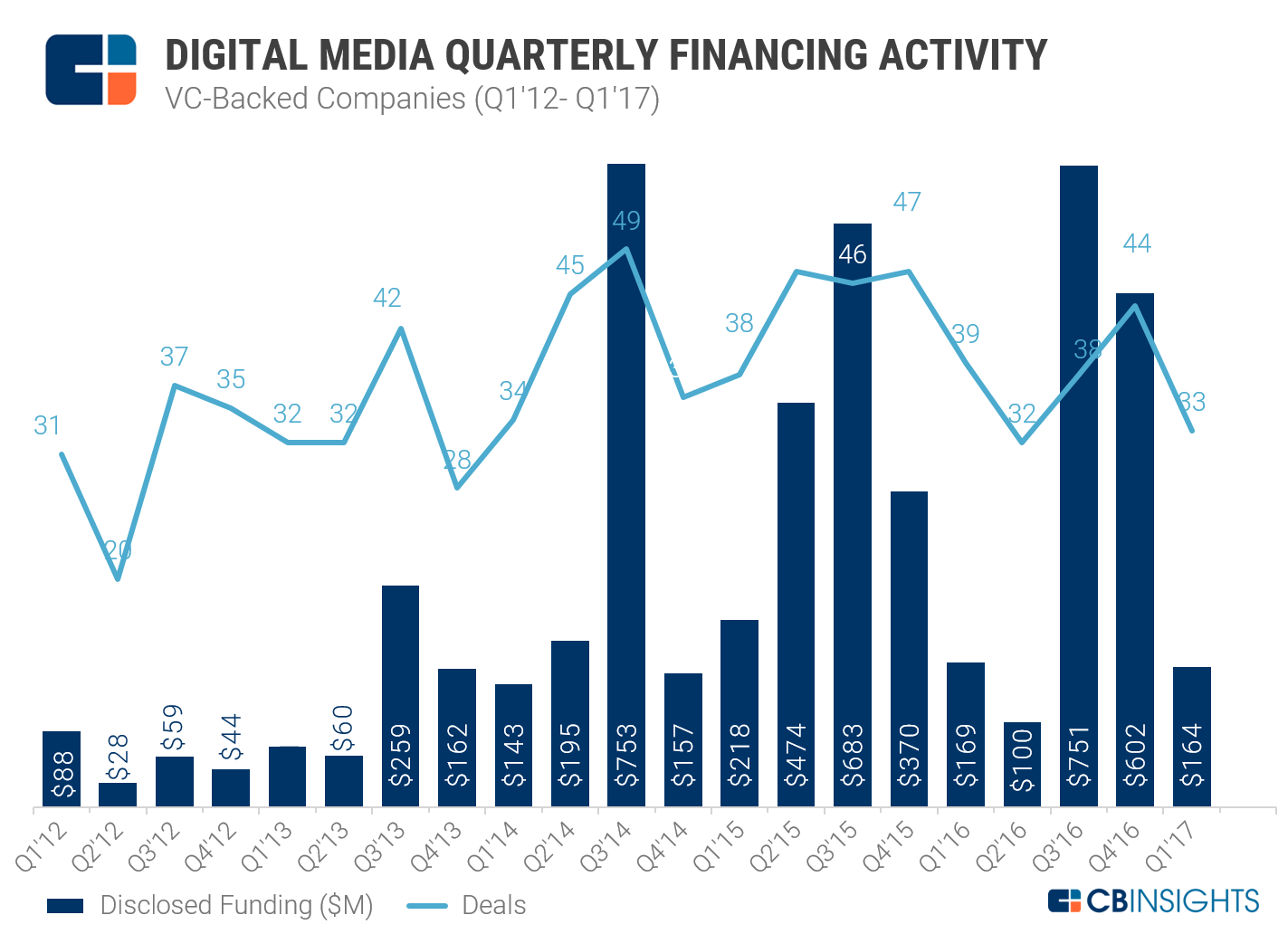 As mature digital media startups like Vice and BuzzFeed close multiple mega-rounds, deal share to early-stage digital media companies has diminished. So far in 2017, only 38% of total deal volume has gone to VC-backed early-stage (seed or Series A) startups compared to 53% for full-year 2016 (and even more in years prior). 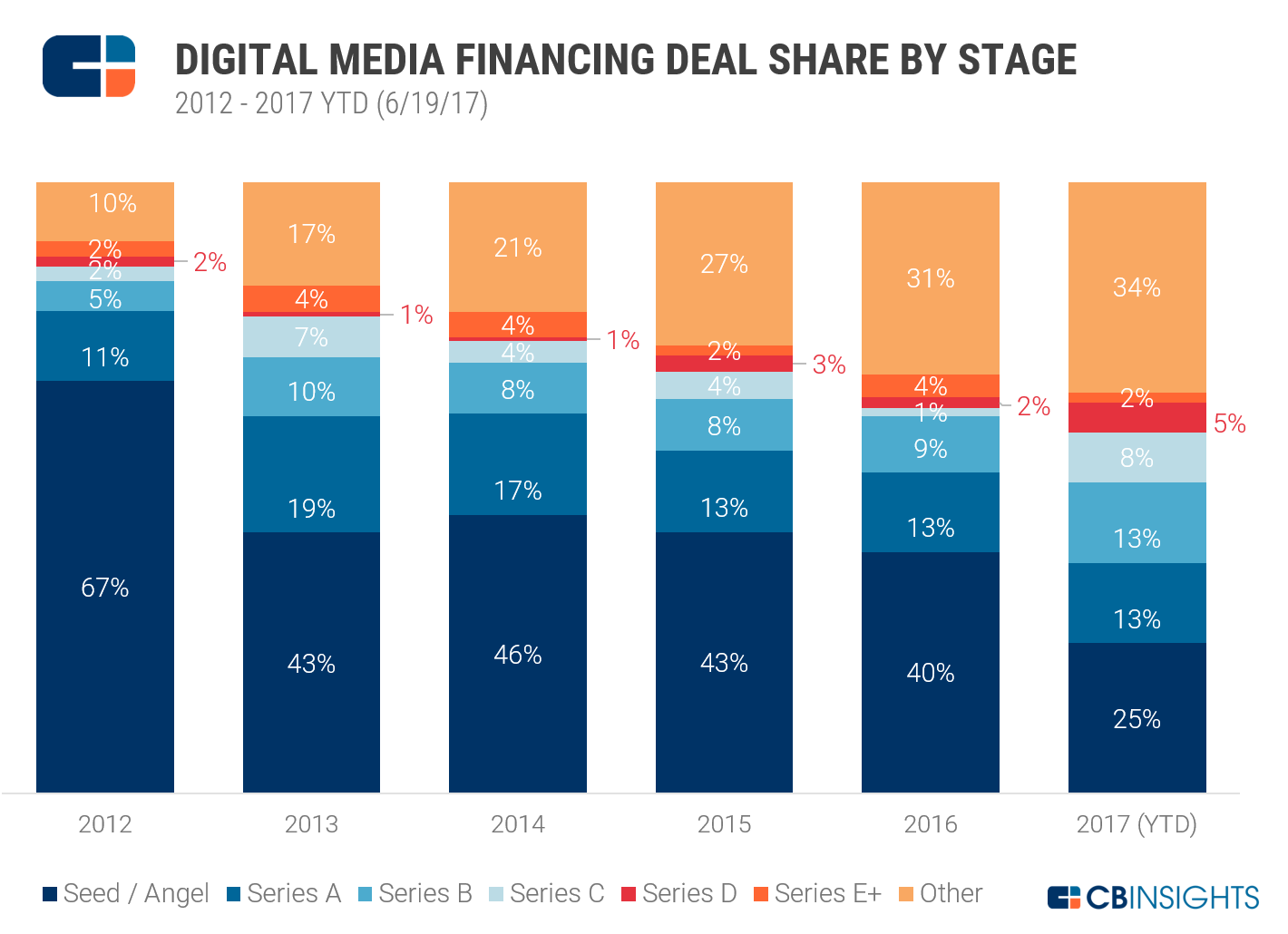 As mature players raise larger rounds, smaller media startups with traction may become acquisition targets for well-funded media companies like Vice, Vox, and Buzzfeed as they try to build scale, occupy new audience niches and develop new formats. VICE CEO Shane Smith has acknowledged as much: Last August, Smith told a press audience that his company was building a war chest of funding to “go out there and buy market share” in the digital media sector in advance of a mergers-and-acquisitions “bloodbath.”
Want more data about top digital media companies? Log in to CB Insights or sign up for free below.