Funding and deal flow to private digital health startups has increased nearly every year since 2009, reaching $6B in 2016 across 918 deals. And investors remain bullish. We are now seeing mega-rounds over $100M to companies such as Oscar Health, Flatiron Health, Grail, and many others.

While the large majority of funding has gone to US-based startups, startups globally are addressing the challenge of improving healthcare. For example, Oura in Finland is developing innovative wearables, while Asistia in Mexico is helping seniors find affordable home care.

Below, we used CB Insights data to track funding and deal flow to companies operating in the US and internationally. We also created a map of some of the most well-funded non-US-based private digital health startups across the globe. 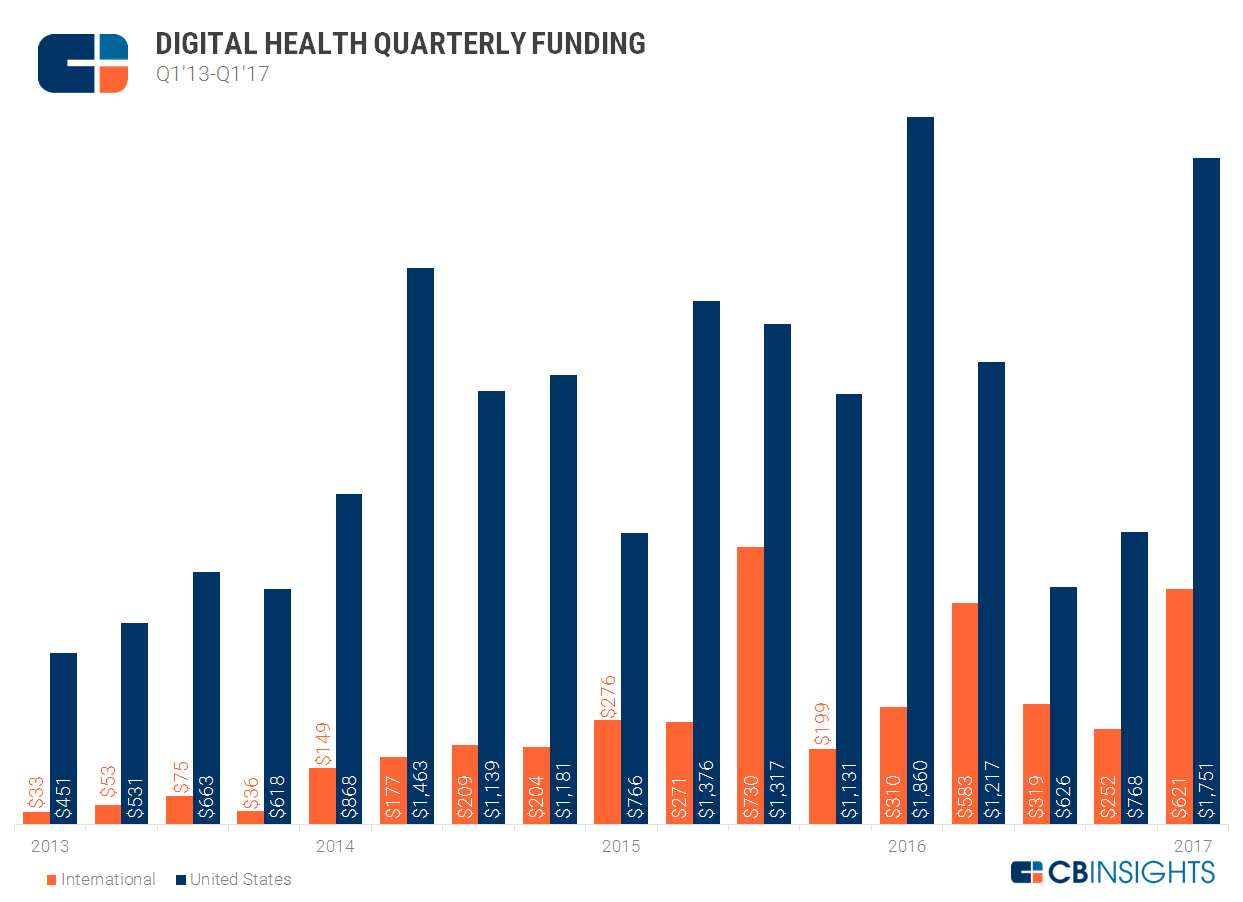 A few of the larger US-based deals in Q1’17 were Grail‘s $900M Series B from investors including Amazon and ARCH Venture Partners, Alignment Healthcare‘s $115M equity round from Warburg Pincus, and PatientsLikeMe‘s $100M Series C from iCarbonX and Invus Group. 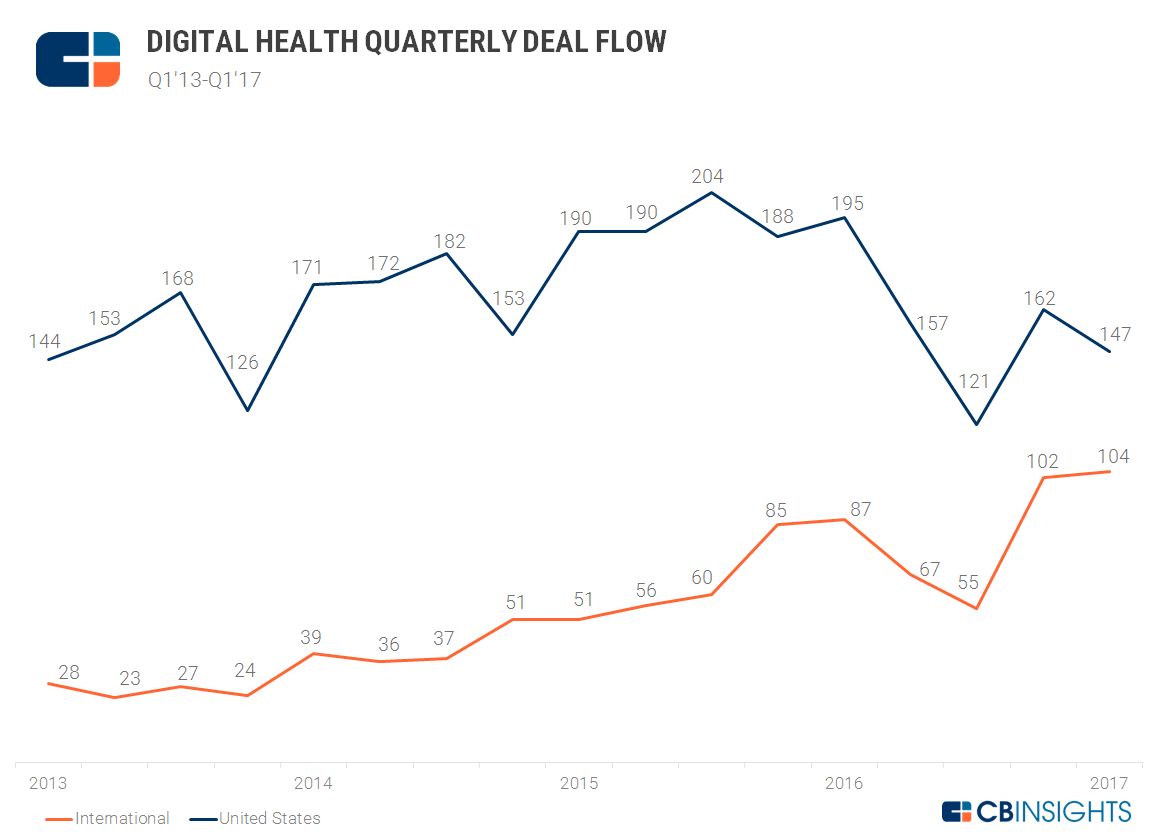 Recent international deals include the $1.08M seed round of La Ciotat, France-based HelloCare from Inovalis and P. Factory, the $14M Series A of Guangzho, China-based Kingdee Healthcare from the Yongjin Group and JD.com, and the $17.12M Series B of Mumbai, India-based PharmEasy from Bessemer Venture Partners, Aarin Capital, and Orios Venture Partners. 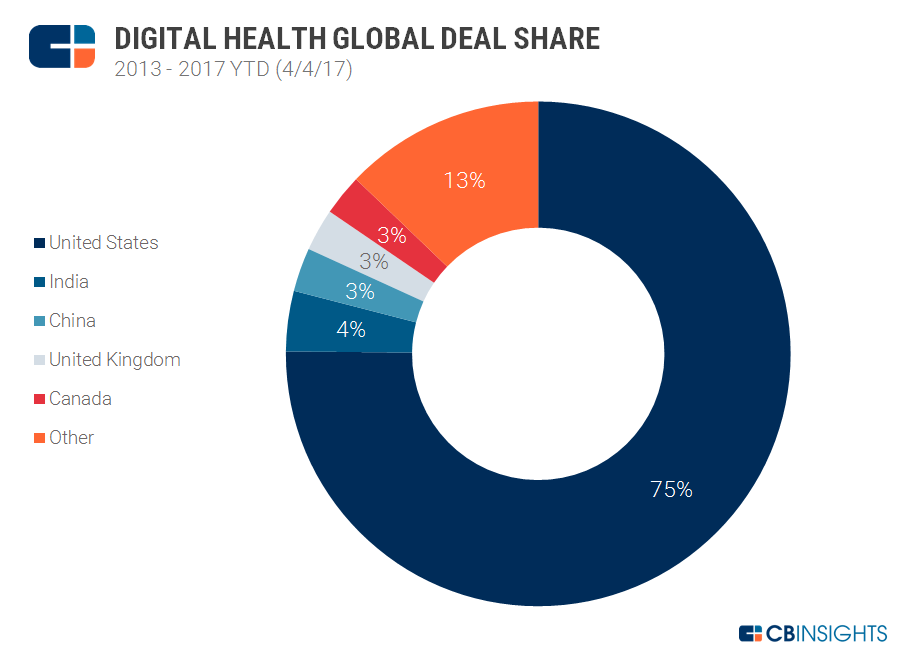 US-based digital health startups have received 75% of the global deal share since 2013. India took second with 4%, followed by China, the United Kingdom, and Canada.

For our map, we identified the countries receiving the most funding to digital health startups and identified up to 3 of the most well-funded private startups within each country. Kenya was also included to showcase some of the top deals in Africa. 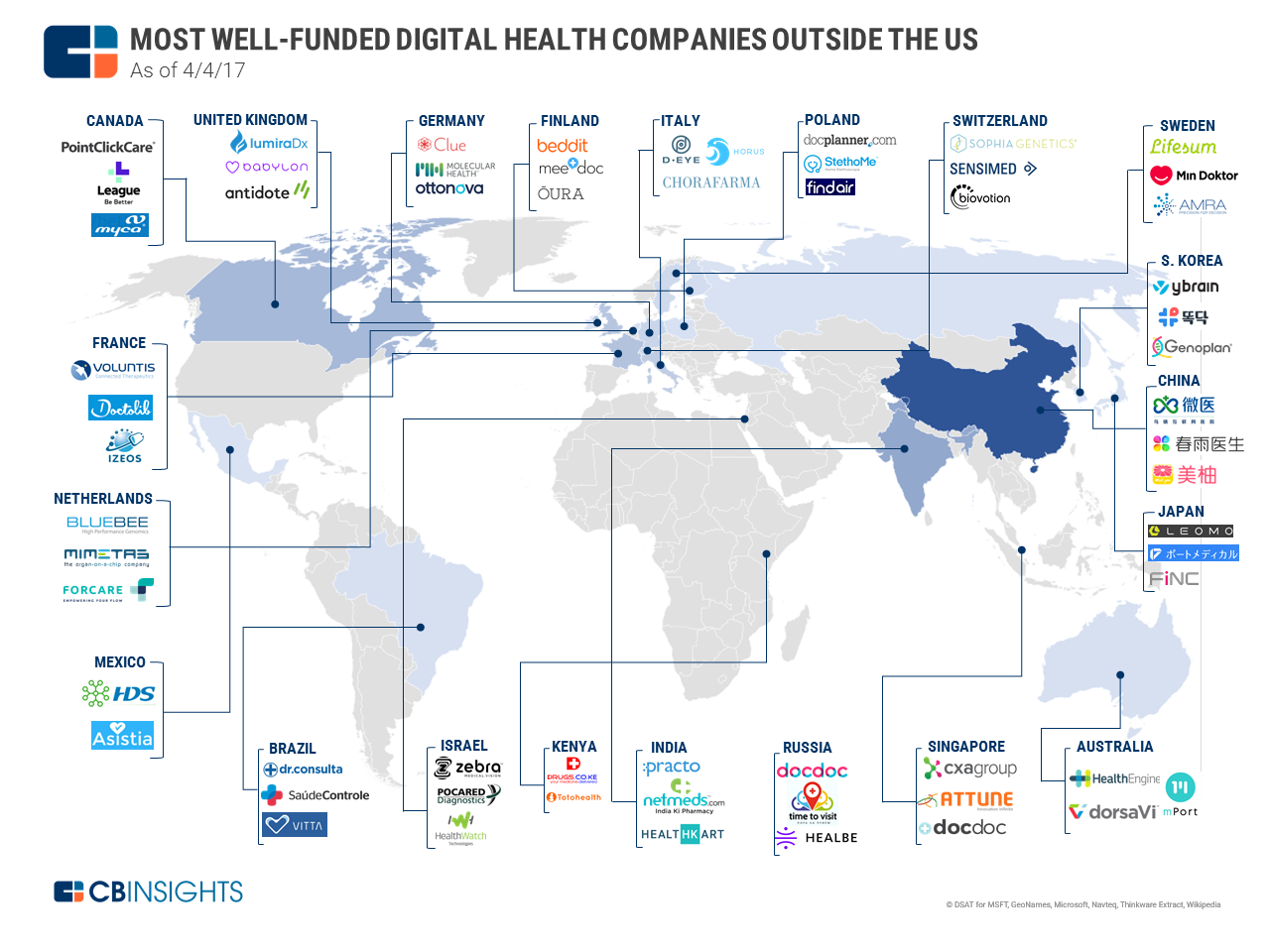 Want more data about top digital health startups? Log in to CB Insights or sign up for free below.