After a dip in H2'16, digital health financing is on the rebound, with deals and funding on track to hit new highs in 2017.

Funding to digital health startups has increased every year since 2012, hitting a record of $6.9B in 2016. And investors remain bullish on the sector, with 2017 on track to hit $10B in disclosed equity funding, which would set yet another annual record.

This year has already seen multiple mega-deals to startups targeting everything from cancer diagnostics to health insurance. GRAIL saw the largest deal to date, a $914M Series B with investors including Amazon, Tencent Holdings, and Johnson & Johnson Innovation.

Using CB Insights data, we analyzed deal and dollar trends in the digital health sector. We define digital health as companies in the healthcare space that use software as a central piece of the company’s product offering, including but not limited to mobile health, telemedicine, genomics, and electronic medical records. Products like pharmaceuticals, mechanical devices, and hospital systems are excluded.

The largest deals of the year so far include GRAIL‘s $914M Series B (mentioned above), Outcome Health‘s $500M growth equity round from investors such as capitalG and Goldman Sachs, and Guardant Health‘s $360M Series E (also mentioned above), with investors including Khosla Ventures, Lightspeed Venture Partners, and OrbiMed Advisors. 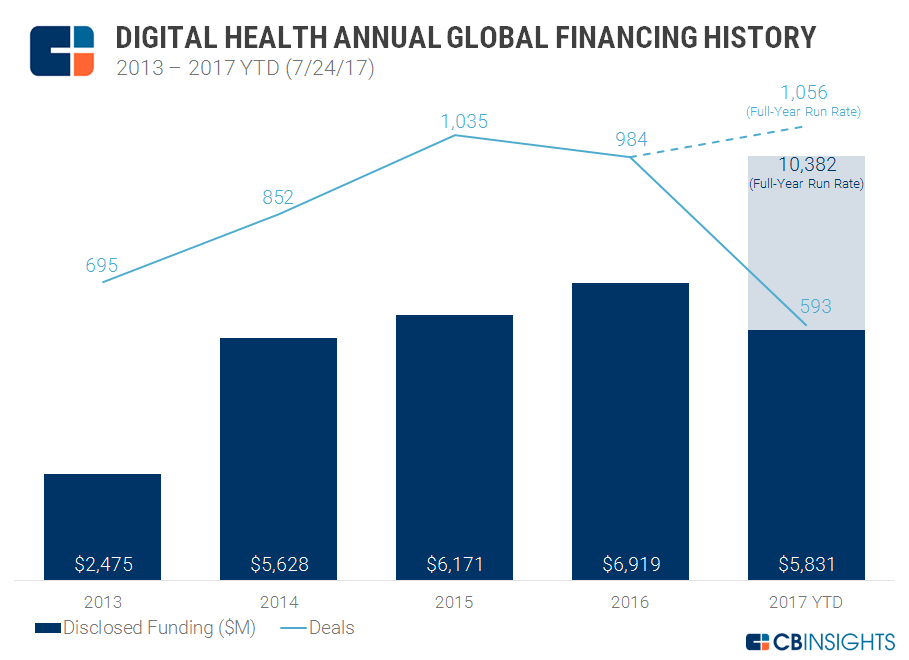 In general, deals and equity funding to digital health startups trended up through Q1’16, before taking a steep dip through Q3’16, in large part due to a drop in seed VC and Series A deals. However, global deals and funding appear to have rebounded, and have been trending up ever since.

In addition to Outcome Health and Guardant Health, the largest deals of Q2’17 include the $325M Series E of personal fitness company Peloton Interactive, the $231 equity raise of EMR provider Modernizing Medicine, and the $160M Series B of health insurance startup Bright Health.

Peloton was backed by Kleiner Perkins Caufield & Byers, True Ventures, and NBC Universal, among others. Bright Health was backed by investors including Bessemer Venture Partners, Redpoint Ventures, NEA, and Greycroft Partners, while Modernizing Medicine’s round was backed solely by Warburg Pincus. 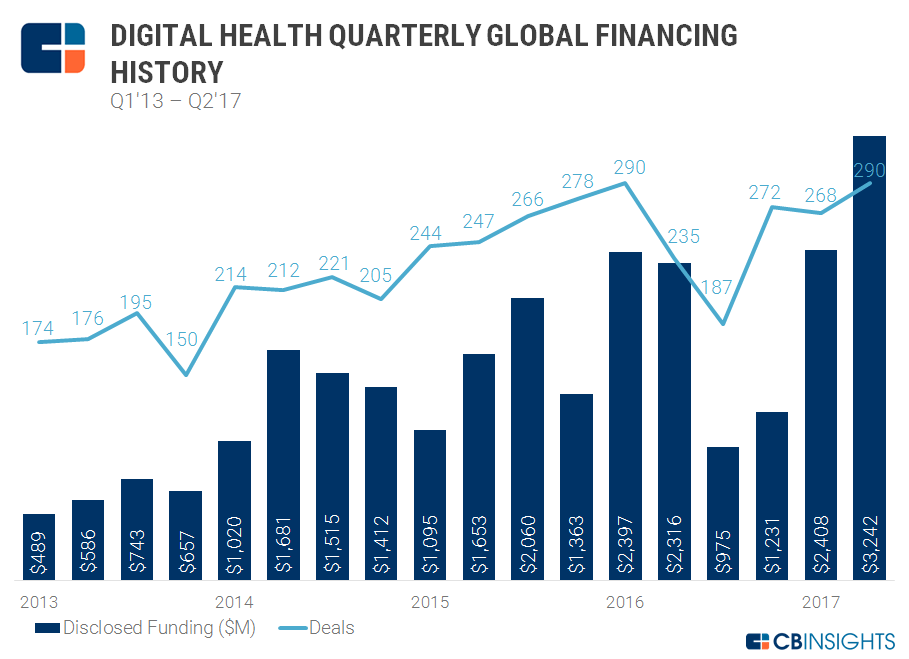 Deals to early-stage (seed / angel and Series A) digital health startups have remained relatively steady over the past four years, never dipping below 54% of total deal share. In 2017 YTD, early-stage deals have taken 54%, with seed / angel deals representing 39% of deal share (down slightly from 42% in 2016). 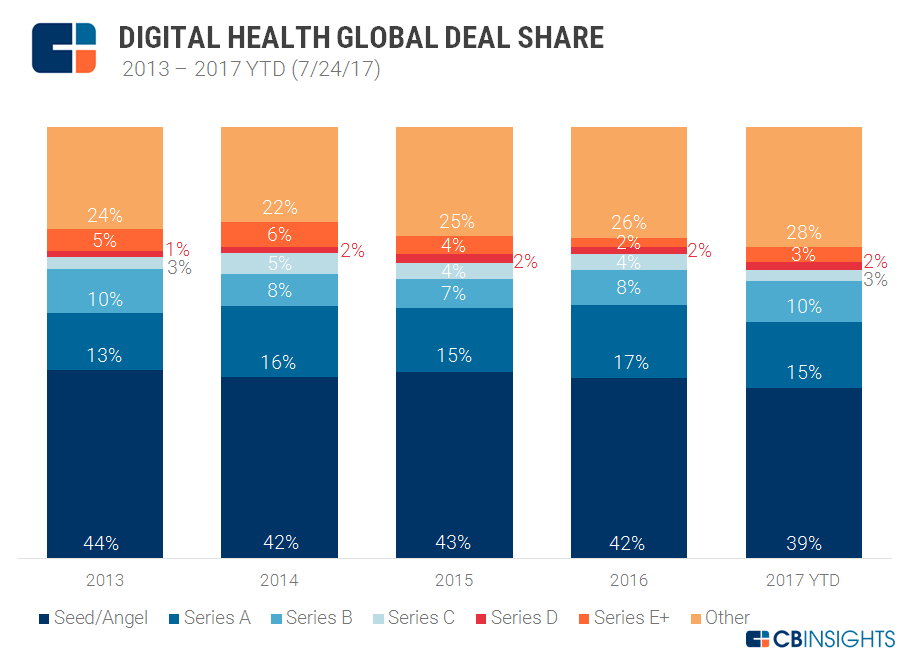