Dollar funding to digital health startups is up 36% in the most recent four quarters as big-name investors back startups like Oscar, Jawbone, and Proteus.

Digital health is increasingly a hot area for investment, especially as more valuable applications emerge for hospitals, doctors, and consumers. We used CB Insights data to take a look at the overarching financing trends in digital health, as well as top investors and companies. 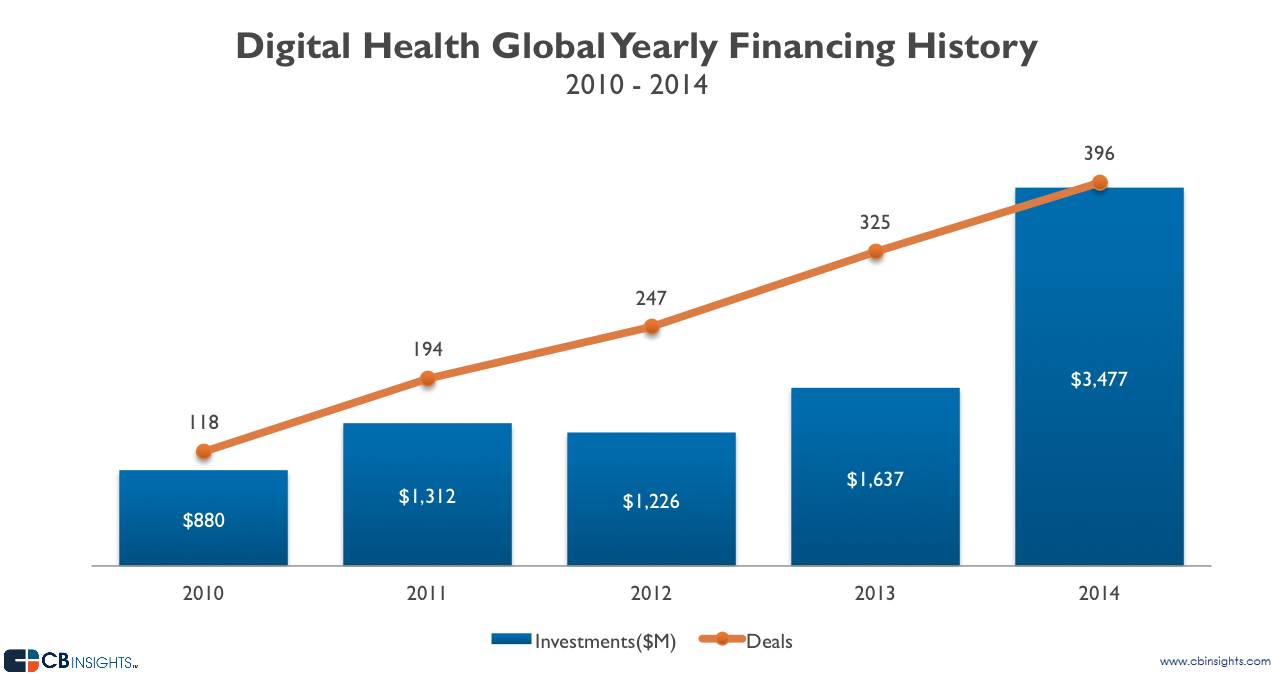 The quarterly breakdown gives us a more in-depth look at the industry’s growth. In the most recent four quarters, including Q2’15, funding to digital health rose 36% compared to the funding amount in the previous four quarters. Q2’15 saw about $1B invested over 105 deals. It was the third $1B+ quarter for digital health funding since the start of 2014. The biggest Q2’15 deal was a $145M investment in Oscar Health Insurance by Goldman Sachs, Founders Fund, and others. 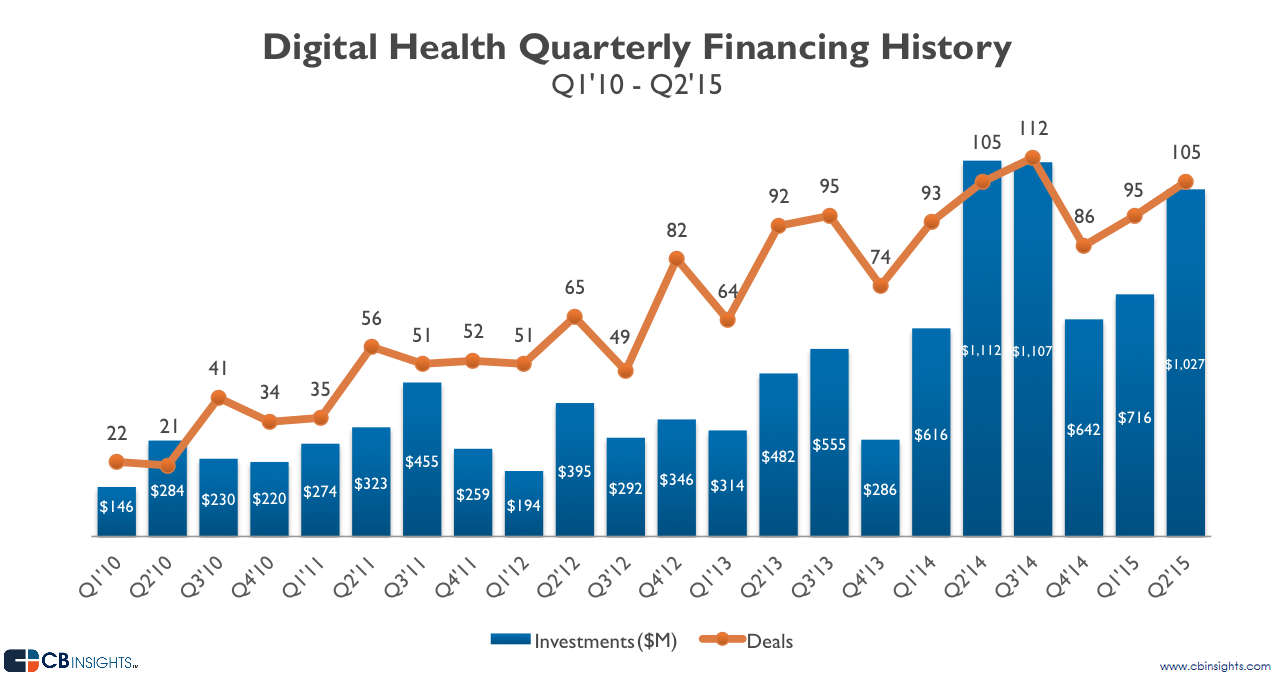 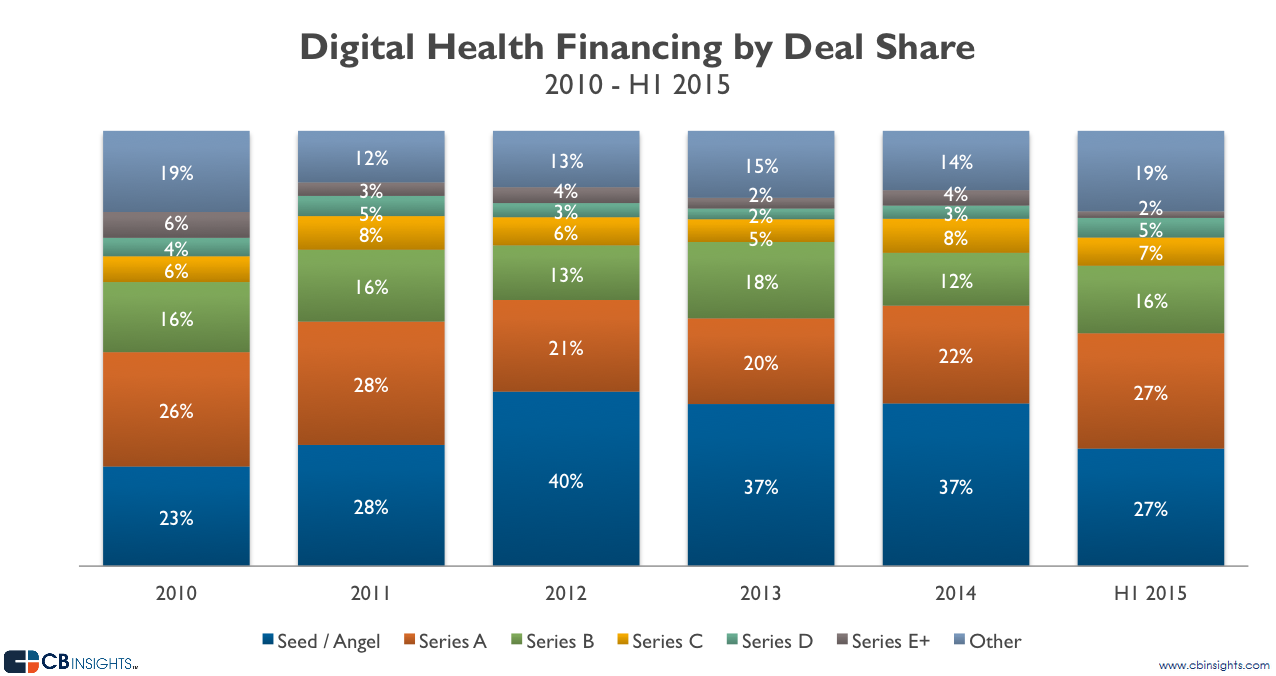 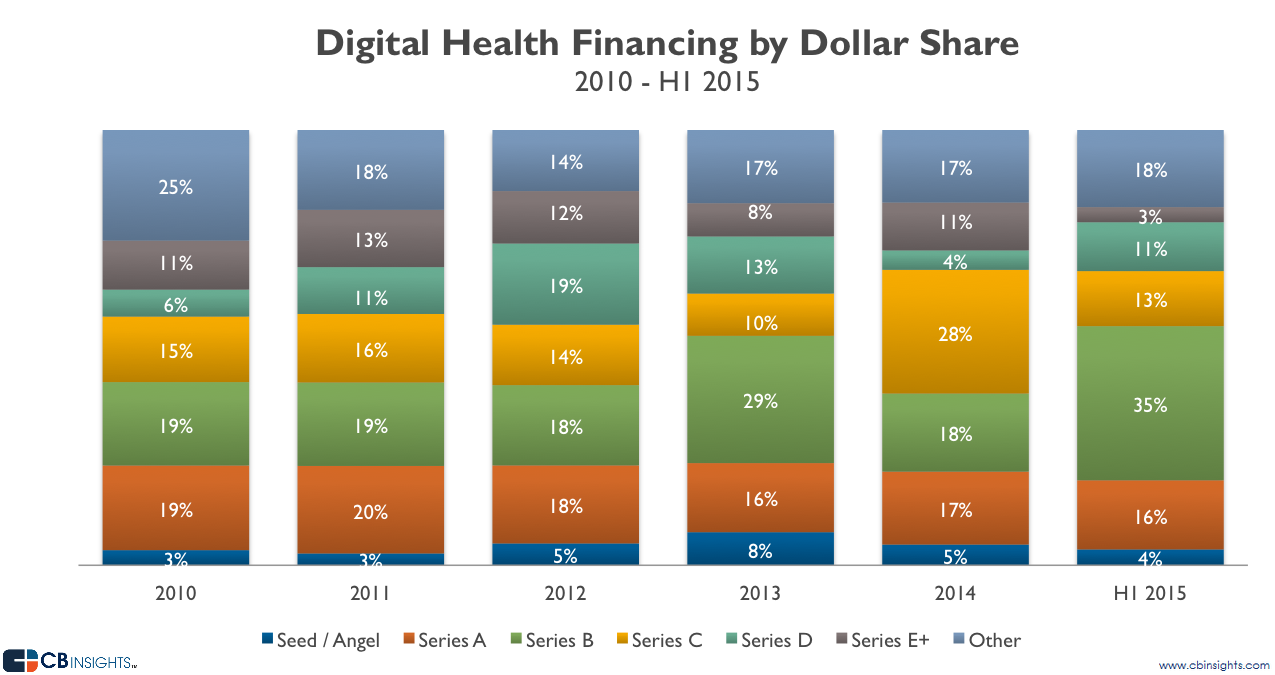 Jawbone, Fitbit’s fitness-tracking rival, claims the top spot for most well-funded companies in digital health, having raised a total of $613.8M. However, $393M of the funding is debt. Second on the list is Privia Health, with a total of $414M invested by Goldman Sachs, Health Enterprise Partners, and others. The full list is below.

Rock Health is also the most active early-stage investor with nearly all of its investments being early stage bets. Second on the list is 500 Startups, which has also invested exclusively in early-stage deals. Some of 500 Startups’ investments include Transcriptic and BetterDoctor.