In 2016 investors continued to ramp up their deals to companies aiming to use digital solutions to remedy pain points in the healthcare system. Global equity funding to private digital health startups grew for the 7th straight year in 2016, hitting a high of $6.1B. While the large majority of rounds went to early-stage, seed and Series A companies, a few more mature companies also raised notable mega-rounds.

This past year saw mega-rounds of $100M or more to insurance provider Oscar Health Insurance and oncology software platform Flatiron Health, among many others. Meanwhile, valuations at exit also remained strong. In February 2016 Truven Health Analytics was acquired by IBM at a valuation of $2.6B and NantHealth IPO’d in June at a valuation of $1.6B.

Below, we take a look at funding and deals to digital health startups from 2009 through 2016. 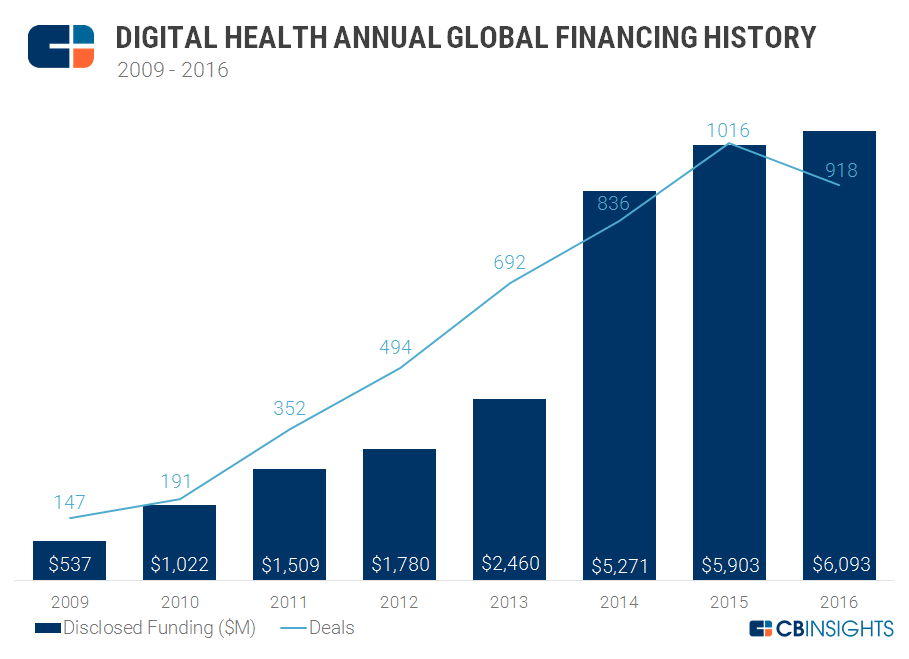 A few of the larger deals in Q4’16 were Crossover Health‘s $92M equity round from Gurnet Point Capital, WellTok‘s $33.7 Series E from investors including Qualcomm Ventures, NEA, and InterWest Partners, and PatientPing‘s $31.6M Series B from Andreessen Horowitz and Leerink Partners. 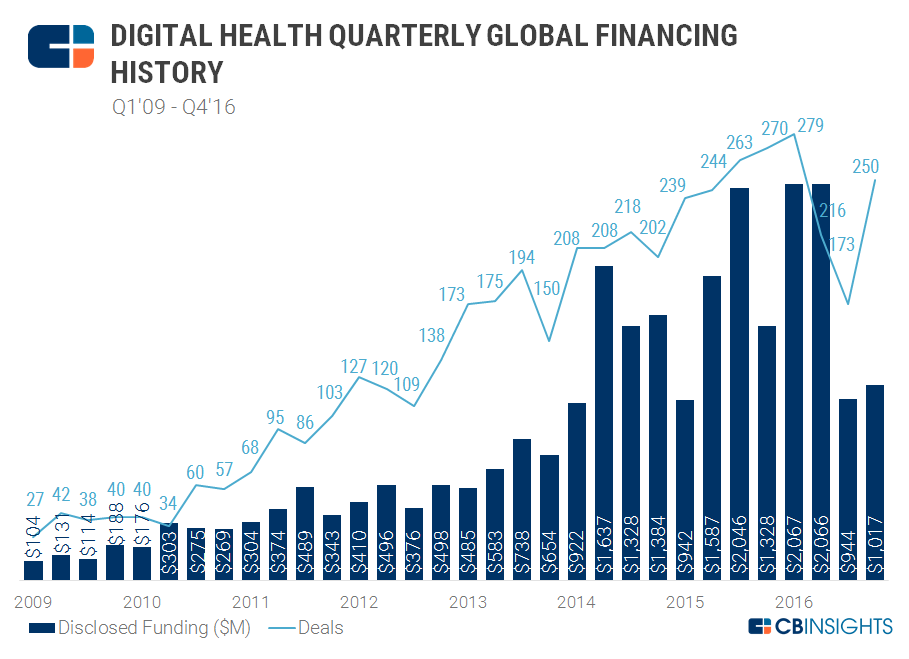 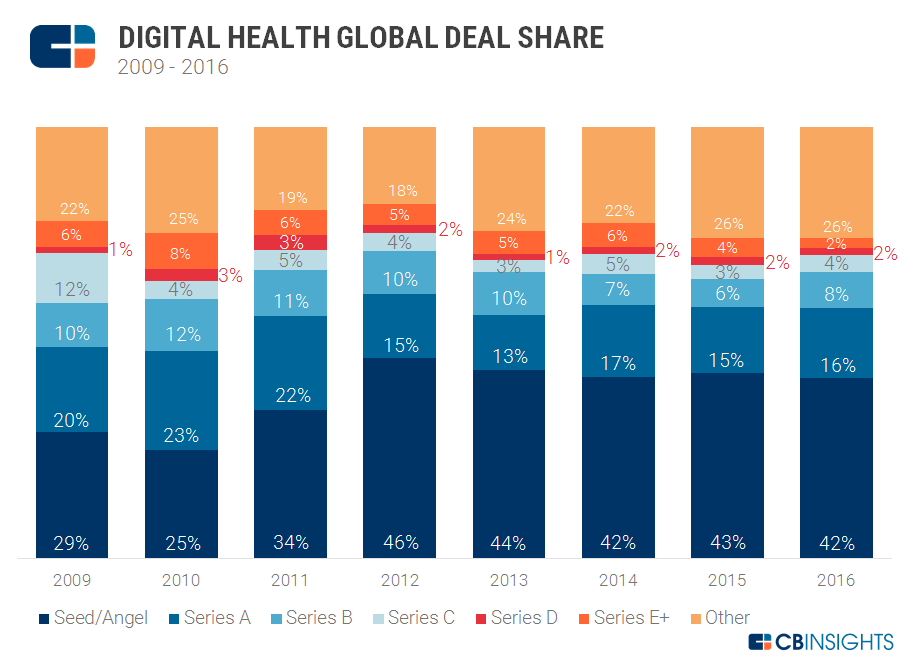