Deals to digital health startups fell for the first time in 4 years in 2016. Global funding into the sector, however, grew for the 7th straight year in large part due to sizable rounds to Oscar Health Insurance and Ping An Haoyisheng.

And 2017 is off to a strong start. This past week has seen the $20M Series A of medication delivery service Capsule and the $11M Series A of online prescription platform Lemonaid Health. Novartis Venture Funds participated in Lemonaid’s round, echoing the trend of pharmaceutical giants making increasingly more bets on digital health startups.

Using CB Insights data, we analyzed deal and dollar trends on an annual and quarterly basis to the digital health sector. We define digital health as companies in the healthcare space that use software as a central piece of the company’s product offering, including but not limited to mobile health, telemedicine, genomics, and electronic medical records. Products like pharmaceuticals, mechanical devices, and hospital systems are excluded.

The largest deals of the year so far include GRAIL‘s $914M Series B from investors including Amazon and ARCH Venture Partners, Modernizing Medicine‘s $214M equity raise from Warburg Pincus, and Hao Daifu‘s $200M Series D from Tencent Holdings. 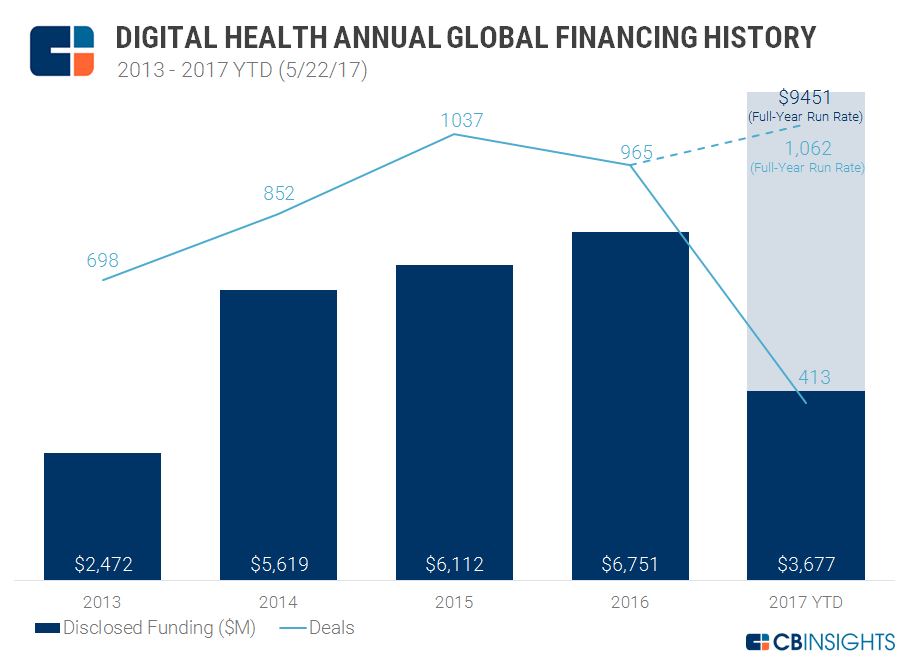 In general, deals to digital health startups trended up through Q1’16. However, the sector has been on rocky footing lately with Q2’16 and Q3’16 seeing big drops in deal flow. In Q4 deals pushed back up, then declined again slightly in Q1’17.

A few notable deals that occurred in Q1’17 include the $90M raise of health data and cloud computing platform Nuna, the $65M raise of cancer diagnostics startup Freenome, and the $115M raise of population health management company Alignment Health led by Warburg Pincus. 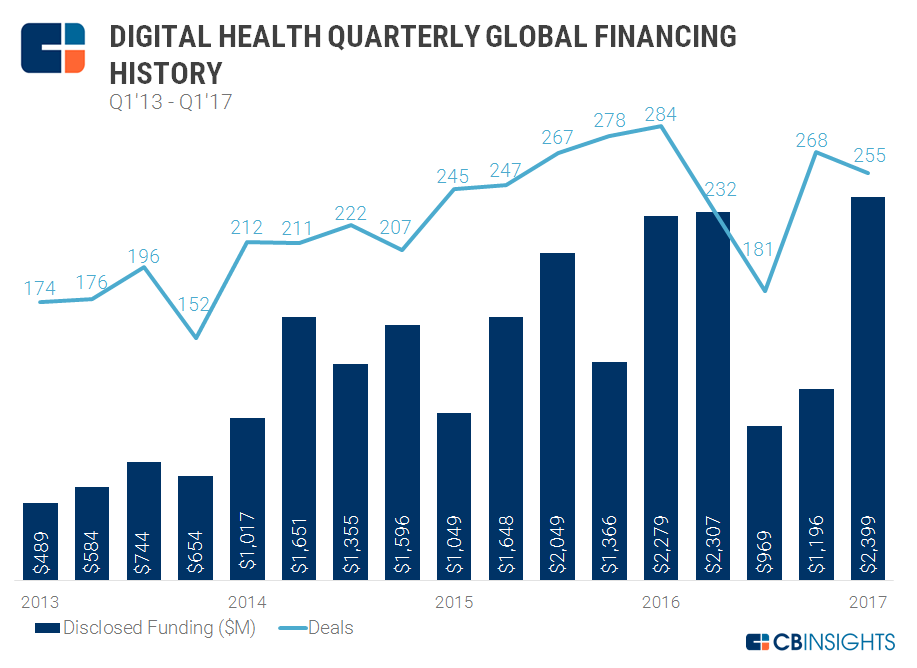 Digital health is still a maturing sector with relatively few break out exits to date. However, investors appear to remain optimistic as early-stage rounds (seed & Series A) continue to receive the largest share of deal flow. In the past 4 years, early-stage deal share has not dropped below 57% of all deals to digital health startups. 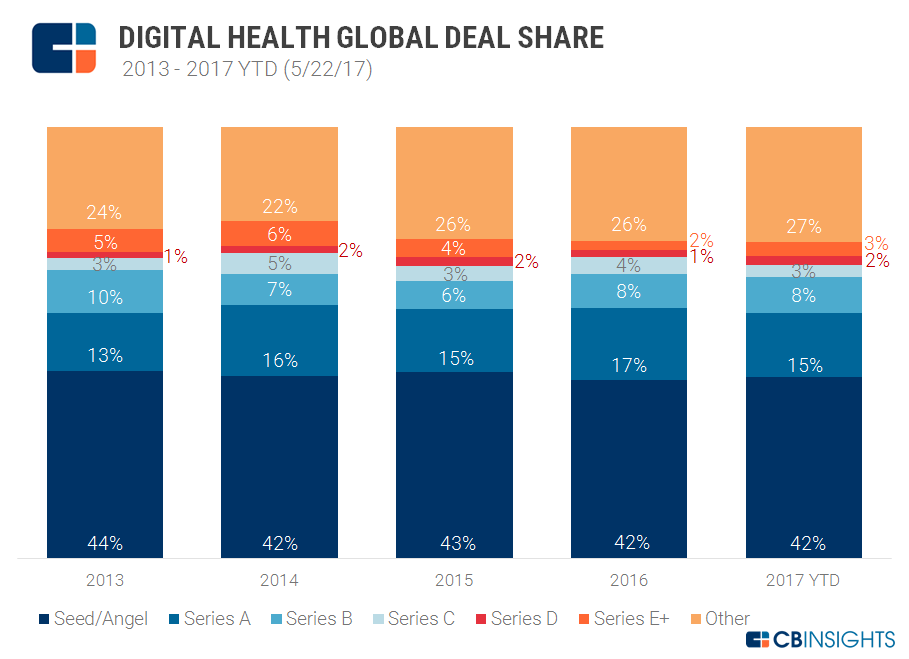