Digital health has enjoyed continuous growth in recent years, with at least four years straight of deal growth and 2015 seeing nearly 1,000 deals and more than $5.5B invested.

This represents more than a 100% increase in deals and more than a 220% increase in funding since 2012. Funding in 2016 has remained high with more than $3.5B invested thanks to several $100M+ deals in Oscar Health, Flatiron Health, Spring Rain Software. However, deal activity has started slowly, with just 476 deals in the 2016 (and Q2’16 seeing a plunge in deals versus the previous quarter), putting it on course to fall below the number of deals in 2015. 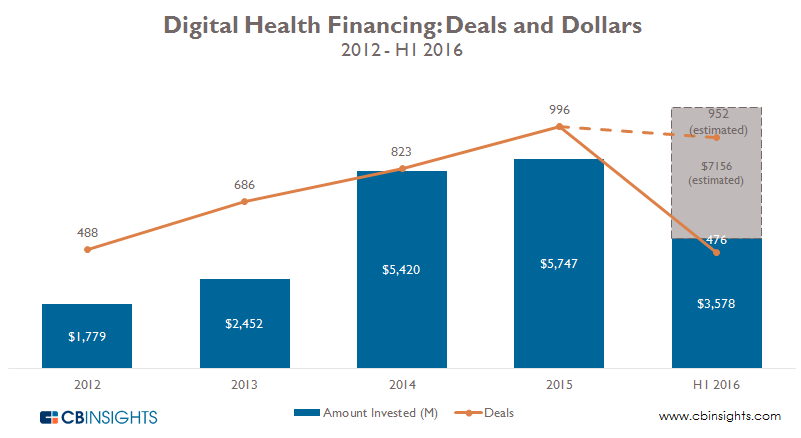 When we look at the quarterly trend, the Q2’16 dropoff becomes more clear. Q2’16 has been the first quarter with sub 200 deals since Q4’14, and is a 27% decrease from the previous quarter. 8 of the last 10 quarters have seen more than $1B in financing. 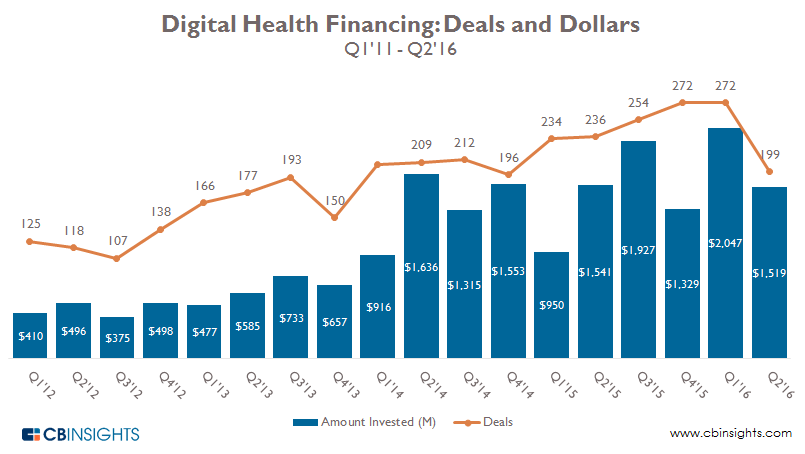 By stage, early stage deal share continues to increase taking 3/4ths of all deals in 2016 while late stage deals (Series D and later) have shrunk. Deal share to all other stages remained relatively range bound. 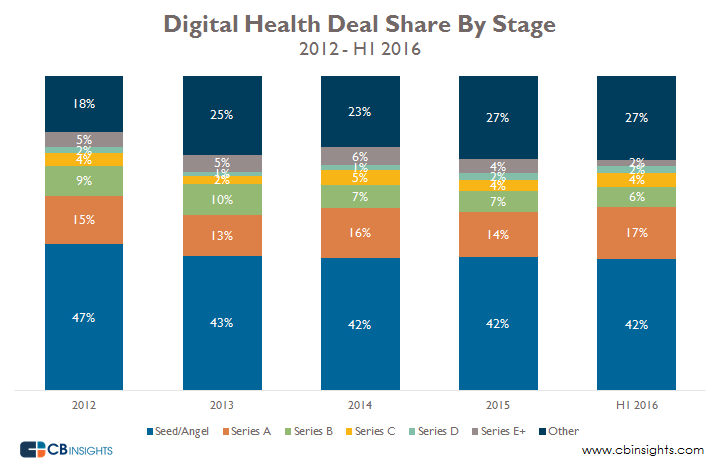 By geography, there have been more than 50 international digital health deals, especially in India (PurpleHealth, DocsApp) and China (iCarbonX, Anhao). Within the US, California continues to dominate deals, with more than 45 in the quarter, followed distantly by New York. Missouri and Florida both saw 7 deals to round out the top 4. 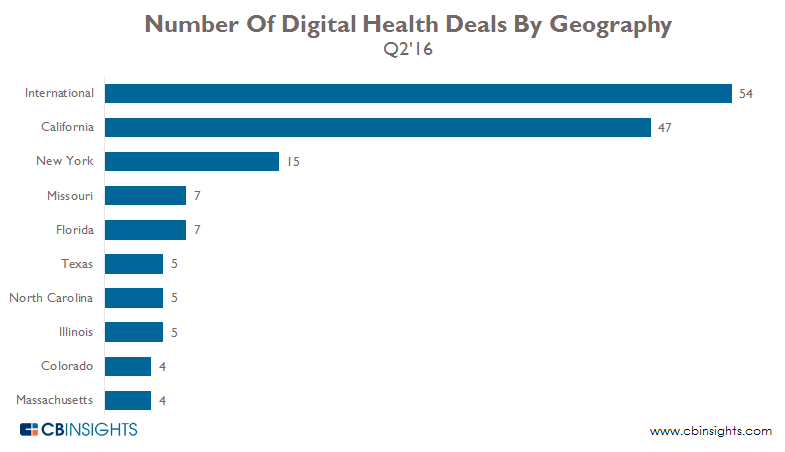 Want more data on digital health? Check out our private market database below.