As the annual JP Morgan healthcare conference gets underway, we dig into digital health funding and find deal activity jumped 20%. Y Combinator, Merck, and Qualcomm Ventures were among the most active investors.

The digital health industry reached a new investment high in 2015. The past year saw nearly $5.8B invested, a small increase from the breakout year in 2014 (which itself saw more than double the funding over 2013). However, there was a more significant jump in deals, which saw a 20.6% year-over-year increase and broke the 800-mark for the first time (nearly hitting 900).

Several mega-rounds have contributed to this funding uptick, with newly minted unicorns Guahao, Zocdoc, and 23andMe among the 8 digital health deals in 2015 above $100M in size. 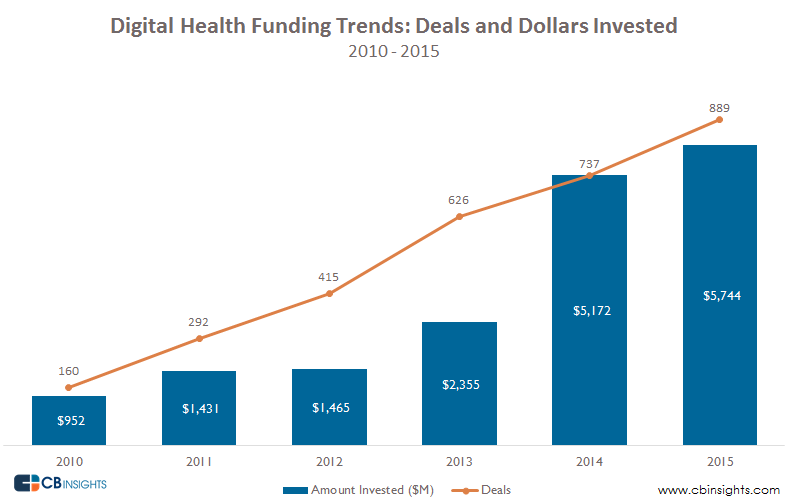 When we look at a deal breakdown by stage, the spike in seed deals seems to have slowed, with deal share hovering around 36% in the last two years. The other rounds have remained relatively range-bound based on deal share. 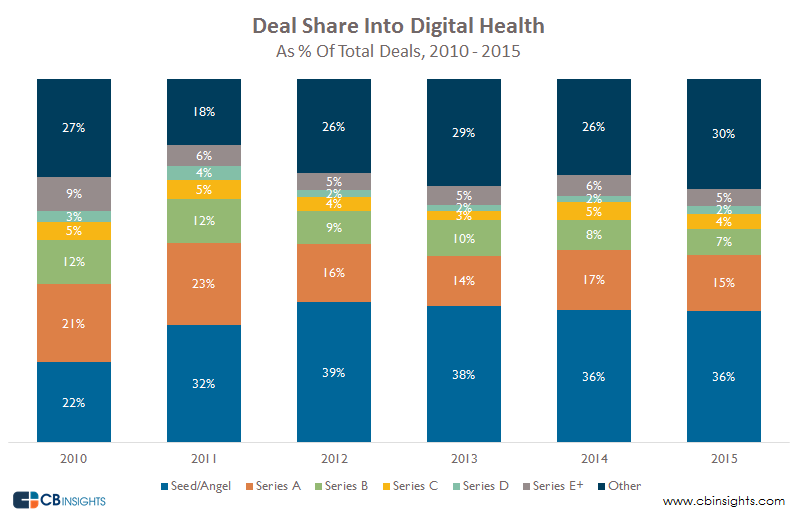 In general, there are many more unique entities investing in the digital health space, as we’ve outlined before. 2015 saw more than 1,000 entities that made an equity investment in at least 1 digital health company, up more than a 361% from the 234 that invested in digital health in 2010. 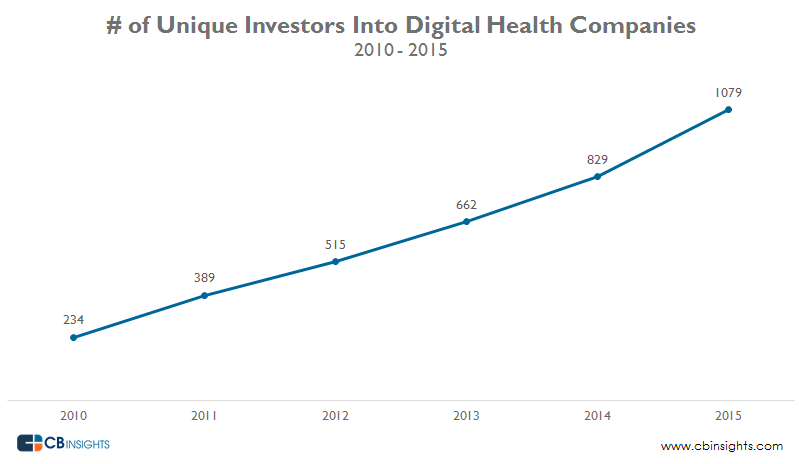 The most active digital health investors in 2015 saw a variety of different entities participate: including accelerators like Y Combinator and Techstars, corporate tech ventures like Qualcomm Ventures and Google Ventures, corporates from other sectors like Merck and GE, and venture capital firms like Norwest Venture Partners and Lux Capital.

Y Combinator was the most active investor in 2015, with DreamIt Ventures following closely behind as the only other investor to finance more than 10 unique digital health companies this past year, including deals to Redox, Oncora Medical, and CareCierge.

Want more information on digital health? Check out our private market database below.