Digital health has seen its first-ever annual deals slowdown after a seven-year run of annual growth.

Meanwhile exits in the space aren’t anywhere near matching that pace in investments. And while the industry has seen some large IPOs that have driven dollar returns those companies have largely been disappointing in the public markets.

Throughout the 2012 to 2016 time period, there has been a consistent gap of about 6x more exits than deals. It’s important to note, the digital health space is still a maturing sector, so exits are expected to lag as companies grow, and the area develops. But the gap has not begun to close over time. 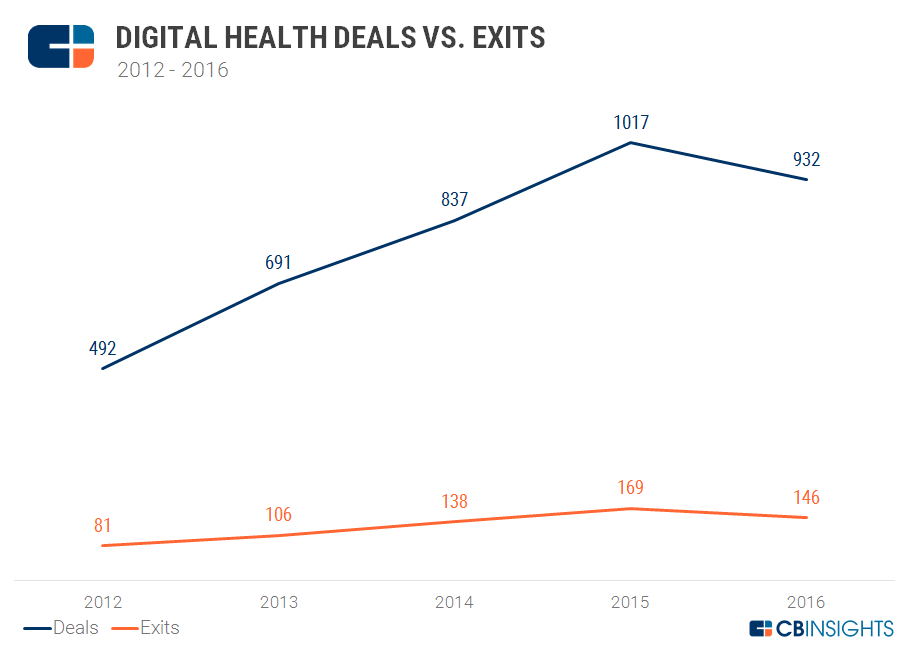 Dollars in vs. dollars out

When it comes to dollars invested vs. dollars returned in digital health companies, the pattern is quite different. Three of the last five years have seen more dollars going in rather than returned in the form of exits, but 2013 and 2015 saw more money returned from digital health than invested. That’s thanks to large IPOs like those of Veeva Systems (2013) and Fitbit (2015).

However it’s worth noting that most of the digital health IPOs that have happened in the last few years have not performed well in private markets, with companies like Fitbit and Castlight Health dropping by more than half their value as public companies. NantHealth has also fared poorly. Despite more money continuing to enter the private markets, only a few digital health unicorns have exited, while nearly 10 are still private. 2017 has so far already seen one billion dollar exit with CoverMyMeds being acquired by Mckesson. 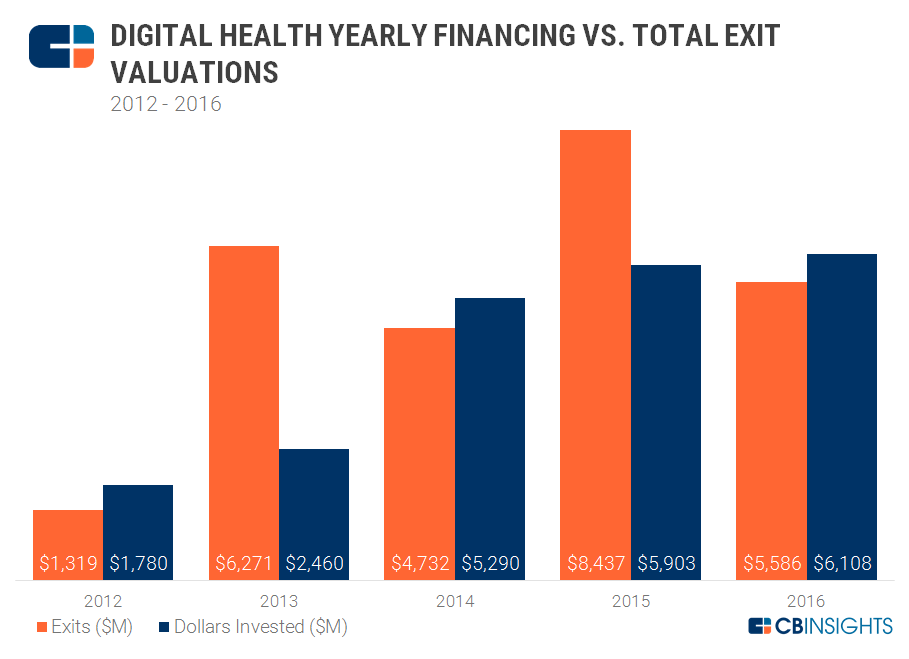