Overall funding to the digital health industry hit $3.5B in 2014, and the same year delivered a spate of digital health IPOs. We used CB Insights data to analyze recent exit activity in the space.

Overall digital health exits have been on an upswing, even as IPOs remain relatively infrequent. In 2011, there were just 8 exits of US-based digital health companies, but by 2013 there were 23, and 2014 saw 30 exits. The 2014 exits included 4 major IPOs: those of Care.com, Imprivata, Everyday Health, and Castlight Health (the last was one of three digital health $1B+ IPO exits since 2010, at $1.4B). There were no IPOs in 2013, and just one in each of the previous two years. 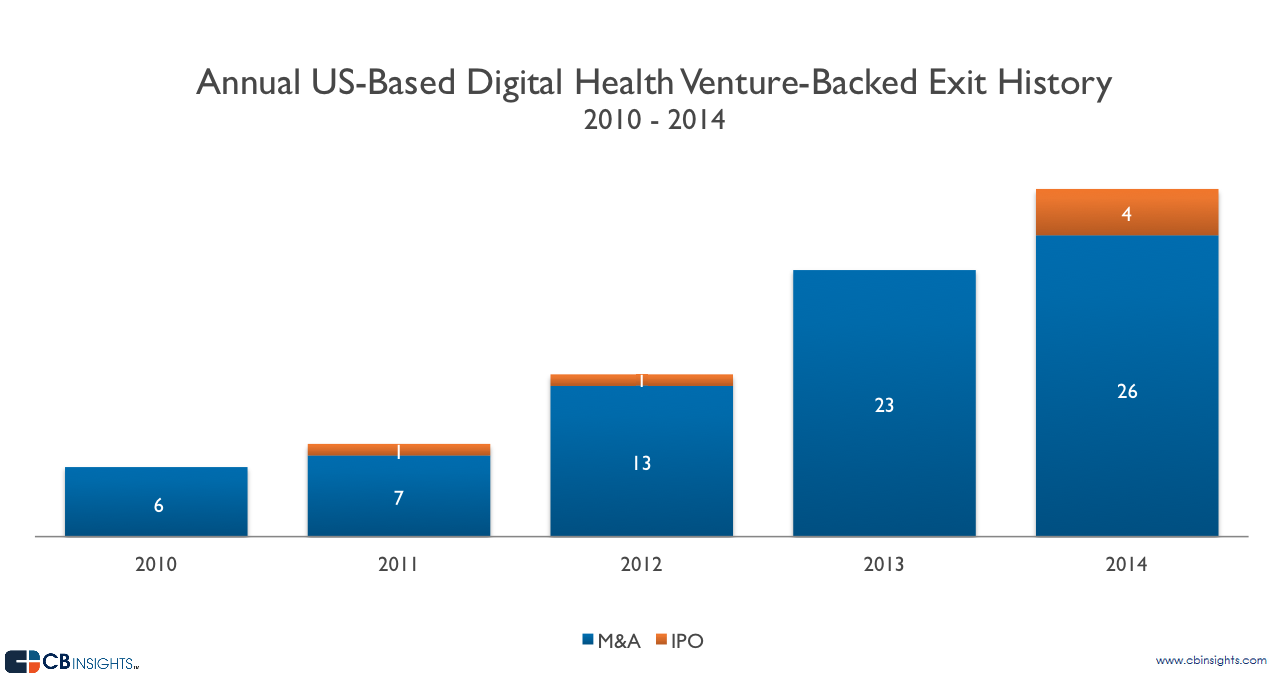 The quarterly breakdown brings the recent upsurge in exits into clearer focus. 2015 is shaping up to be as robust in overall exit activity as the previous year, with 15 exits already. However, IPO activity has not been strong. The first and only IPO in 2015 so far was Fitbit’s in Q2’15. The largest 2015 acquisition so far was that of MyFitnessPal by Under Armour, for $475M. 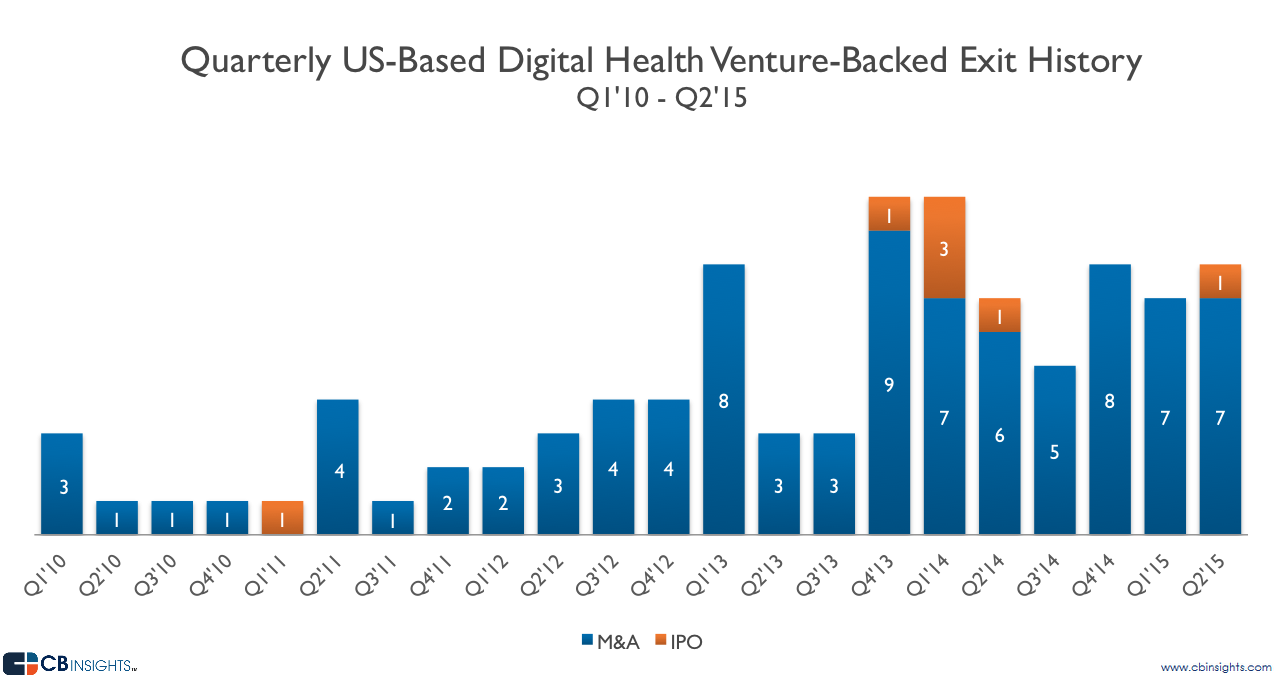 Out of the top exits with disclosed valuation amounts, 7 are IPOs and 3 are acquisitions. The biggest exit was the IPO of Veeva Systems, which is also one of the most capital efficient exits in the US. The top 3 exits were $1B+ exits, with Fitbit coming in second being valued at $4.1B at the time of its IPO. Since then, the stock has grown significantly, trading with a market cap about $8B (as of September 22, 2015).

*Analysis was of first exits only