Our timeline visualizes digital health company exits valued at $1B+ at acquisition or IPO, from Fitbit's $4.1B public offering to Roche Holding's massive purchase of Flatiron Health.

From cancer therapeutic startups to telemedicine platforms to new kinds of tech-enabled health insurers, companies in the digital health space are attracting investor attention. In 2018, digital health startups raised a record $14.8B in funding across nearly 1,500 deals, with deals and funding increasing nearly every year since 2014.

Digital health startups are also seeing high levels of exit activity in recent years: while exits have been slower in 2019, last year saw a record number of exits in the space. 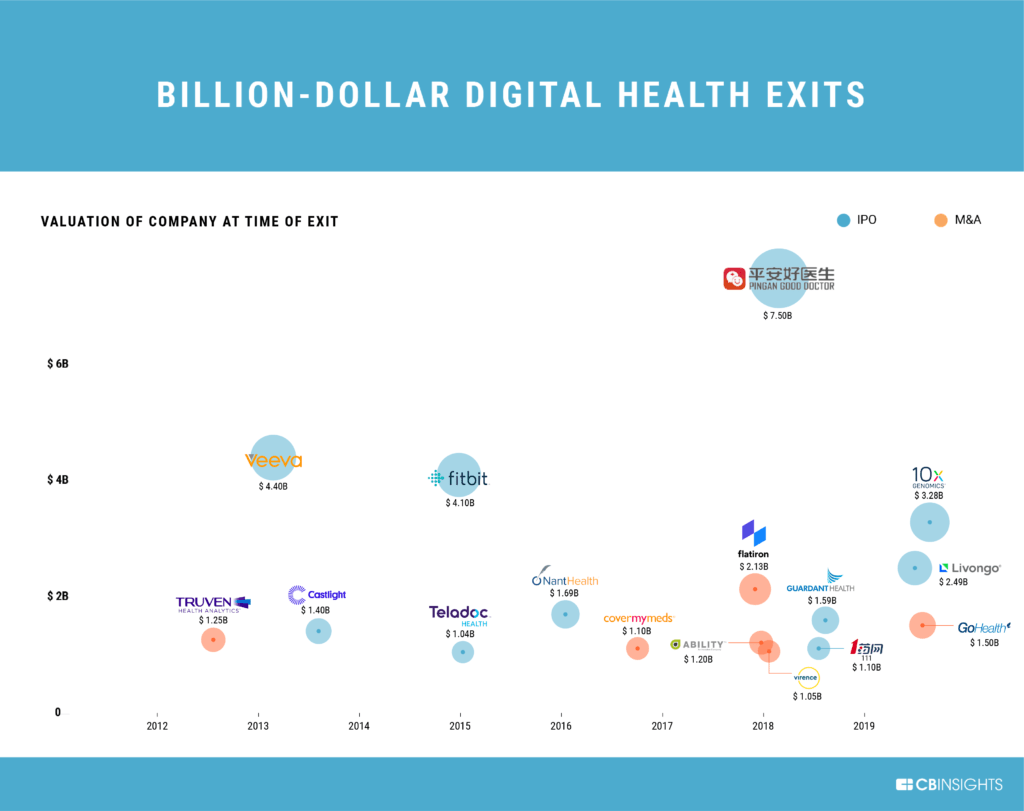 Ping An Good Doctor is the highest-valued exit on our list. The Shenzhen, China-based healthcare platform went public on the Hong Kong Stock Exchange at a valuation of $7.5B in May 2018.

The largest M&A deal in our graphic is healthcare data and analytics company is Truven Health Analytics, which was acquired by private equity firm Veritas Capital for $1.25B in 2012. IBM later acquired Truven Health for $2.6B in early 2016. Veritas Capital is the only company responsible for a second $1B+ health exit, acquiring Virence Health Technologies for $1.05B in 2018.

3 companies reached unicorn valuations prior to exiting: Ping An Good Doctor ($3B valuation), NantHealth ($2B), and Flatiron Health ($1.3B).