Research Brief
2308
Since 2010, startups outside the US have received 51% of digital banking private funding.

Digital banking startups have attracted record levels of funding as they disrupt traditional consumer banks, with over $2.1B invested in 2014 and over $6.5B invested in 2015 year-to-date.

We used CB Insights data to break out digital banking deal and dollar shares by country and US states. Our analysis reveals the increasingly global scope of digital banking investment, with markets outside the US accounting for more than half of annual deals for the first time.

Funding to digital banking startups has a significant international profile, with markets beyond the US representing 44% of all deals.

Behind the US’s 56% deal share, China ranked second with 9%, followed by the UK at 8%, and India at 4%. As we’ll see later in this brief, recent deal growth in these 3 countries has been especially strong.

The remaining deals were widely dispersed, with no other country seeing more than 2% of the global total. 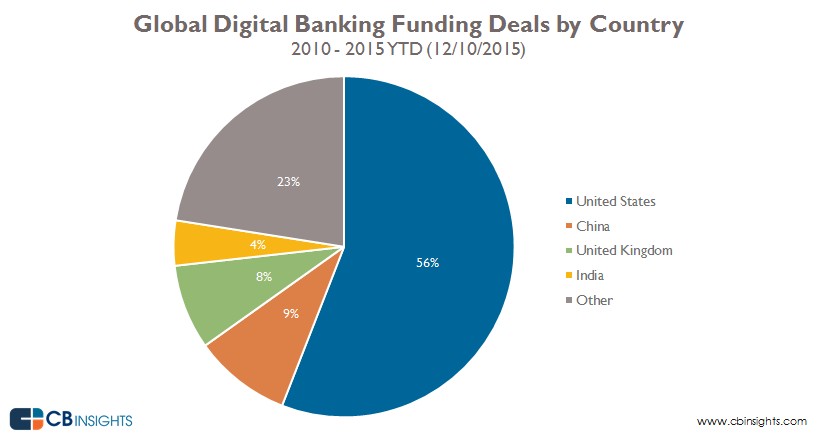 Digital banking funding dollars were more concentrated, with the same top four countries accounting for 88% of the total (versus 77% in deal terms). The US share of funding came in at 49%, with international startups receiving just over half.

China ranked second again, more than doubling its deal share at 19% of global funding. The high ratio of dollars-to-deals reflects a rash of Chinese mega-rounds in 2015. The largest include Lufax’s $485M private equity financing in April, followed by Juixin Finance’s $322M private equity funding in May, and DianRong’s $207M Series C in August. All three companies focus on peer-to-peer lending services. 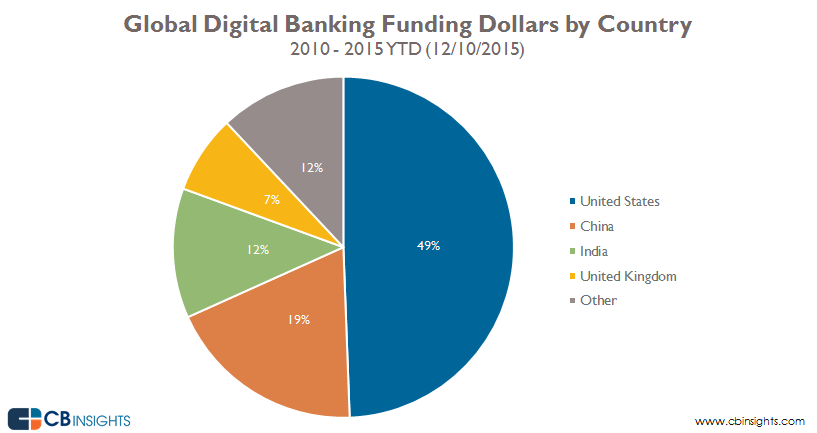 Absolute deal counts have risen with the tide across regions, but the emergence of European and Asian banking startups have driven a recent shift in the geographic mix. The share of digital banking deals outside the US has marched steadily upwards since 2010, coinciding with the explosion of overall activity in the space. 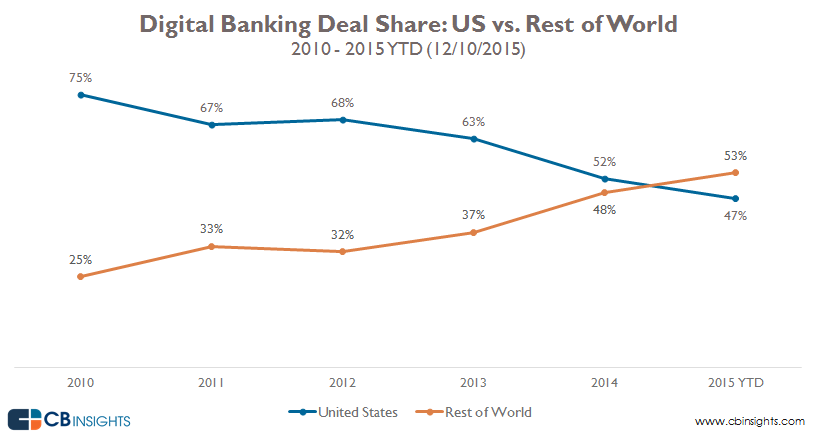 Within US, investments concentrated in California and New York 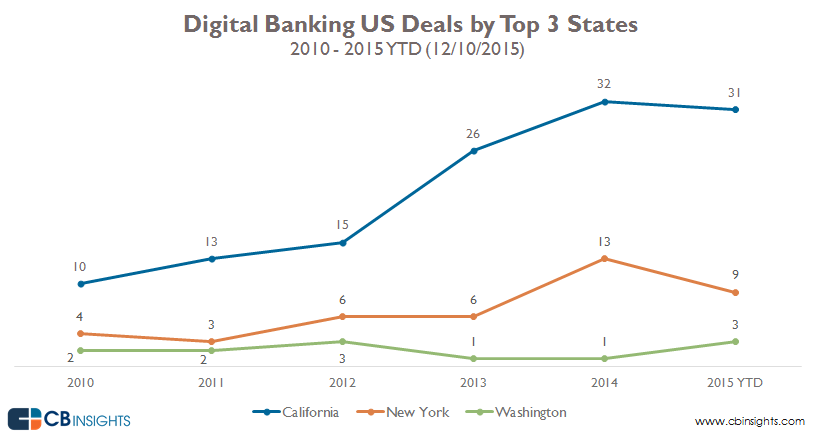 Outside of the US, three markets — China, the UK, and India — have seen the most explosive deal growth, especially since 2013. 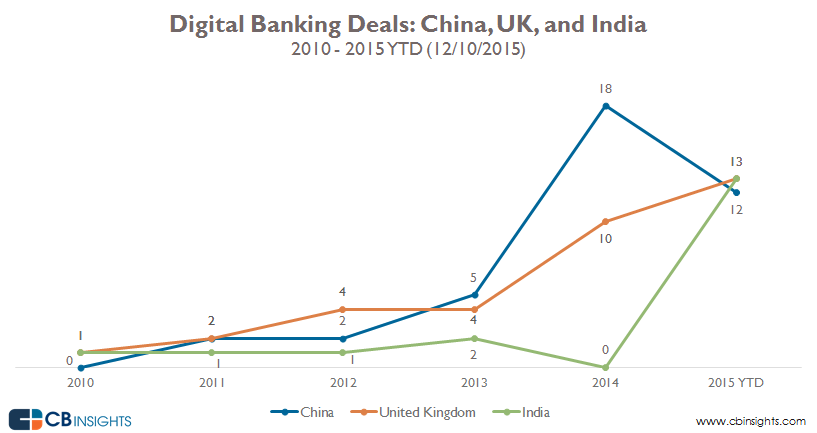