Research Brief
2287
Accel is the most active investor in digital banking startups at the early-stage and overall.

Startups are unbundling banks across the financial value chain, from bill pay and lending to wealth management and personal finance.

Using CB Insights data, we examined companies attacking these four core business areas for consumer-facing banks. Funding to these digital banking startups is projected to reach over $6.9B in 2015, more than triple that of the 2014’s record-breaking figure.

Several mega-rounds headlined the explosion in funding, including SoFi’s $1B Series E in August 2015 and the $680M corporate minority financing of One97 Communications in September 2015.

At the current run-rate, this year’s deal count is on track to hit 153 deals, and funding will reach $6.9B. 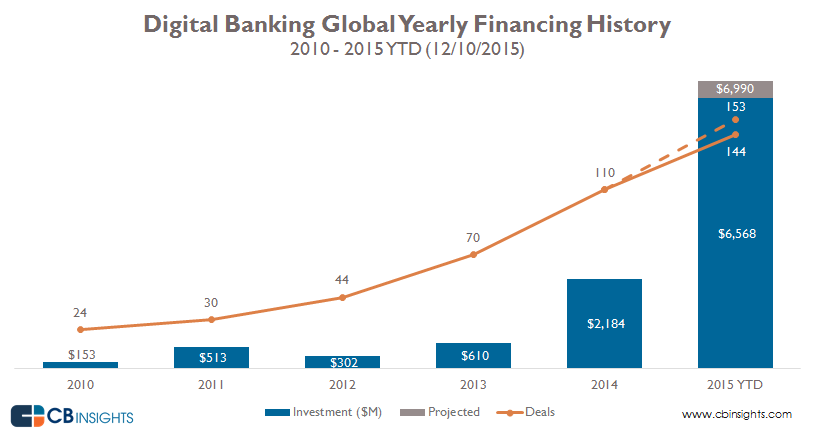 The last two quarters both topped $2B in funding to digital banking startups. Funding hit an all-time quarterly high of $2.9B in Q3’15, despite deal count slipping to 31 deals in Q3’15, compared to 46 in Q2’15. 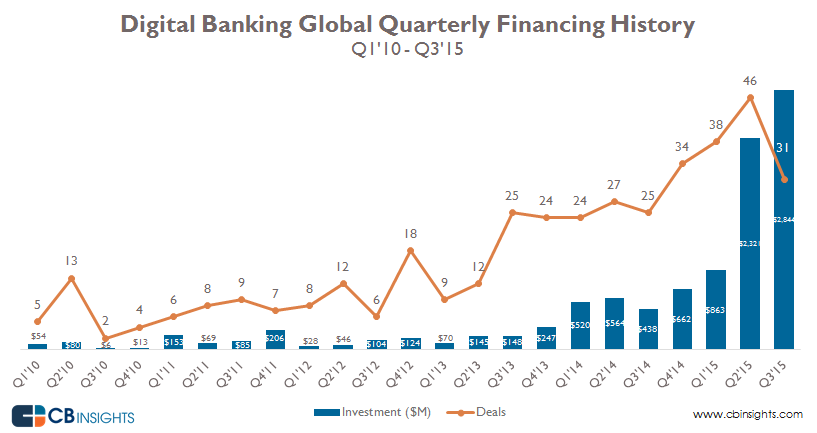 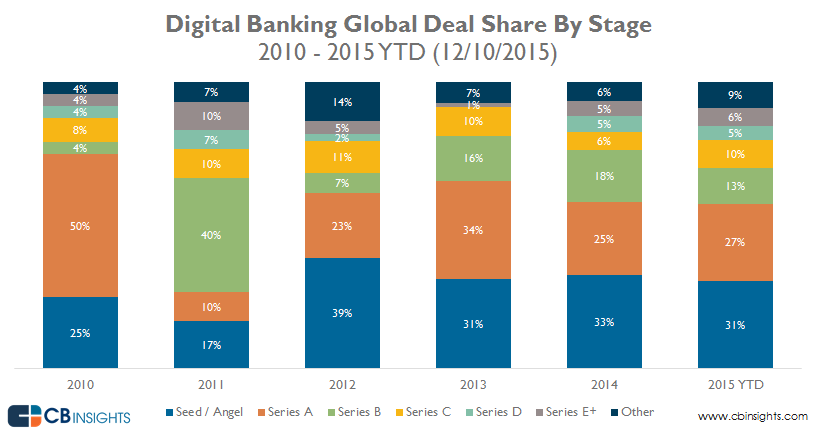 Dollar share fluctuated significantly across the six-year period. In 2010, early-stage companies captured the highest share of funding at 51%. From 2011 to 2013, mid-stage funding accounted for the largest share, with 48% to 66% of the total.

Several key digital banking startups sprang from 2010’s Series A rounds, including financial wellness advisor LearnVest (recently acquired by Northwestern Mutual at a valuation north of $250M). Robo-advisors Betterment and Motif Investing also raised Series A rounds in 2010; both have since raised over $100M in total funding. 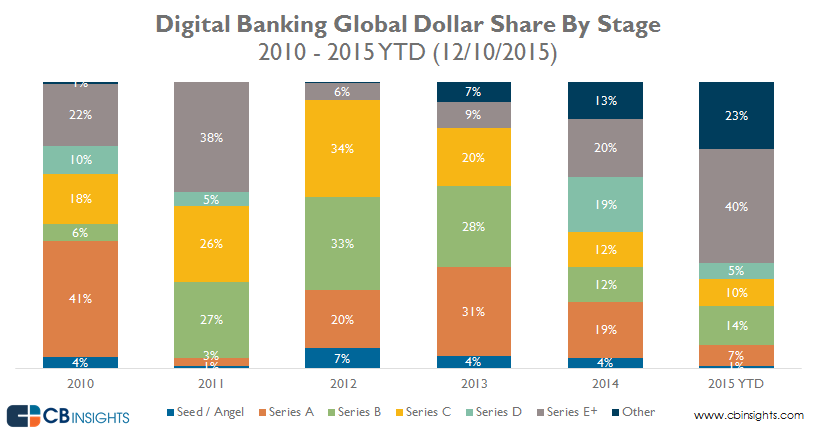 Accel Partners took the top spot as the most active investor in digital banking, while QED Investors and Sequoia Capital tied for second.

Accel has backed a diverse array of digital banking startups, from money transfer platforms such as Circle to financial advisors like LearnVest. This year, the firm has also financed several digital banking startups in emerging markets, including the billing app Mubble (India) and social credit evaluator Lenddo (Philippines) in Q3’15.

The 10 most well-funded digital banking companies have all raised at least $300M, with the top 3 securing more than $1B apiece.

Online and social lenders are well-represented, including SoFi, Avant, Prosper Marketplace, and Harmoney, as well as the China-based Lufax and Juixin Finance.

See the full list below. Note that these funding figures are exclusive of debt rounds and lines of credit.