Besides the usual US suspects like Google Ventures and American Express Ventures, Chinese internet giants like Renren, Alibaba, and Tencent are also active.

Funding to digital banking startups has exploded in recent years with over $10.3B invested in 422 deals since 2010.

Corporate investors globally have also been drawn into the fray. Startup financing involving corporates has risen to $3.2B across 38 deals in 2015 year-to-date, twice as many deals and 6x as much funding as the prior year.

Growth in corporate deals and dollars

Funding involving corporates began as a trickle in 2012 but grew steadily to 19 deals and $507M in 2014. Among notable deals in that year were two growth equity rounds to Credit Karma for $75M and $85M, both with the participation of Google Ventures (now GV).

This year has eclipsed last year’s totals, with CVCs and corporations participating in $3.2B of funding to date. This increase has been heavily driven by corporate involvement in mega-deals, mirroring a broader trend in digital banking startup financing. Two deals alone account for over half of 2015 funding: SoFi’s $1.0B Series E in August, with Softbank and Renren’s participation as well as Alibaba’s $680M corporate minority deal for One97 in September.

Even excluding these mammoth deals, corporates will still have participated in more than $1.5B of startup financing through 12/10/2015, roughly triple the 2014 total. 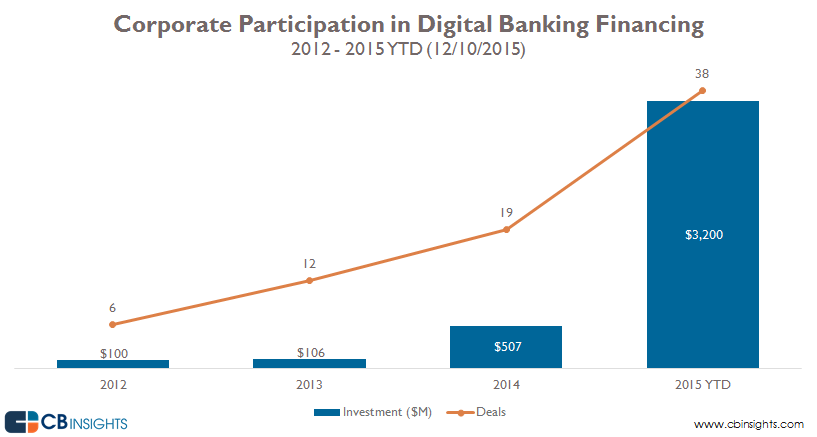 We examined deal and dollar shares across four years for insight into corporate funding patterns by stage.

Since 2012, 51% of digital banking deals involving corporate investors have been early-stage (Seed/Angel or Series A), while 22% were mid-stage (Series B and C), and 12% were late-stage (Series D+). Corporate minority investments comprised the vast majority of the deals in the “other” category. 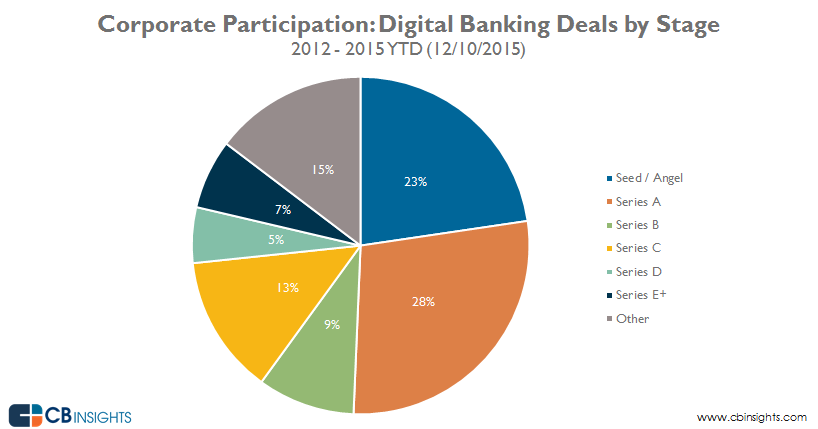 Unsurprisingly, the outsized Series E+ and corporate minority rounds mentioned above accounted for most of the dollars invested. Rounds up to and including Series D represented less than 30% of total  dollar funding. 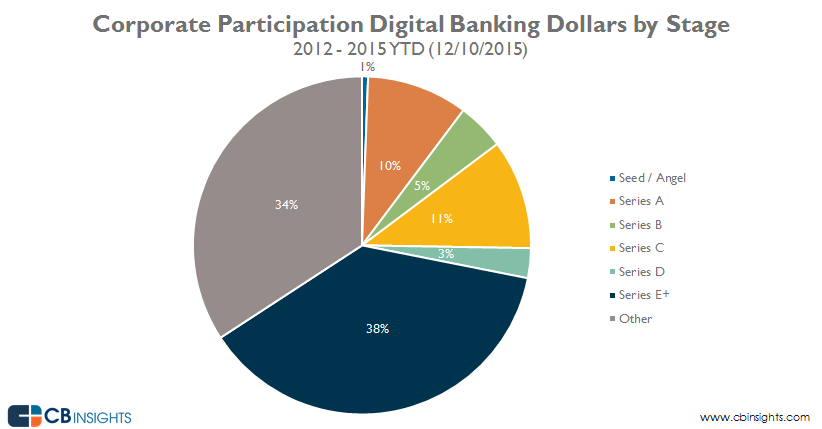 Digital banking startups have attracted investment from a variety of corporations globally. Of the 72 corporate deals since 2012, the US has accounted for just under half with 35. Asian corporates were quite active, with China and Japan ranking second and third in deal terms. 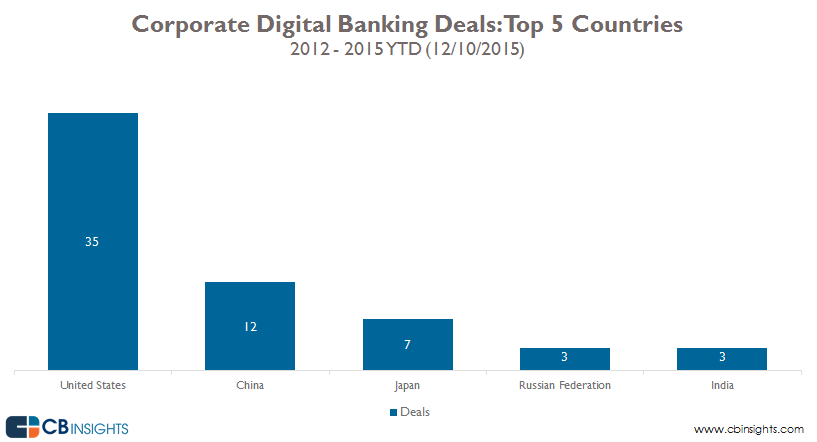 Though not exhaustive, the collection of active corporate investors below highlights the global interest in digital banking. Besides the usual US suspects like GV and American Express Ventures, Chinese internet heavyweights such as Renren, Alibaba, and Tencent also had a strong presence in deals.

The venture arm of Renren has also been a key player in digital banking. Renren participated in SoFi’s $1.0B Series E this August, and was the sole investor in its $150M October follow-on round. Renren’s other investments this year include alternative wealth manager Aspiration and online mortgage provider Sindeo. Both are California-based startups, as is SoFi.