Research Brief
2604
Deal activity in cancer startups has now increased for three quarters straight. Funding was also up in Q1'16.

On an annual basis, equity funding to private cancer therapeutics companies was up 153% in 2015. In Q1’16, the positive trend-lines continued, with deal activity rising to a new high of 32 in Q1’16, more than double the deal count seen in Q1’11.

Our cancer therapeutics category includes private biotechnology and drug discovery companies globally focused on cancer treatment, including the use of immuno-oncology (therapies that target the immune system to help fight cancer), oncolytic viruses (viruses that kill cancer cells), antibodies, and drugs that target the cancer stem cells thought to lead to tumors.

Q3’15 was the quarter with the peak in funding, with dollars driven by 3 mega-rounds, including a $320M Series A round raised by Immunocore. Though funding dollars in Q1’16 were just half of the total funding seen in Q3’15, it was still the second-highest quarter for funding. 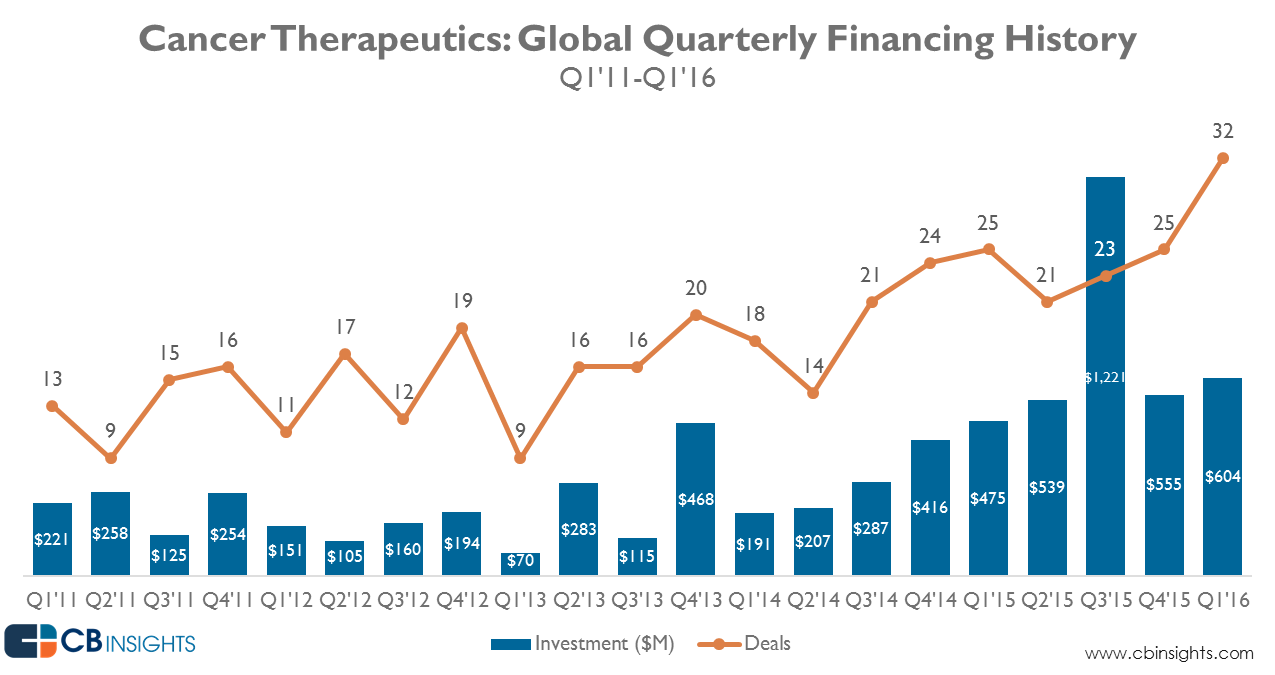 Less than 14% deals went to late-stage startups raising Series D and beyond. Some of largest late-stage funding deals include a $130M Series F rounds raised by antibody-centered cancer therapeutics company Symphogen in 2011 and a $97M private equity round raised by China-based BeiGene last year.

The “other” category includes convertible notes and other undisclosed rounds. 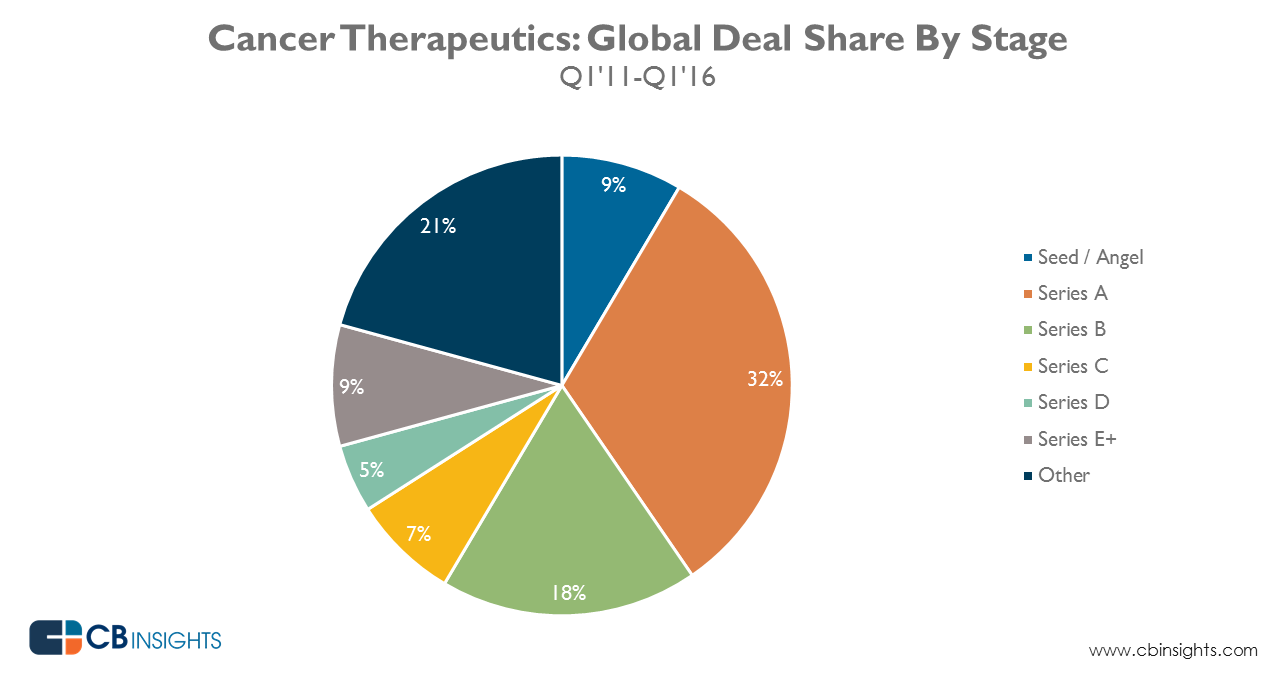 Stemcentrx, valued at $5B, is the most well-funded startup on the list, having raised $373.5M in equity funding from investors including Elon Musk, Fidelity Investments, Founders Fund, Artis Ventures, and Sequoia Capital.

The rankings are based on equity funding rounds raised.

Sign up for our venture capital database below for more information on private oncology companies.