As Datadog goes public at 10x its previous valuation, we dig into the startup's top stakeholders and how much their shares are worth.

Cloud-based data analytics platform Datadog went public last week at a valuation of $7.8B — more than 10x its prior valuation of $688M (as of January 2016). The company priced its IPO at $27 per share, above its prior expected pricing of $24 to $26 (which had already been increased from an initial range of $19 to $22).

Immediately after IPO, Datadog stock jumped to as high as $40+ (resulting temporarily in a $10B+ market cap). While stock price has trended down from there, in the week since its IPO Datadog has consistently maintained a price over $30 per share.

Using Datadog’s S-1 filing, we calculated how much its top stakeholders’ shares were worth at the time of IPO, based on a $27 share price. Here’s the breakdown. 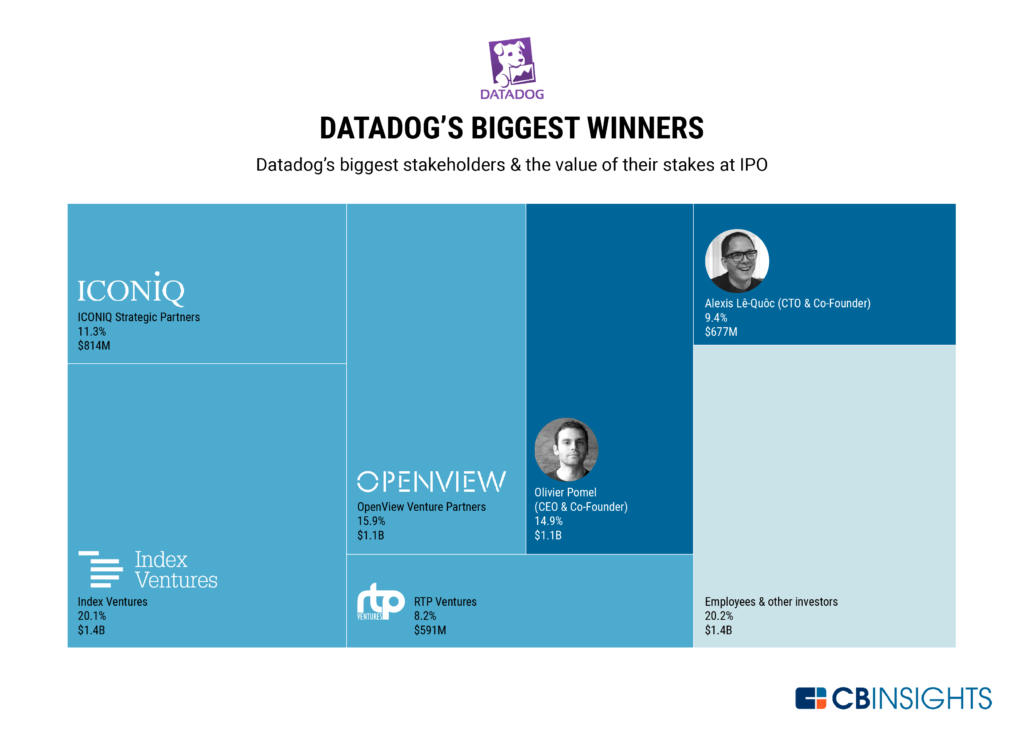 Smart money VC Index Ventures had the biggest stake in the company at the time of IPO, with a $20.1% stake worth $1.4B at a $27 share price. In second place is Boston-based VC fund OpenView Venture Partners, with a 15.9% stake ($1.1B). Global multi-family investment group Iconiq Capital clocks in at an 11.3% stake worth $814M at time of IPO.

Datadog’s co-founders, CEO Olivier Pomel and CTO Alexis Le-Quoc, each hold large stakes on par with some of company’s top institutional investors: Pomel had a 14.9% stake worth $1.1B at IPO, while Le-Quoc held a 9.4% stake worth $677M.

Cloud-focused VC firm RTP Ventures has the smallest stake of the investors shown above, with 8.2% ($591M). 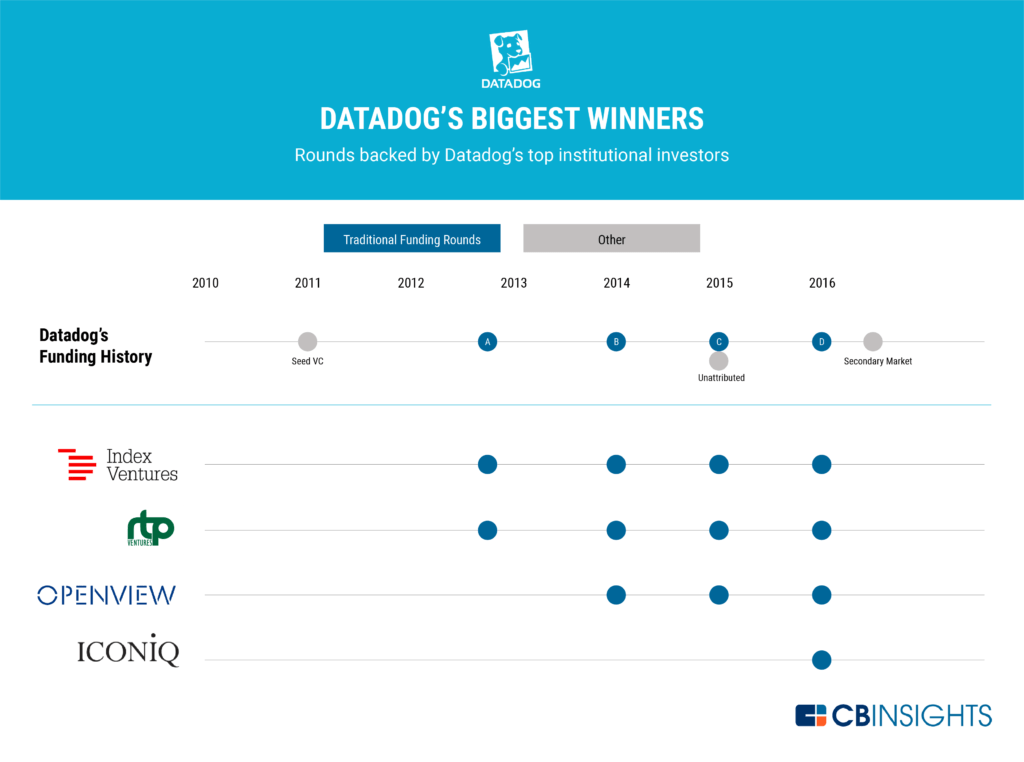 Index Ventures and RTP were the company’s most frequent investors, participating in its Series A, B, C, and D rounds over a 4-year period. OpenView Venture Partners, an expansion stage VC fund, invested slightly later, backing in 3 rounds beginning with Datadog’s Series B. Iconiq only invested in one round to secure its 11.3% stake.

Amplify Partners and Contour Venture Partners co-invested with all of the above investors in Datadog’s $95M Series D. The round valued the company at $688M.