GV has notched six billion-dollar exits since its inception. GV has yet to make a new seed investment in 2016 YTD.

Bill Maris founded GV in 2009 and, since then, the Alphabet-backed venture arm has gone on to become the most prolific investor in corporate venture capital. As he prepares to leave for new pastures, we dug into the data on the evolution of GV under Maris. Here’s the data.

GV dials back on seed

We’ve previously highlighted how, in recent years, GV was not only the most active corporate VC but among the most active VCs period at the seed-stage. In December 2015, Bill Maris commented,

“We moved away from seed-stage investing … I think there’s less opportunity here.”

The reality is that GV had already been dialing back on its seed investing program significantly. According to CB Insights data, GV completed 78% fewer new seed investments in 2015 on a year-over-year basis and has completed zero seed deals in 2016 YTD. 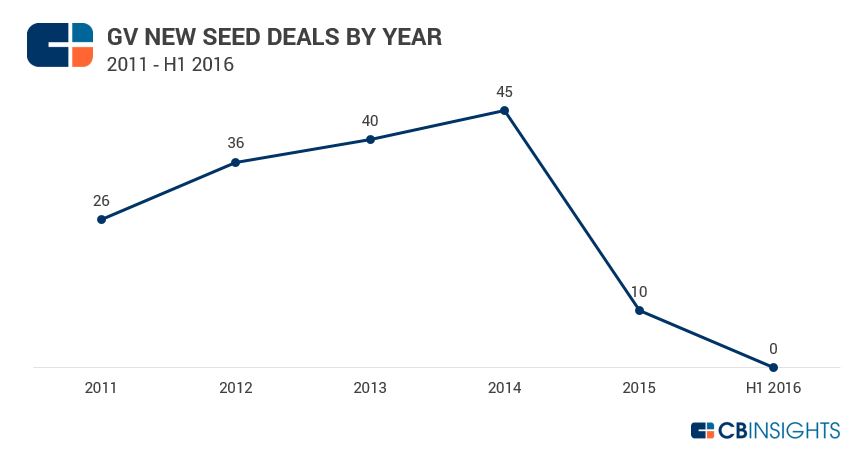 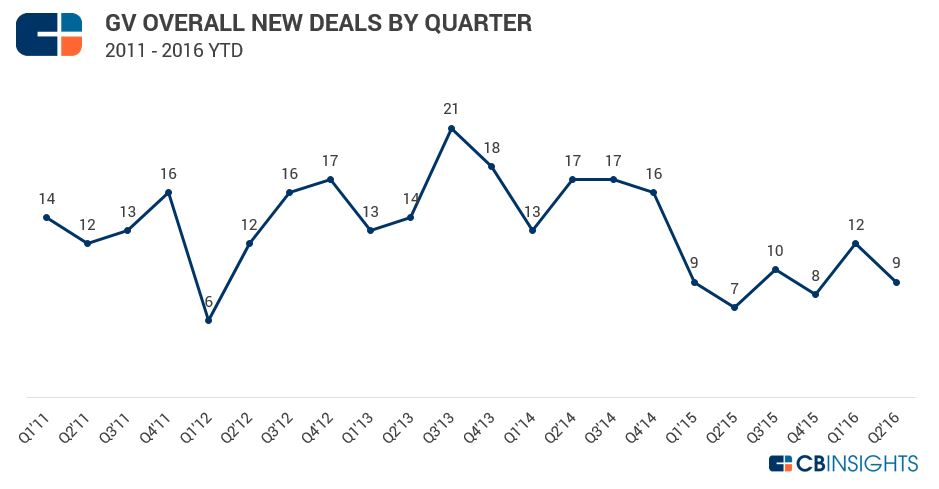 One point that’s come up more is that GV is no longer Alphabet’s only investment vehicle. Rather, growth investments done through Google Capital and direct minority investments by Google in the likes of Space X and Magic Leap have increased in the last two years. We take a look at that below. 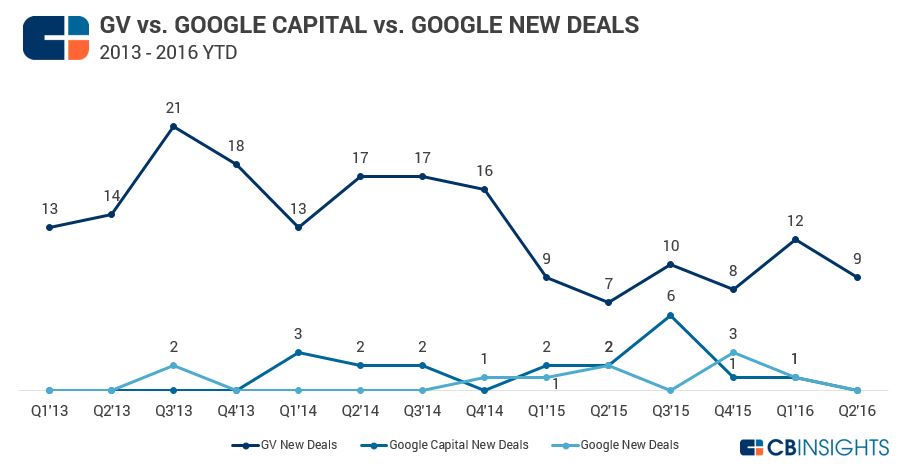 Since its inception, GV has notched 5 $1B+ exits, its latest and largest by valuation at time of exit being Jet’s acquisition by Walmart. We tallied up GV’s top 10 exits to date and its point of entry, which also include OnDeck Capital, Hubspot and Editas among others.

Looking for more data on GV? Sign up free for the CB Insights Venture Capital Database.