By year-end, 2016 is on track to see roughly 50 cybersecurity deals with smart money VCs involved, deals that together are projected to account for nearly $1.2B in funding. Last year we saw these VCs involved in 56 deals worth nearly $2B.

In 2015, smart money VCs participated in a flurry of $100M+ mega-rounds that included: CloudFlare ($110M Series D), and Tanium ($118M Series G). The largest round of last year involving a smart money investor was to Tenable Network Security (a $250M Series B).

Accel Partners participated in that round after also backing Tenable in 2012 with a $50M Series A.

Interest from smart money VCs is buoyed by the fact that five out of the nine private company unicorns in cybersecurity reached their $1B+ valuations last year. Cylance, an artificial intelligence and machine learning cybersecurity company, secured a $100M series D investment in June 2016 and emerged as the newest cybersecurity unicorn. Smart money VC Khosla Ventures, was also involved in that round, after also participating in the company’s Series A and B rounds.

Deals that include smart money VCs rose through 2014, topping out at nearly 60, and started to slip slightly in 2015, at 56. Deals for the present year through Q2’16 were at 29 and on an annual basis are projected to fall under last year’s total.

From 2012 through the end of last year, there was a significant run-up in the amount of funding dollars to cybersecurity coming from deals that involved smart money VCs. This year, with the current run-rate through Q2’16, dollars and deals involving smart money VCs are projected to fall just below last year’s peak. 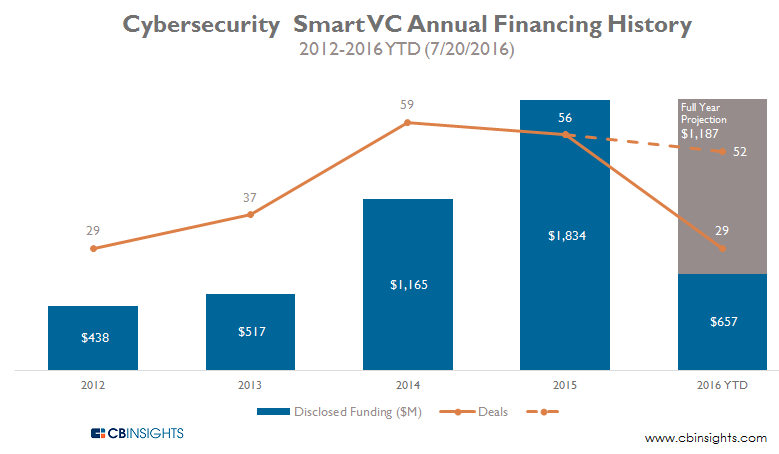 Looking at the quarterly dollars and deals trend, we see that Q1’16 was the fifth quarter in a row with 10+ deals with smart money VC backing, seeing $296M in funding across 13 deals involving smart money VCs. 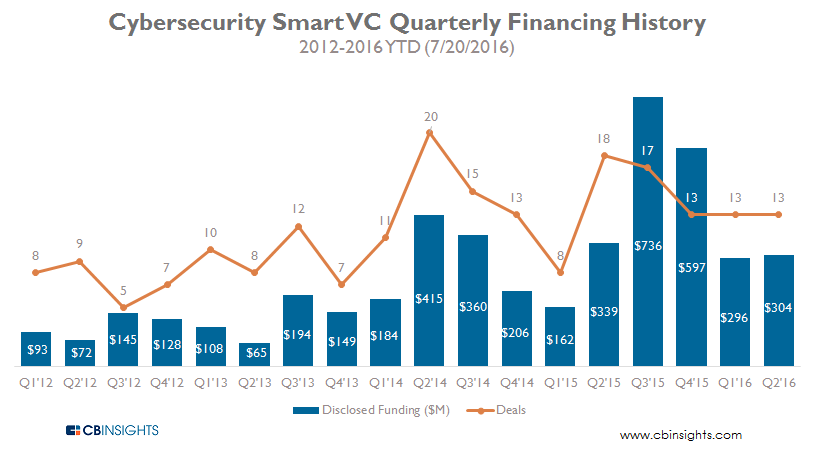 We used our Business Social Graph tool to visualize how smart money VC investors and their portfolio companies in cybersecurity are interrelated. Since 2012, smart money VCs have co-invested several times including a deal to the unicorn Okta, a $75M Series F at a $1.2B valuation, with smart money VCs that participated in that round including: Sequoia Capital, Andreessen Horowitz, Khosla Ventures, and Greylock Partners. 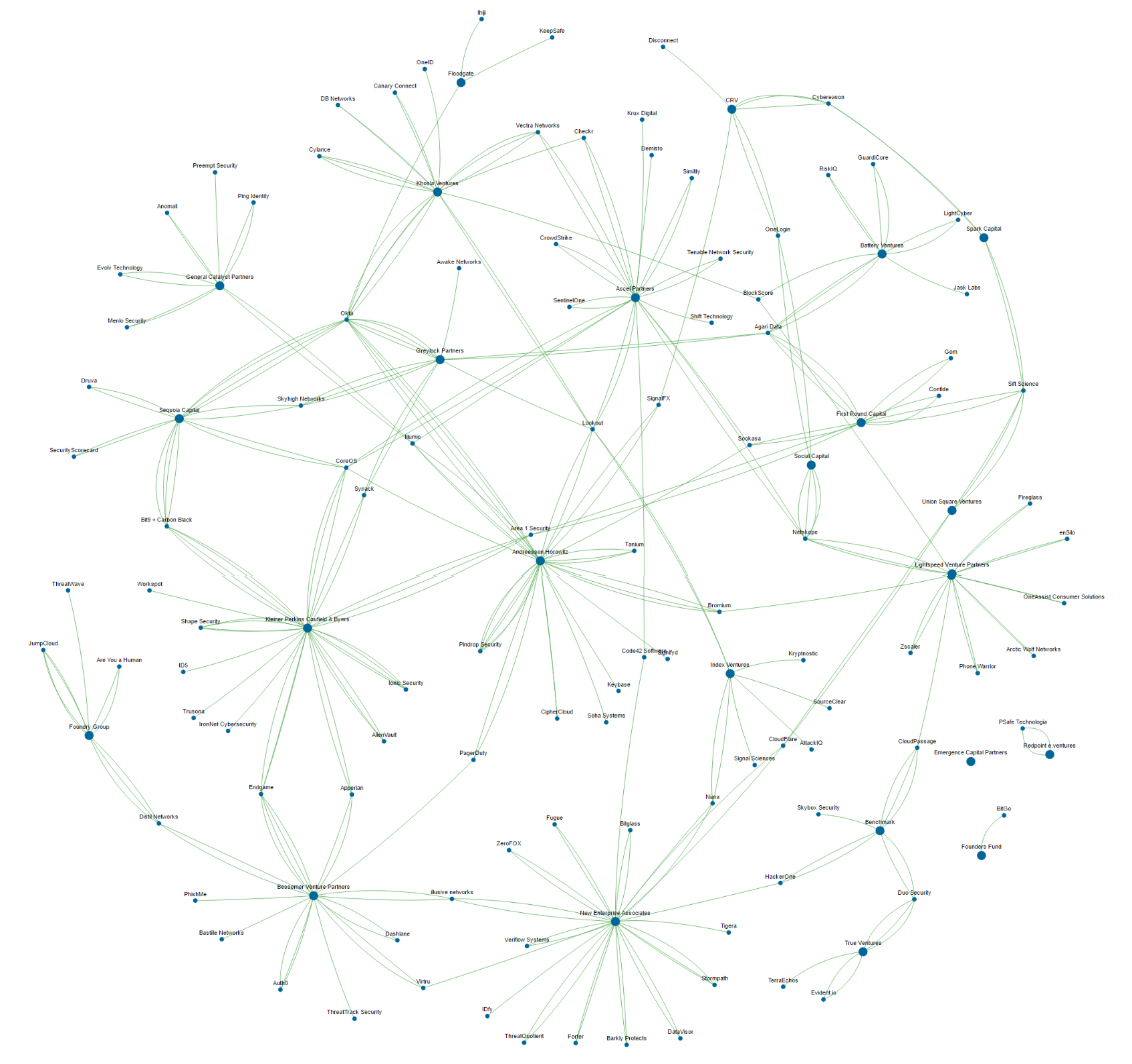 Want more data on cybersecurity startups?
Login to CB Insights or sign up for free below.