Research Brief
1976
Within the US, California has consistently accounted for around 45% of cybersecurity deal flow for each of the past 5 years.

As cybersecurity startups innovate to meet an expanding number of online security threats, they’re attracting increased attention from investors. 2014 was a record year for private-company funding in the space. We used CB Insights data to understand the regions and markets attracting the most cybersecurity funding.

Investment dollars and deals are in the US 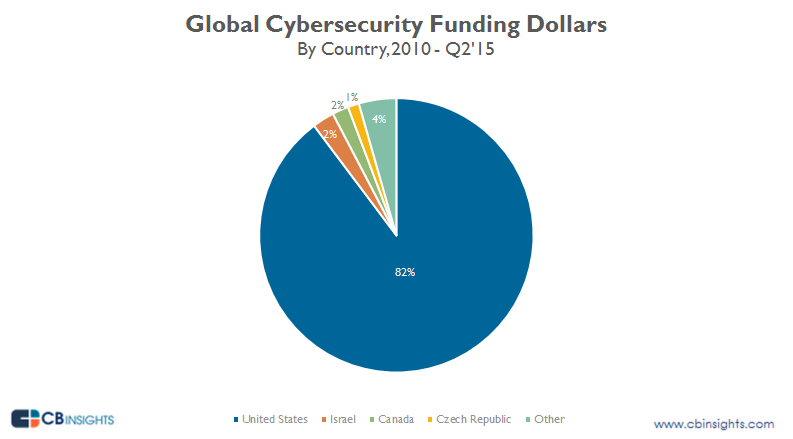 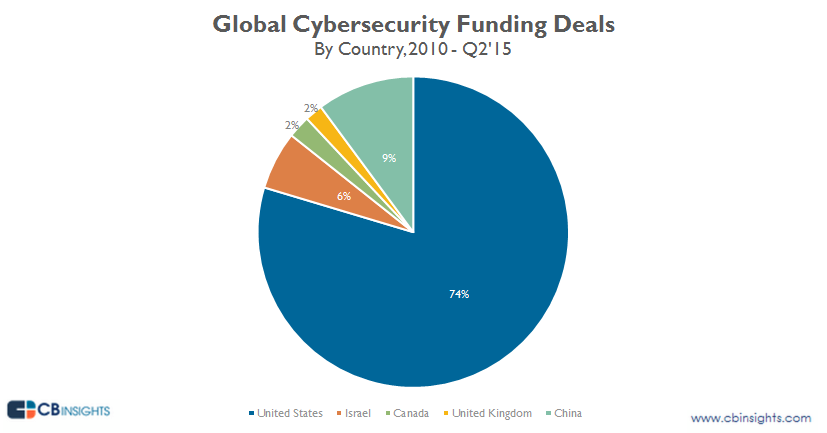 There are no hints that the pattern of US dominance will break down anytime soon. US dollar share of cybersecurity deals has remained relatively steady, hovering at around 90% of the total for the last few years, and into 2015’s first two quarters. 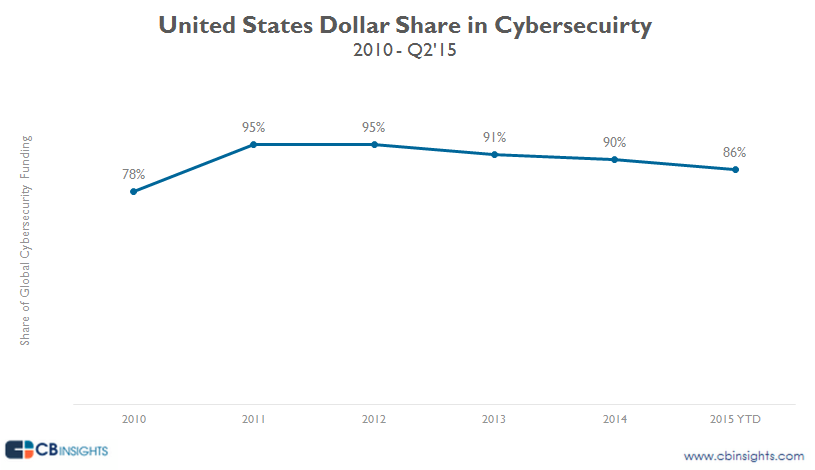 Within The US, California remains dominant 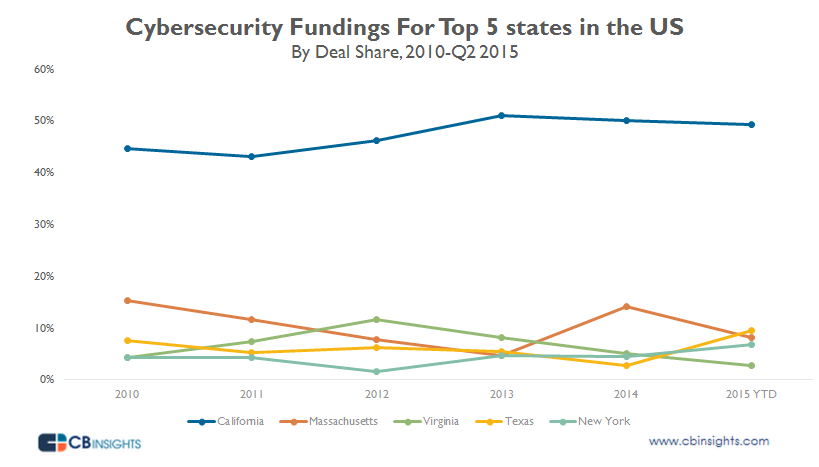 While neither Europe nor Asia account for a significant portion of deal or dollar share, growth in Asian cybersecurity deals mean that the region has surpassed Europe for number of deals. Key Asian countries include China and India. 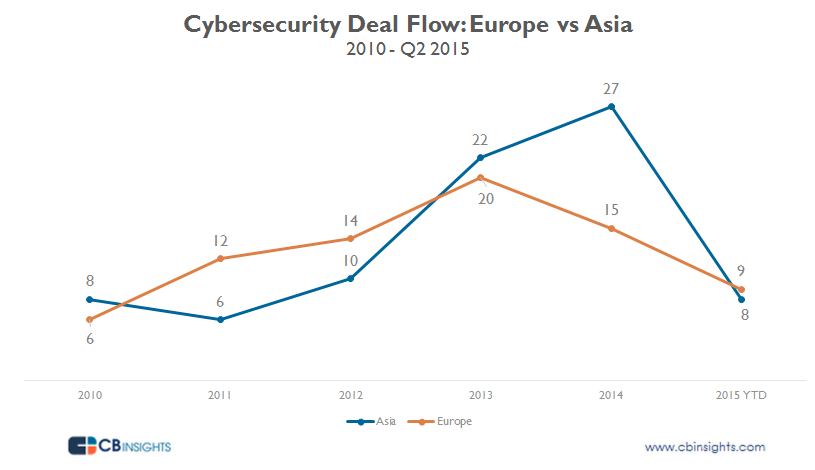 Topcountries for cybersecurity outside US

Israel topped the list for countries outside the US with the most cybersecurity deals. Over the last 5 years, Israel has seen over 50 cybersecurity deals. The vast majority have been early-stage or mid-stage deals, with none exceeding $15M and most fundings being for Seed or Series A rounds.

Following Israel in a distant second and third place are Canada and the UK, with significant recent deals including a $55M Growth Equity round from Spectrum Equity Investors for Canada-based Verafin in Q2’14, and a Q2’14 $8M Series B round for the UK’s CertiVox from investors including NTT DoCoMo Ventures. Top investors in international cybersecurity startups included Intel Capital, with investments focused mainly in China and Israel, followed by Blumberg Capital and Jerusalem Venture Partners. The latter invested almost exclusively in Israel.