Accel, NEA, and A16Z are top VCs in cybersecurity. A16Z has backed the most cybersecurity unicorns since 2012, with four.

Cybersecurity is one of the hottest tech sectors of recent years — with explosive growth in deals and dollars since 2012 that peaked last year, and cooled off slightly in Q1’16 and Q2’16.

Looking at the current run-rate funding to these companies will surpass $3B across more than 300 deals by the end of this year, falling below 2015 levels for activity and dollars, but well above 2014 totals.

But which specific firms are the most active investors in cybersecurity? We used CB Insights data to rank VCs by their unique cybersecurity investments (i.e., number of portfolio companies) since 2012.

Some more context: In the last year, we have seen a flurry of mega-rounds and a number of new cybersecurity unicorns. Also, the top five most well-funded VC backed cybersecurity companies have all raised over $200M, among them are: Lookout ($281M), OpenPeak ($233M), and Okta ($229M).

Accel Partners tops the list as the most active investor in cybersecurity since 2012. Accel Partners has backed the unicorns Lookout and Illumio. New Enterprise Associates and Andreessen Horowitz tied for the second spot. New Enterprise Associates is also among the most active early-stage VCs investing in young cybersecurity companies from 2012 to 2016.

Some other takeaways from our infographic: 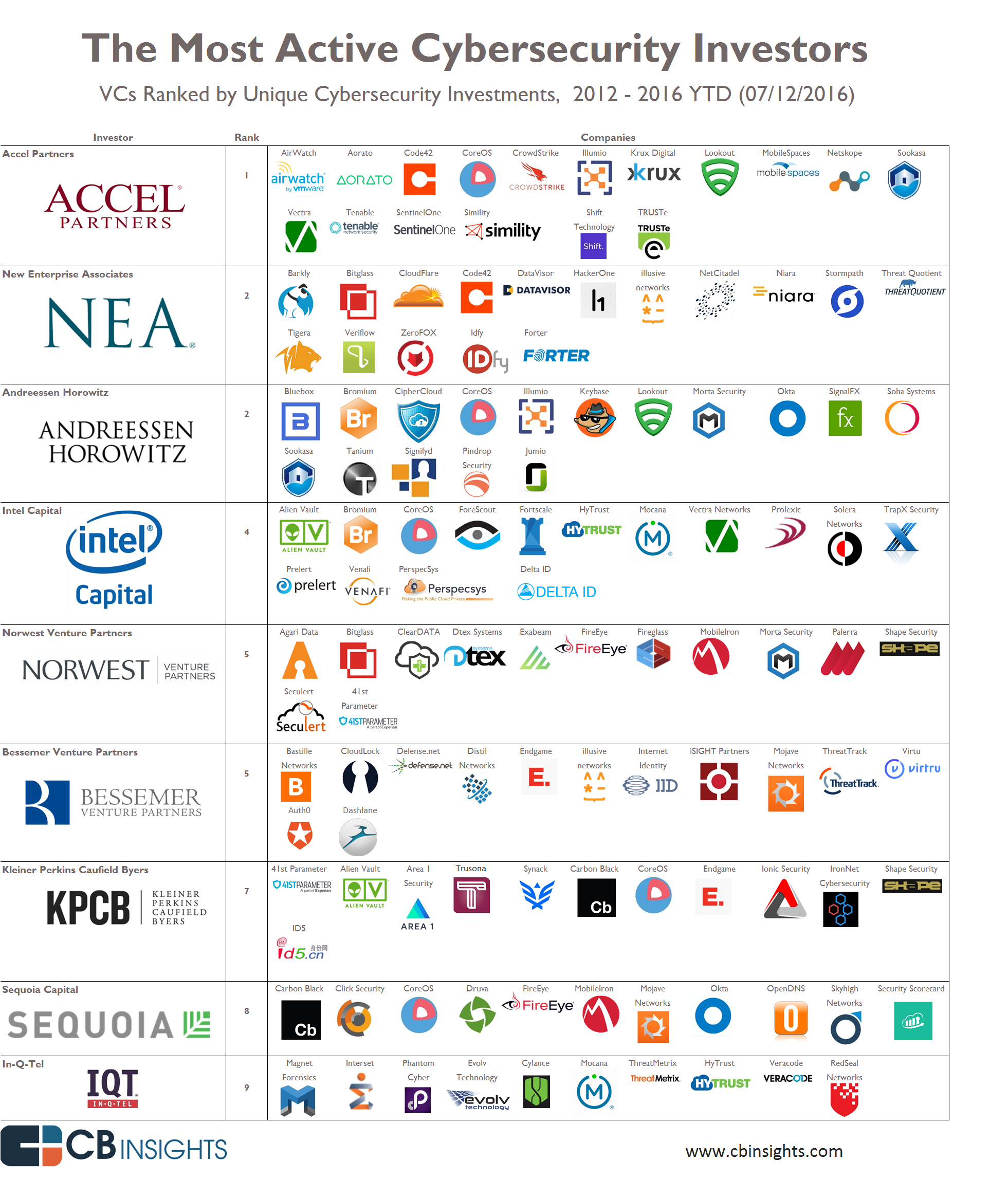 Want more data on the top venture capitalists? Login to CB Insights or sign up for free below.