Unicorns in the space include Okta, valued at $1.2B, which focuses on identity and access management as a cloud-based service.

Cybersecurity companies that offer Identity and Access Management (IAM) solutions have raised $362M across 34 deals year-to-date (10/18/2016). Those numbers are well off the peak in dollars and deals that these companies witnessed in 2014.

Four out of the seven private company unicorns in cybersecurity reached their $1B+ valuations last year, as the category remained hot in the wake of persistent security attacks and hacks faced by business and government. Unicorns in the IAM space include Okta, valued at $1.2B, which is focused on identity and access management as a cloud-based service. The company has raised $229M in funding and is the most well-funded IAM cybersecurity startup. Okta also has the second-highest score among cybersecurity startups on Mosaic, CB Insights’ quantitative framework, which uses public data and predictive algorithms to measure the overall health and growth potential of private companies.

We used CB Insights data to look at funding trends in the IAM space, as well as the share of deals to these startups by stage, and identified the most well-funded IAM companies.

We define the IAM space as cybersecurity companies that have a core product that determines a user’s identity by authenticating their credentials and authorizing them for appropriate access to digital resources. Some of the companies in the IAM category also offer products for other areas of cybersecurity.

Investors seem to be showing less interest in single-point solutions, and instead favoring more comprehensive cybersecurity platforms that reduces businesses’ need to manage many disparate cybersecurity vendors. However, there are some exceptions to the trend. 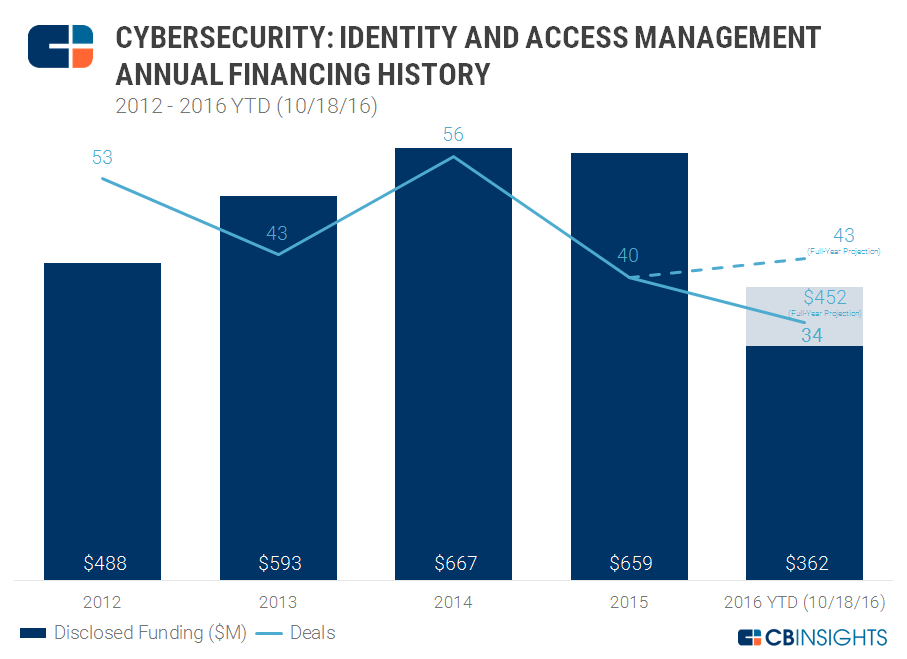 In the IAM category, much like the trend in cybersecurity as a whole, early-stage (seed/angel and Series A) investments are in decline. Investors are betting less on young cybersecurity companies and shifting their focus to later-stage investment opportunities. The share of seed/angel rounds to IAM companies declined more than 15 percentage points since 2012, and is at an all-time low in 2016 year-to-date. Likewise, the share of Series A investments in the IAM space is at its lowest point in the last five years, while correspondingly Series B and Series C investments in IAM companies are at an all-time high. 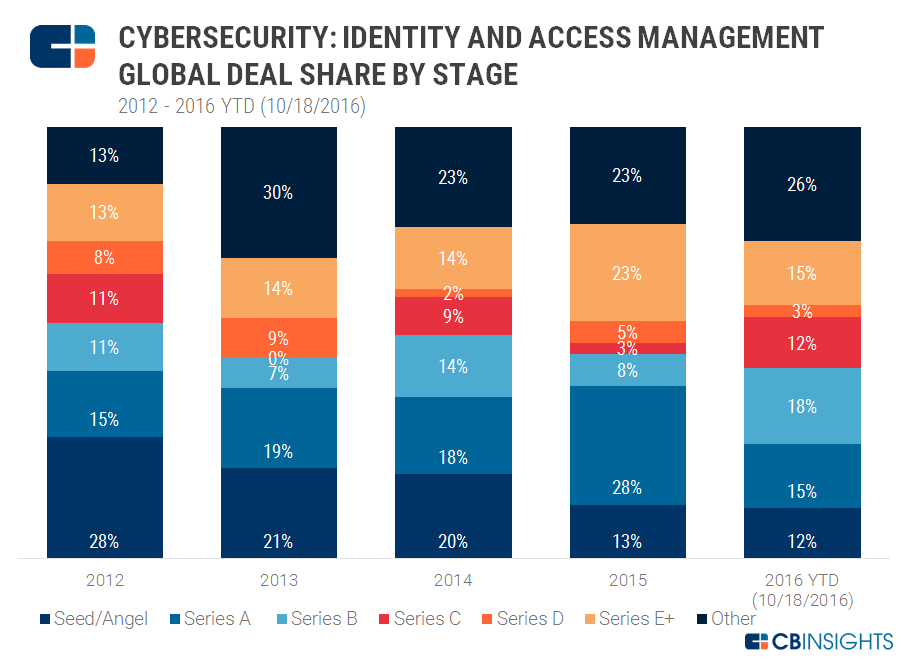 The most well-funded pure-play IAM companies