Research Brief
3135
The US still sees two-thirds of deals to cybersecurity startups globally but the rest of the world has grown its deal share in the past two years.

Cybersecurity startups are coming off record levels of funding in 2015, but have seen a slowdown in the first half of this year.

There are nine private cybersecurity companies in the CB Insights database that are valued at $1B or more, and of those unicorns, eight are located in California. The exception is Avast, which is located in Prague, Czech Republic (though the company advertises a “new Silicon Valley-inspired office.”)

We used CB Insights data and analytics to parse out cybersecurity deal and dollar shares by country and US states. Our analysis confirms that the US accounts for an outsize share of investments in cybersecurity companies compared to the next four countries: Israel, UK, Canada, and China, in that order. However, the US has seen a decreasing share of deals over the last few years compared to the rest of the world.

Looking at overall deal share over the past five years, markets beyond the US only represent 25% of all deals. Well behind the US’s 75% deal share, Israel is ranked second with 8%, followed by the UK at 4%, Canada at 2%, and China at 1%.

The remaining deals were widely dispersed, with no other country seeing more than 1% of the global total. 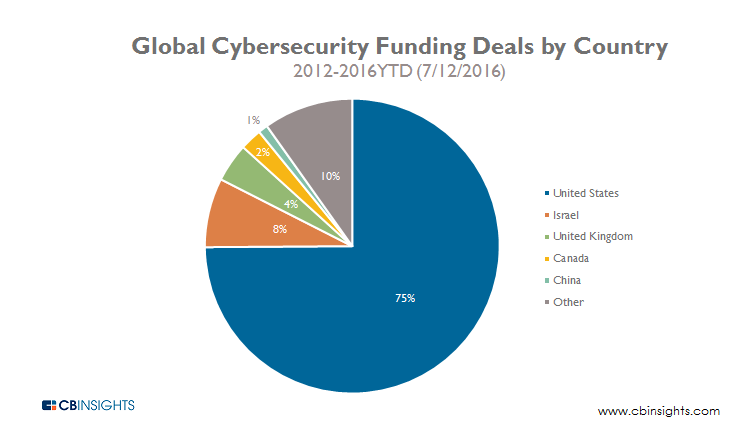 Cybersecurity companies based in the US took an even greater share of cybersecurity funding dollars at 86% of the global total.

Israel ranked second again in dollar terms, albeit with a lower dollar share at 5% compared to its deal share at 8%, indicating relatively smaller and earlier-stage rounds. Israel’s biggest investment rounds so far this year went to: LightCyber which offers behavioral attack detection (a $15.5M Series C financing); Indegy which provides security software for infrastructure like energy and water utilities ($12M Series A); as well as enSilo, which focuses on real-time data protection ($19M Series A: $10M in 2015 and a $9M Series A-II in 2016). 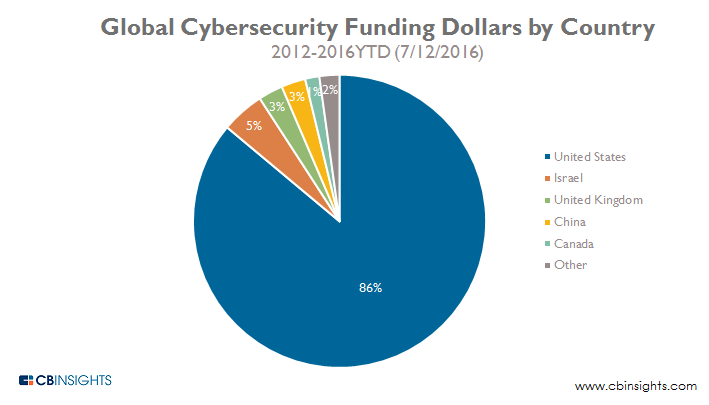 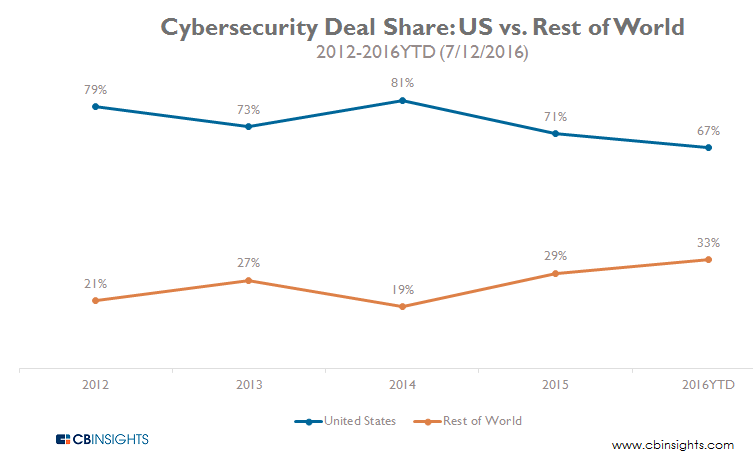 Massachusetts is a close third at 73 deals since 2012. The state has edged out Virginia in the last two years, however. 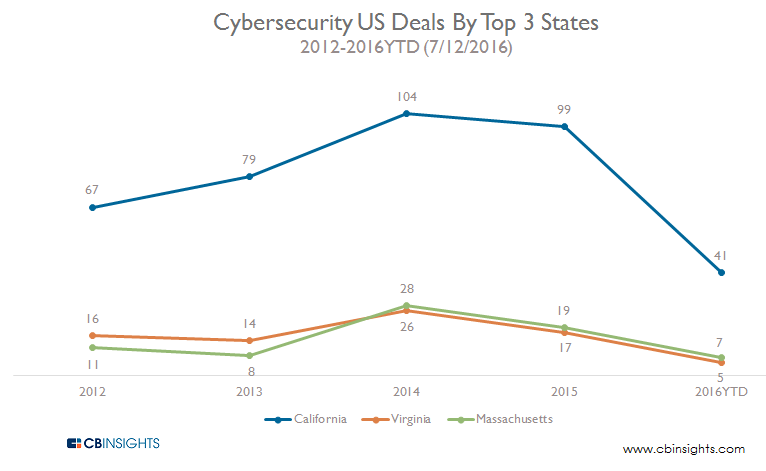 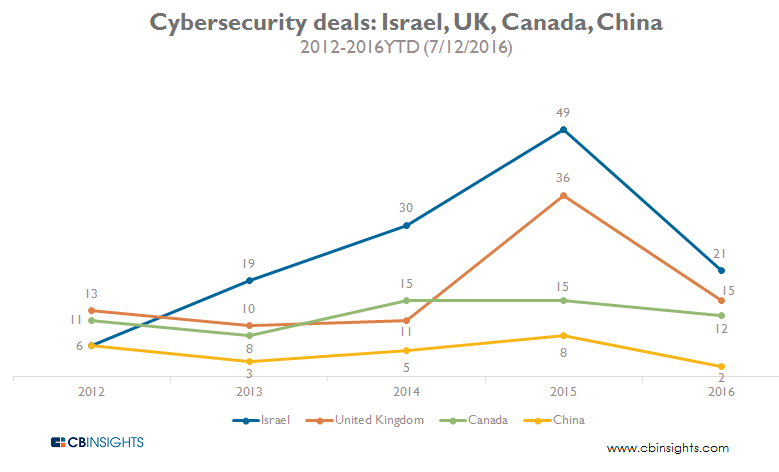 Want more data on the cybersecurity industry? Login to CB Insights or sign up for free below.