Research Brief
2380
The new funding and deal highs in 2015 were bolstered by several large mega-rounds to well-funded companies like Tanium, Cloudflare, and Tenable.

Cybersecurity is increasingly a hot sector for investment, as more valuable information migrates to digital channels and the cloud, and corporations continue to suffer high-profile data breaches. We used CB Insights data to take a look at the overarching financing trend in cybersecurity, as well as top geographies.

Cybersecurity startups have experienced consistent year-over-year growth in funding and deals since 2011. In 2011, for example, deals were at 166 for the year. That figure doubled to 332 in 2015.


In dollar terms, investment has grown from $1.1B to $3.8B, which is 235% growth over 5 years. The all-time high funding total in 2015 was bolstered by large rounds to well-funded companies including Tenable Network Security‘s $250M Series B and Tanium‘s $120M Series G. 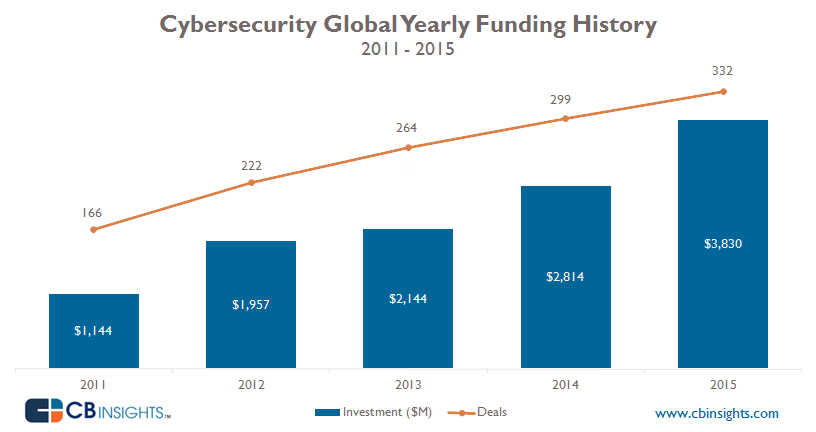 Cybersecurity deals skew heavily toward the United States, which accounted for 77% of all deals. The next most active geography for deals was Israel, which took 7% of deals. The UK and Canada each saw 3% of deals made in the space since 2011. 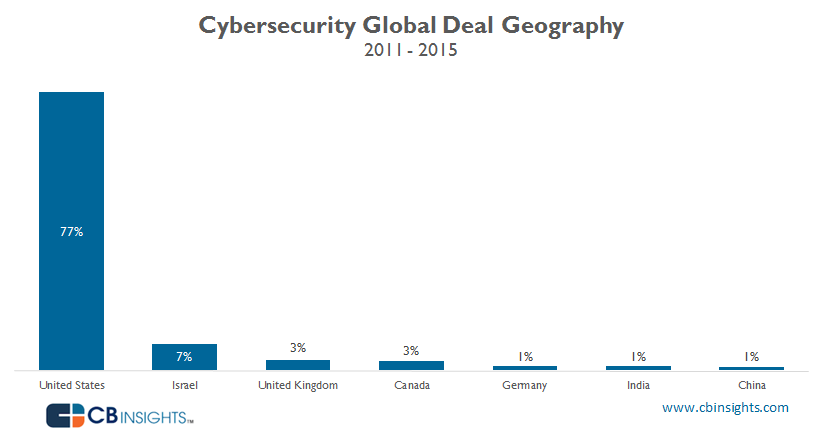