Exit activity in the cybersecurity space reached a high of over 100 exits in 2012 but decreased 27% YoY in 2013 and remained at those levels in 2014. While the majority of these exits have been acquisitions, there have been 15 IPOs in the space since 2010 from a total of 356 private company exits. 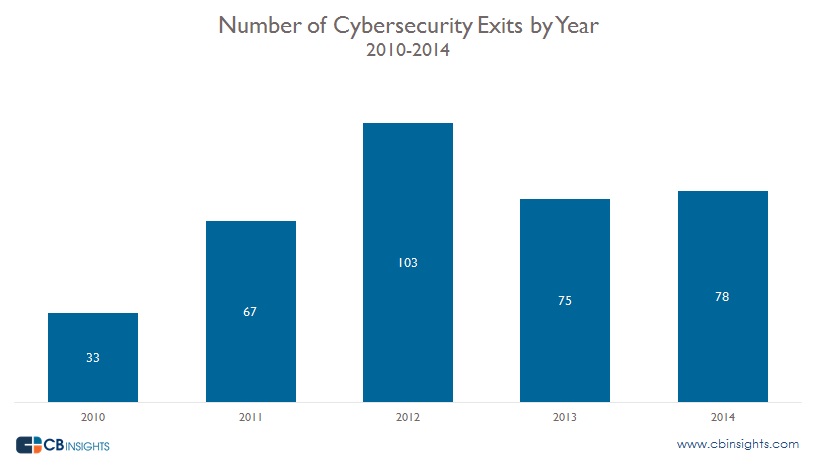 Top Cybersecurity Investors – based on # of exits

Intel Capital saw the most exits within cybersecurity since 2010 with more than 10, including PacketMotion and mFormation. Accel came in second with exits including Imperva and Arcot Systems. 11 investors had 5 or more exits since 2010 as detailed below.

The top acquirer in the cybersecurity space was Google which typically acquired unfunded or early stage companies including Impermium and Divide. McAfee was a close second, with acquisitions that included Stonesoft and ValidEdge. Symantec rounded out the top three, and was the only other acquirer with more than 5 acquisitions since 2010.

*Debt and Grant rounds were not included in this analysis