This year's corporate acquirers in cybersecurity include household names such as Amazon, Hewlett Packard, Huawei, Microsoft, and more.

Investors backed more private cybersecurity companies in 2016 than any year since at least 2013. Likewise, deals in Q1’17 hit an all-time quarterly high, up 20% from the previous quarterly deal high.

Before Okta’s IPO in Q2’17, it was one of a handful of private cybersecurity companies valued at $1B+, all tracked on CB Insights’ unicorn tracker.

Using CB Insights database we looked at acquisition activity in cybersecurity over the last six years and created a timeline of acquirers and acquisition targets spanning from Q4’16 through 2017 YTD (5/31/2017).

This year’s corporate acquirers in cybersecurity include Amazon, Hewlett Packard, Huawei, Microsoft, among others. One notable trend among these acquirers is their proclivity toward snatching up cybersecurity startups using artificial intelligence and machine learning algorithms. Continuing the trend, Microsoft just acquired the AI cybersecurity-automation company Hexadite, in May, for $100M.

Exits for VC-backed cybersecurity startups have been trending upward since 2013. Exit activity peaked in 2015, at 40 total. Last year’s exit numbers came in just short of the peak we saw in 2015.

The two companies that went public in 2015 are the security analytics software company Rapid7 and the cloud security company Mimecast.

In 2016, Indian IT cybersecurity company Quick Heal Technologies went public in February. So far this year we have seen Okta go public in April. 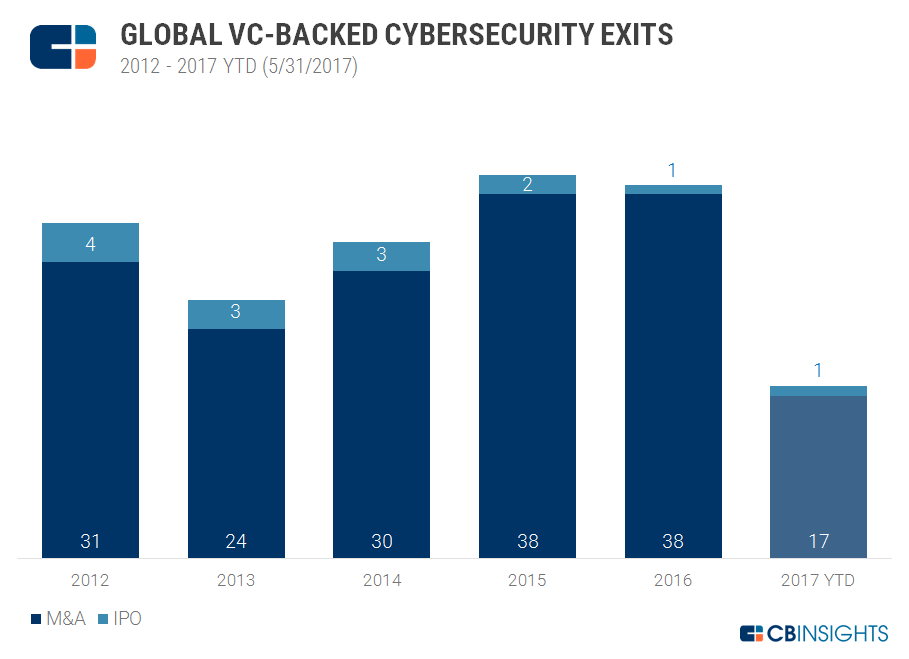 Since October of last year, seven cybersecurity startups have been acquired for more than $100M. Six of those deals happened this year. The most valuable cybersecurity startup to get acquired since the start of Q4’16 is the website security company Krux Digital, acquired by Salesforce in October 2016, at a valuation of $750M.

Notable cybersecurity acquisitions by publicly traded corporations over the time period examined include: Niara (acq. by Hewlett Packard Enterprises in Q1’17), and Harvest.ai (acq. by Amazon in Q1’17). Both of those cybersecurity startups utilize AI and machine learning algorithms to protect against cyber crime. 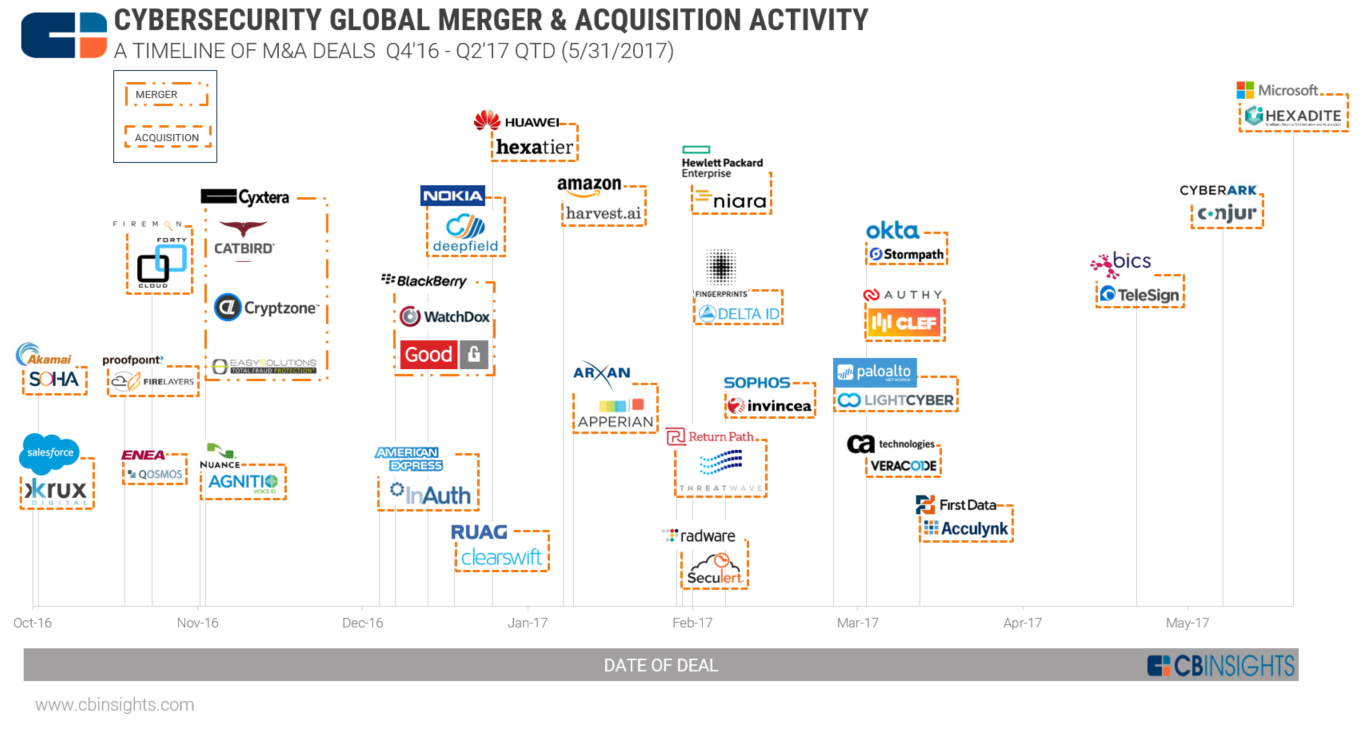 The IPO of Palo Alto Networks in 2012 remains the most highly valued exit in cybersecurity over the last six years. Rounding out the top three are FireEye, and Okta, respectively. Okta’s IPO this year is one of two top 10 cybersecurity exits to occur since 2016. The other is Krux Digital’s acquisition by Salesforce in 2016, which clocks in as the eighth most valuable exit since 2012.