Research Brief
1896
These non-VC investors plowed $5.6B into e-commerce startups in 2014 alone.

Crossover investors have completely transformed tech funding over the last few years, and e-commerce is no exception. Our crossover category includes all investor types other than VC firms, including hedge funds, mutual funds, asset managers, banks, family offices, and advisors. 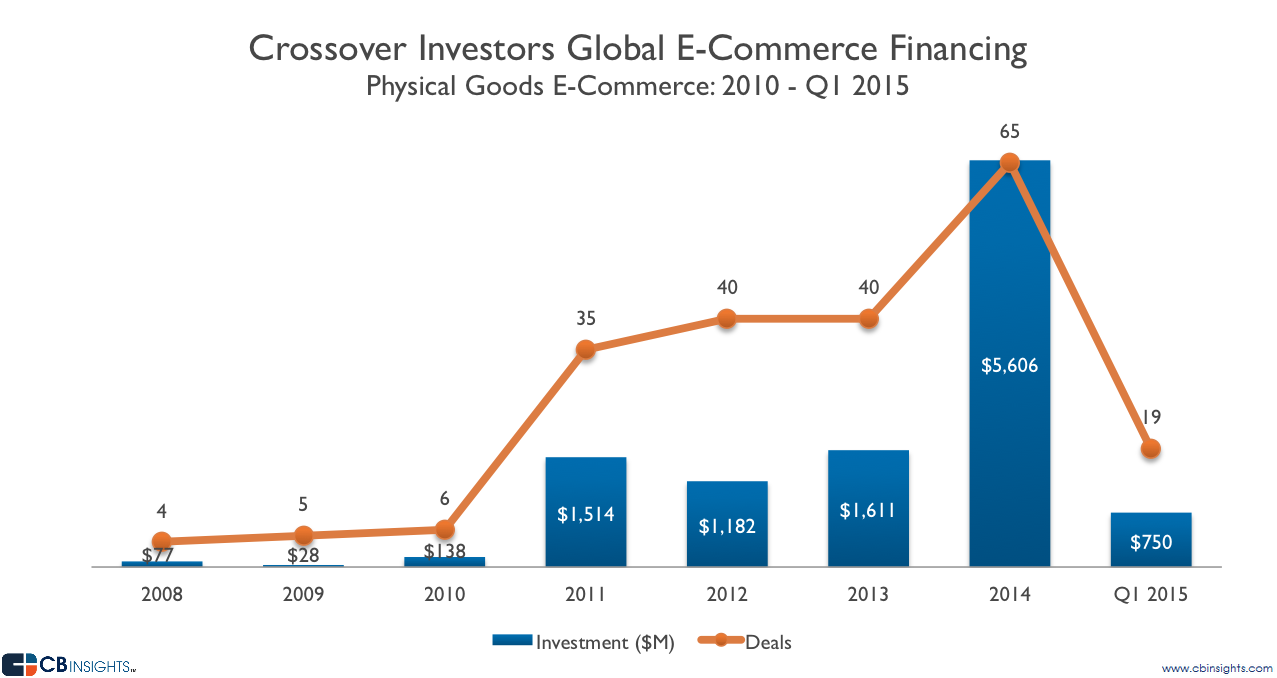 Want more data on e-commerce startups? Check out our venture capital database below.