Research Brief
1604
In 2012, Spark Capital took a look at the marketplace startups carving out niches from CraigsList. Today, those startups have raised $8.87B in funding and four have gone public.

Five years ago, Andrew Parker of Spark Capital published a now well-known post highlighting the different startups attacking different parts or services of Craigslist entitled the Spawn of Craigslist. Then in December 2012, former Spark analyst David Haber updated the chart further expanding the list of companies to more than 80.

So we wanted to revisit that chart with some good ol’ data.

Flash forward to 2015 and the verticalization of web marketplaces has accelerated substantially. Funding activity to Haber’s original list of companies has skyrocketed. Collectively, the 82 companies on Haber’s list have raised $8.87B in funding and have notched 13 exits to date as well as the merger of Elance and ODesk. Four of the companies have gone public including Lending Club, Care.com, Chegg and Castlight Health for aggregate exit value of $8.4B.

Below is Haber’s version of the chart: 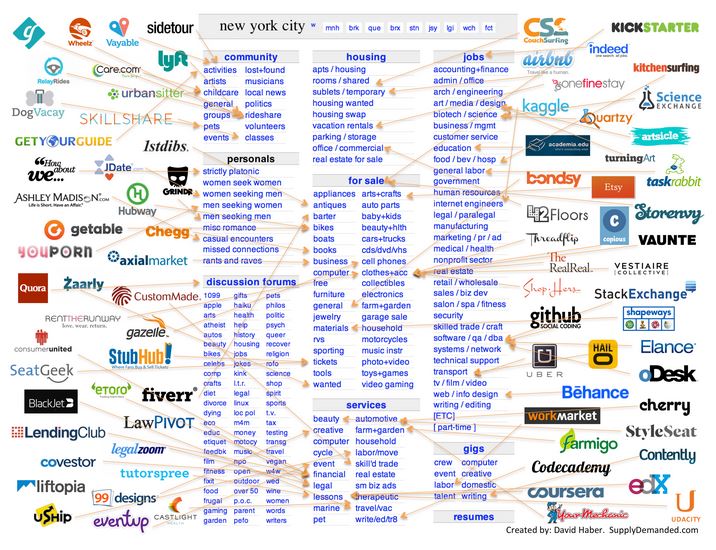 Interestingly, deal activity to the companies is trending down since 2012 – falling 66% YoY between 2012 and 2013. One reason that may partially explain the deals drop is the growth in smartphone usage. Uber and Lyft were two of the early mobile-first startups in the category but today a whole ecosystem of companies (not listed in Haber’s chart) provide mobile on-demand services from home cleaning to grocery delivery to dry cleaning (See: The ‘Uber for X’ Investment Report). In other words, the next set of Craiglist attackers are not doing it on the desktop first necessarily.

The chart below highlights the funding trend to Haber’s original list of marketplace businesses attacking Craigslist. 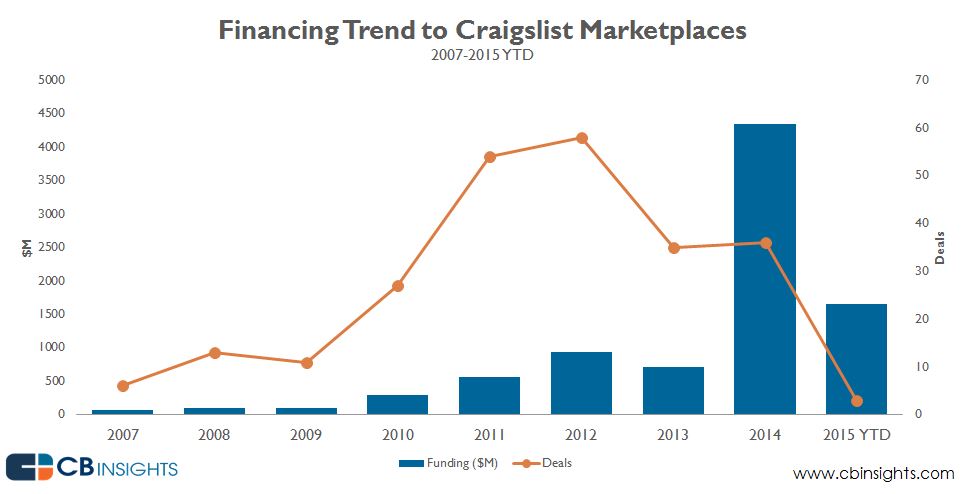 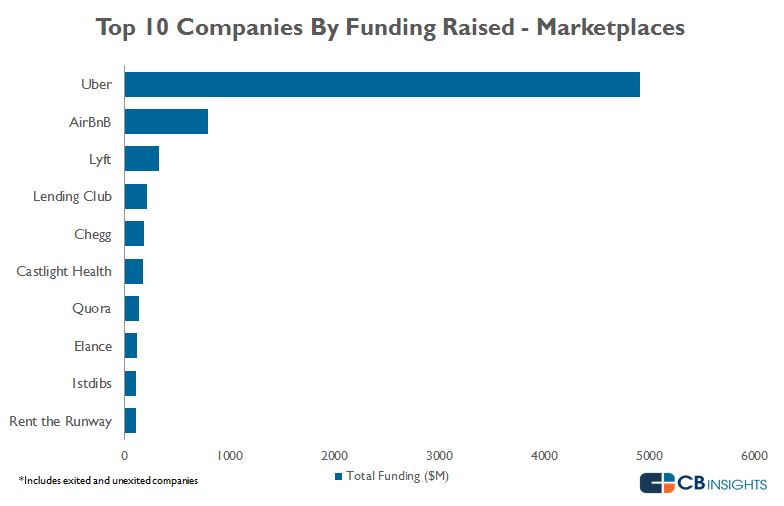 Among investors, SV Angel has invested in the highest number of the companies (14) on the Craigslist unbundlers, followed by Union Square Ventures, Kleiner Perkins Caufield & Byers and Founder Collective, which all tie for second. Perhaps not surprisingly, Spark Capital, where Parker works and Haber used to work, also has invested in a significant amount of the companies (9) including Stack Exchange, eToro and Work Market, all three of which raised big follow-on funding rounds in the last two months. Investors in 7 or more of the companies are below.

Track all the players attacking Craigslist All of the data in this research brief comes from the CB Insights Venture Capital Database. Sign up free below.

Photo Credit: David Haber
If you aren’t already a client, sign up for a free trial to learn more about our platform.