Deals into consumer packaged goods had another strong quarter of deal activity, while funding slumped. AccelFoods and Highland Capital Partners led in investments to the space.

After two consecutive years of 400+ deals, consumer packaged goods continues its spree with 101 deals in Q1’16, which would put this year on pace to beat the prior two years in terms of activity.

However, CPG funding dropped below $500M in Q1’16, with very few large deals occurring in the quarter. In past quarters, we’ve seen multiple financings of more than 70 million dollars each into Dollar Shave Club, Suja Life, and The Honest Company, while we only saw a couple of deals above $10M this past quarter. 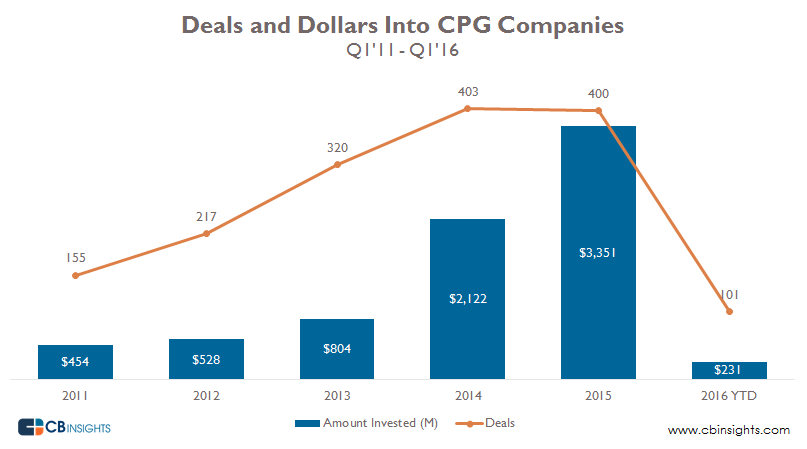 Similar to trends seen in tech sector, California saw by far the most deals into private CPG companies, with more than 350 deals since 2011, which was more than the next 3 states combined. Only 5 states saw more than 50 deals into CPG, all of which were the more common major markets for private company funding. 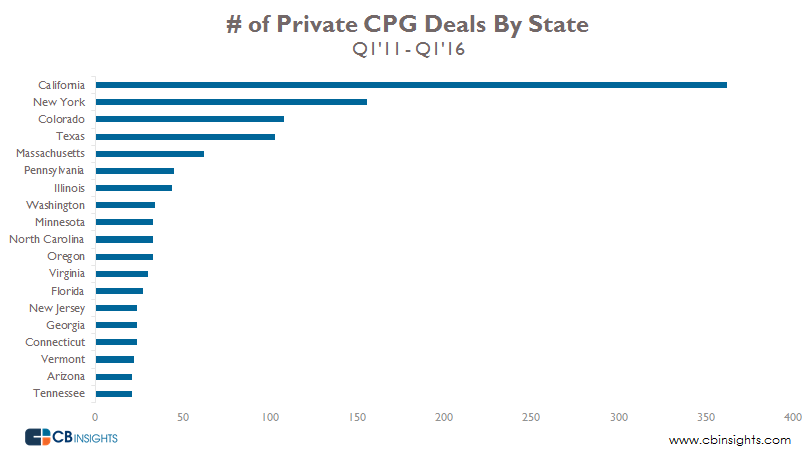 Certain CPG corporates have been active in private markets, but corporates as a whole are not a significant force in CPG private company investment, taking part in less than 5% of all CPG financings between 2011 and 2014. More recently, 2014, 2015, and Q1’16 have seen an uptick, partly because other types of non-CPG corporates like Google Ventures and Comcast Ventures have started investing in the space. 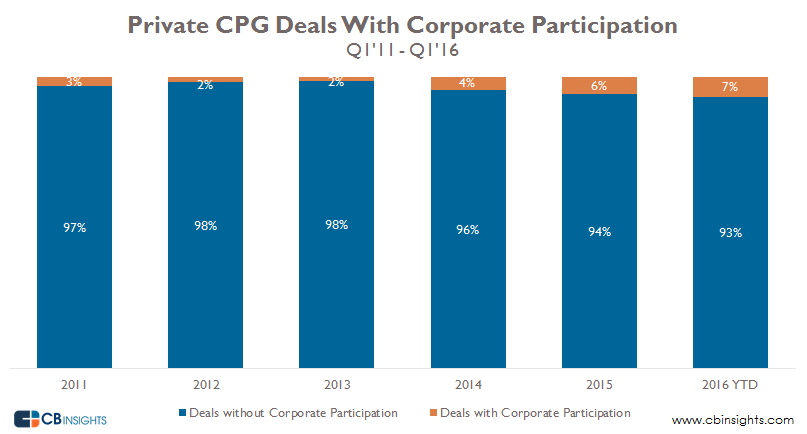 The top investors into private CPG companies are a mix of VCs, private equity investors, and food accelerators, which though relatively recent to the scene, have become an important fixture in the market. One of the accelerators, AccelFoods, topped the list, with investments in more than 15 unique CPG companies.

Highland Capital partners, with a fund dedicated to consumer-facing growth companies,  was the second most active investor since 2011. 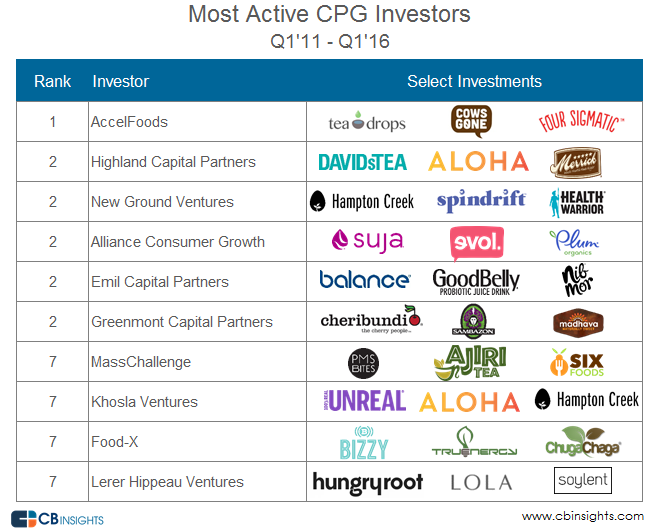