Research Brief
2567
Despite a notable slowdown in deals growth rate in 2015, funding to consumer packaged goods companies was fueled by 9 mega-rounds of $100M+, pushing funding dollars to a new high.

Consumer packaged goods giants like Procter & Gamble are under attack from private companies addressing some of their largest product categories.

Venture capital is also taking a more visible role in this category, investing in startups like Harry’s Razor Company and The Honest Company, which are using e-commerce to go around traditional retail channels for CPG sales. (However, as we’ll see below, deals to VC-backed CPG companies declined in the last two years.)

To gauge the breadth and depth of private market activity in CPG, we used CB Insights’ database to track investment into private CPG companies globally.

We found that funding to private CPG companies overall has increased in every year since 2011, with $100M+ mega-investments to CPG companies tripling from just 3 in 2014 to 9 in 2015.

As noted above, the funding hike in 2015 was driven by mega-rounds. Several were to more traditional CPG food and beverage companies, including a $480M corporate minority investment in French frozen food manufacturer and retailer Picard, which has also traded hands between private equity firms. There was a $133M in private equity raised in March 2015 by Salt Lake Brewing Co.

But among the mega-rounds was also a $100M Series D raised by The Honest Company, which sells its own brand of home and personal care products online.

Funding raised by VC-backed CPG companies grew just 9% from 2014 to 2015, compared to a 98% growth the previous year. In the last two years, some of the largest rounds in the VC-backed category were raised by Harry’s Razor Company, California-based juice manufacturer Suja Life, and mayonnaise replacement manufacturer Hampton Creek. 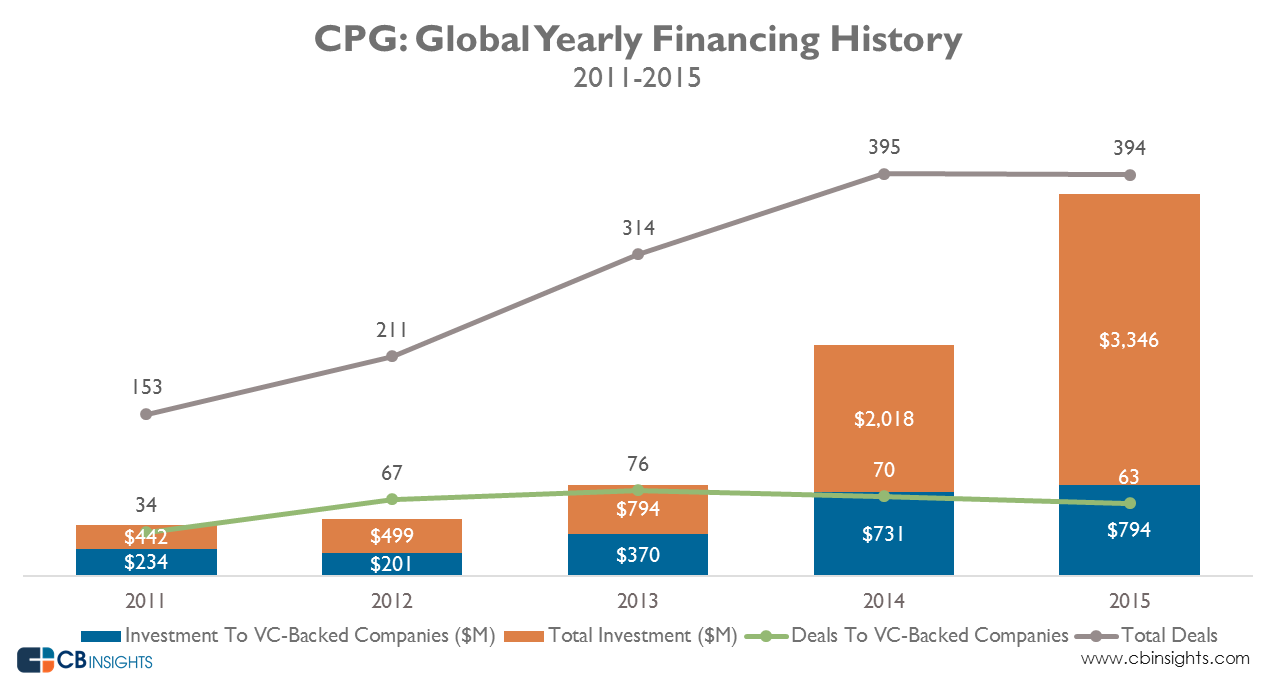 Funding to VC-backed companies peaked in Q3’15. This quarterly performance was driven by the previously-mentioned mega-rounds raised by Suja Life and The Honest Company, in addition to a $75.6M Series C round to Harry’s Razor Company.

As of March 23, 2016, overall funding to private CPG was only at $137M, with only 8 days left in the quarter. That puts the quarter on track for the lowest funding total since Q4’12. The data below includes all equity investment in private companies, including VC-backed companies. 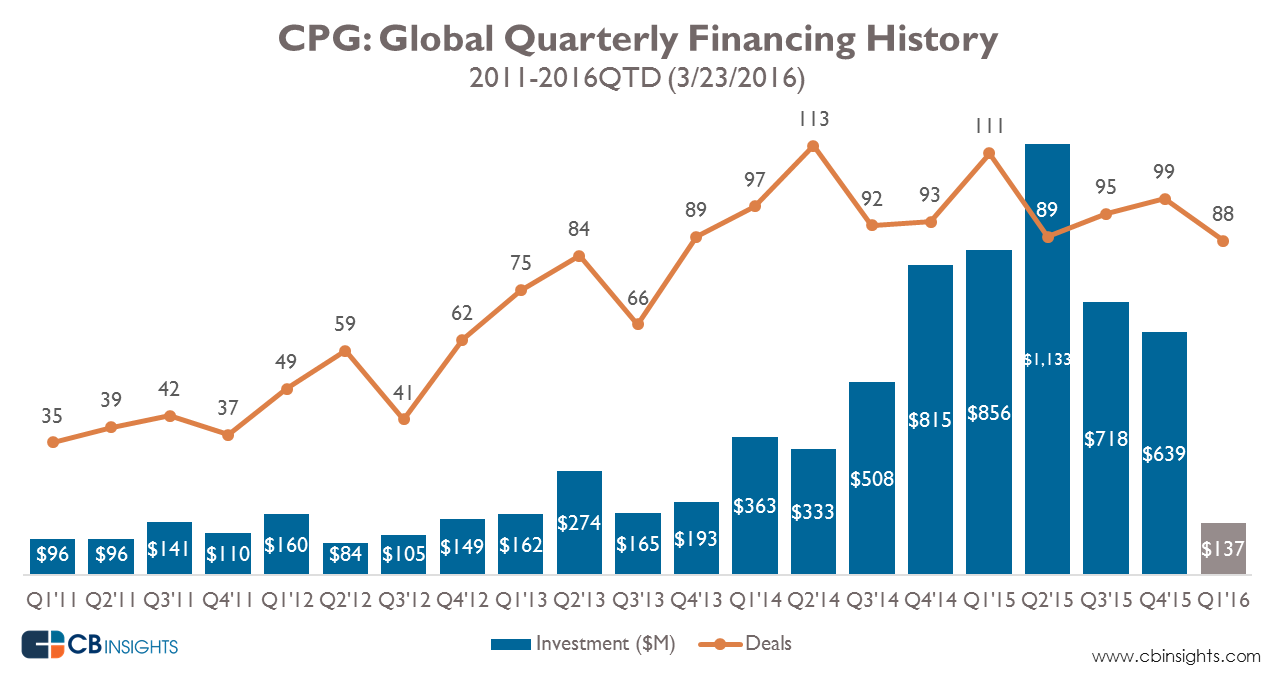 Canada’s Agropur Cooperative, which has raised private equity rounds from multiple investors in Quebec, is the most well-funded company on the list.

Our ranking is based on equity funding and corporate minority rounds to private companies that have not exited.