These startups have raised $1.2B to create new brands in the fast-moving consumer goods space, including vitamins, shampoo, and face creams.

The consumer packaged goods sector has historically been controlled by large multinationals such as Unilever, Procter & Gamble, Johnson & Johnson, etc. However, startups have been moving into the space, applying the same sort of technologies that have already transformed the broader retail industry — direct-to-consumer business models, subscription options, personalized products, and more — to high-turnover consumer verticals like laundry detergent and facial wipes.

Unilever made perhaps the biggest recent move in personal care startups, with its $1B acquisition of direct-to-consumer razor startup Dollar Shave Club in July 2016. By giving Unilever, a conglomerate with dozens of brands that typically sell through grocery and drug stores, a new online sales platform, the deal is emblematic of brands’ growing motivation to bypass brick-and-mortar stores altogether. In December 2016, another major beauty startup, Julep Beauty, which had raised over $60M from Andreessen Horowitz, Maveron, and others, was acquired by personal care portfolio company Glansaol.

Dozens of other startups are attracting investment to compete with the goods typically sold at drug stores. Many of these leverage direct-to-consumer models, while some also sell through CVS, Sephora, and other retail partners.

We used CB Insights data to create the market map below highlighting 83 startups attacking various product verticals within the drug store business that have raised funding since 2014. These startups have raised $1.2B in aggregate, led by Harry’s Razor Company ($287M in disclosed funding) and The Honest Company ($222M in disclosed funding). Harry’s and The Honest Co. share one investor, Boston-based Wellington Management. Tria Beauty, which makes at-home hair removal devices, rounds out the top three with $207M.

After these three leaders, we see a significant funding drop-off. No other startup on the map has raised more than $100M, and the fourth most well-funded startup on the map, skincare company Restorsea, has raised $57M to date. VC firms have backed just over 40% of these startups, while the others are generally backed by private equity firms or other investors. We’ve delved into some of these areas in more detail elsewhere, including pet tech and vitamins.

Startups working on consumer packaged goods have the potential to upend the industry. Sign up for a free trial and look for CPG: Beauty & Grooming in the Collections tab. 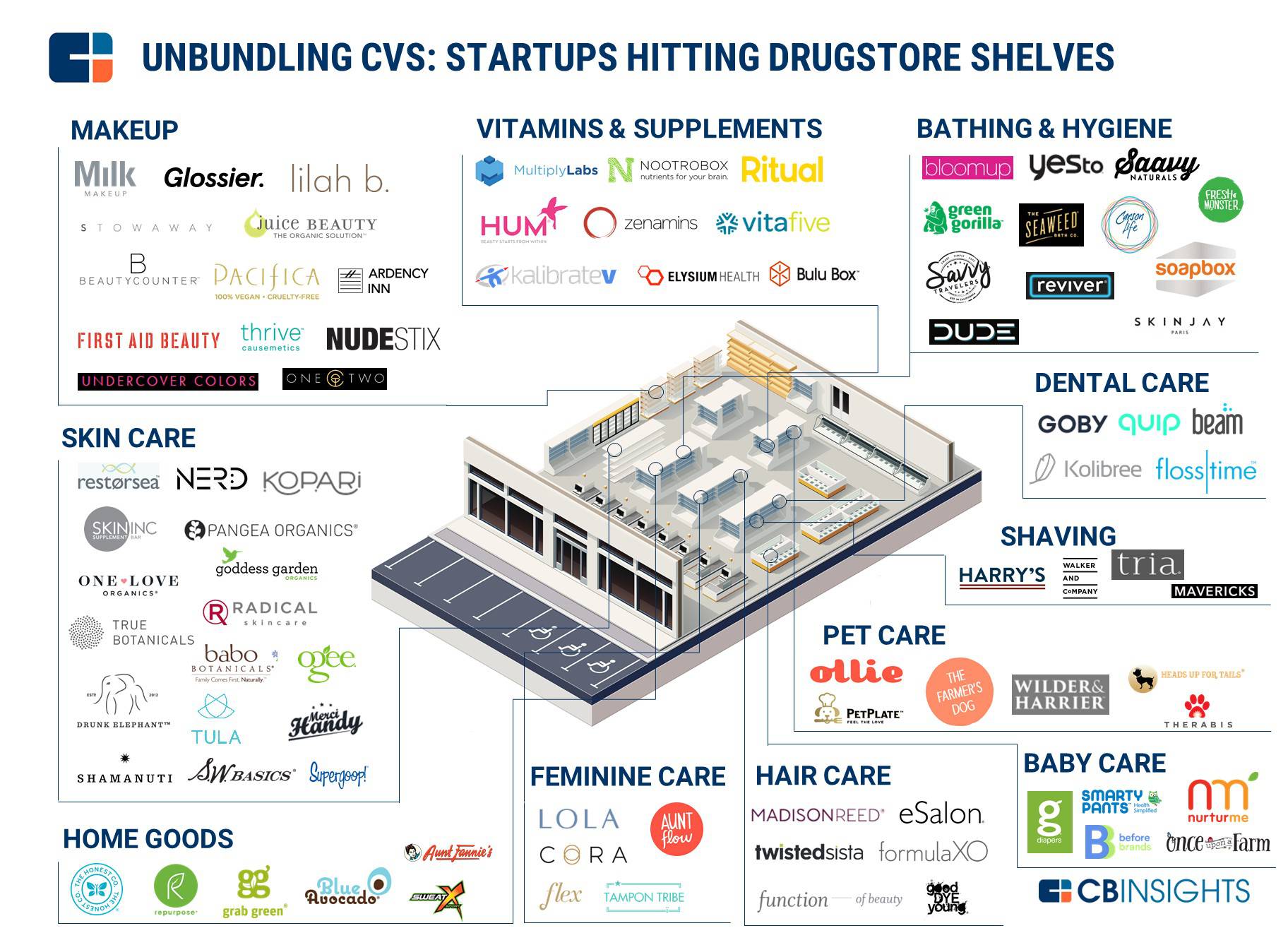 Want more data on personal care startups? Log in to CB Insights or sign up for free below.