Research Brief
1999
Salesforce Ventures narrowly edges out Google Ventures for most investments in US unicorns. DocuSign has the most corporate venture investors.

It’s not just VC investors who are hunting unicorns. As corporations ranging from Google to BBVA to Novartis actively invest in young private companies, the number of unicorns backed by corporate venture arms has ballooned.

Among the 74 US private companies valued at $1 billion or more, 38 or 51% have a corporate venture unit as an investor, according to CB Insights data. This number does not include corporations making direct investments into startups. Alibaba Group, for example, has invested in 5 U.S. unicorns since 2013 including Lyft and Snapchat. 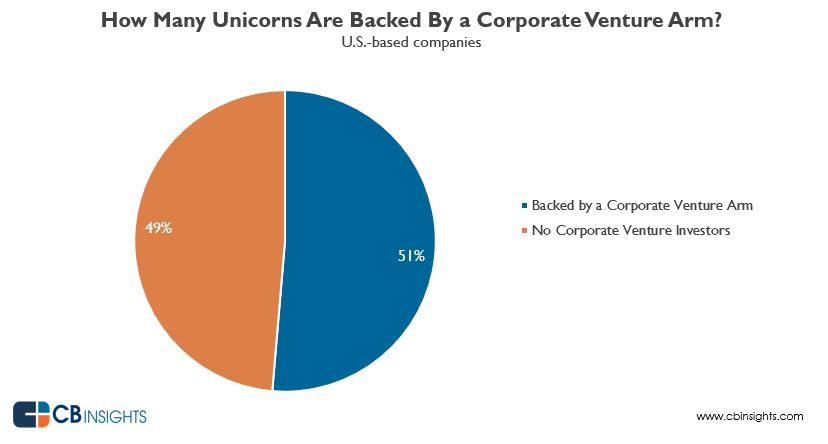 Among the corporate venture arms with the most unicorns, Salesforce Ventures tops the list with eight unicorns within its portfolio. Salesforce has had an investment arm for several years, but took the step of raising its first formal, dedicated $100M fund just last year. Google Ventures ranks second behind Salesforce with 7 US unicorns including Uber, Slack, Nextdoor, and Cloudera. Google’s late-stage arm, Google Capital, counts three.

Below is a list of corporate VCs with three or more unicorns in their portfolio. Among the CVCs with US unicorn investments, none has invested in their unicorns earlier than mid-stage (Series B).

Looking for the best data on corporate venture capital? Sign up for the CB Insights Venture Capital Database free below.