Research Brief
1740
Ranking the most active corporate venture arms by the cash and cash equivalents of their parents companies.

Last July, Twitter exec Mike Gupta stepped down from the CFO perch to oversee a new initiative to invest in start-up companies on behalf of the company. Recently, Twitter’s venture group, Twitter Ventures, has unveiled its first investment in Cyanogen, the Android community OS.

But does cash correspond with more corporate venture deals? Apparently not, according to CB Insights data.

The chart below highlights the 10 most active corporate venture arms by U.S. deal activity in 2014. Leading the pack were prolific corporate VCs Google Ventures and Intel Capital, followed by Salesforce Ventures and Qualcomm Ventures. 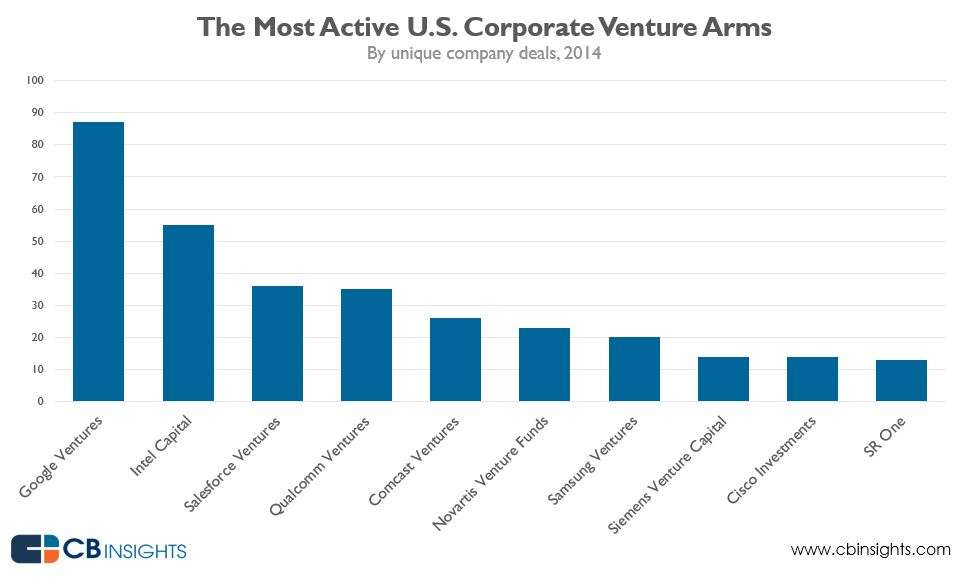 When peeling back the parent companies of these corporate venture units and looking at their cash on the balance sheet, we see that there is no relationship between corporate investment activity and cash on the balance sheet. Google is the most active and has the most cash but #2 and #3 in Intel and Salesforce from an activity perspective have much smaller cash hordes.

Twitter with just over $1.5 billion in cash as of 12/31/2014 has a much more modest cash stockpile to invest so it will be interesting to see how prolific the company is on the VC front and what types of deals (early stage seed or mid or later-stage) it participates in. 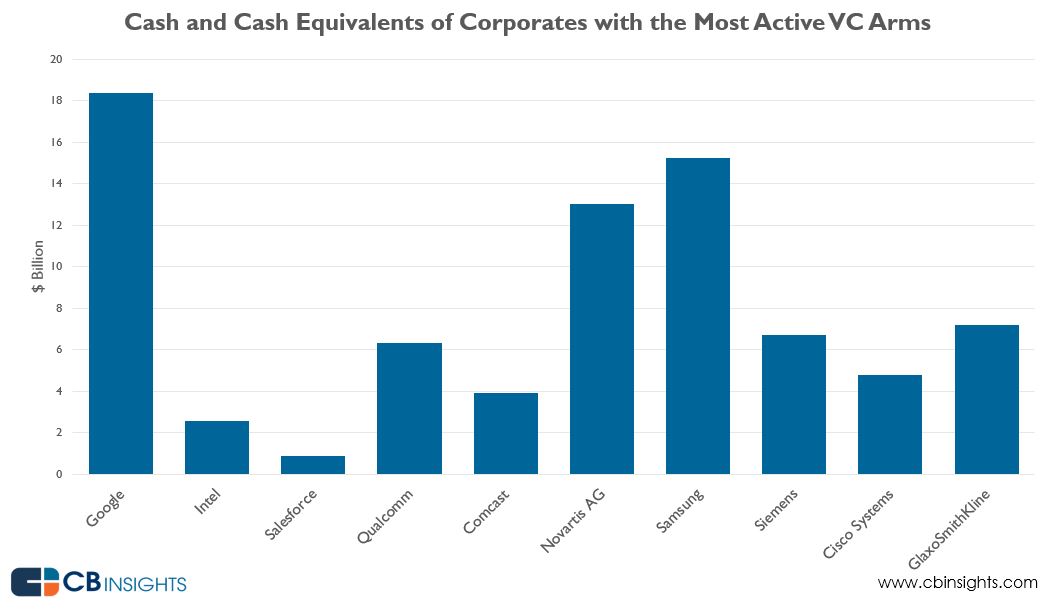