Wearables startups have attracted over $2.2B in funding over the past five years, as noted in our wearables industry funding overview. Corporate investors are taking note, and names like Comcast Ventures and Samsung Ventures are placing significant bets in the space. The semiconductor industry in particular has driven corporate investment in wearables, as we’ll see below.

Over the last 5 years, corporate investors have joined in rounds that funneled $1.34B into the space, across a total of 54 deals.

Funding and deal activity involving corporates are projected to shrink in 2015 after multi-year highs in 2014.

The 2014 peak was mostly due to Magic Leap’s round ($542M in Q4’14), which took Series B funding from corporates including Google, Qualcomm Ventures, and movie studio Legendary Entertainment. Even putting aside that half-billion dollar round, 2014 saw $185M of investment, well ahead of this this year’s projected funding total. 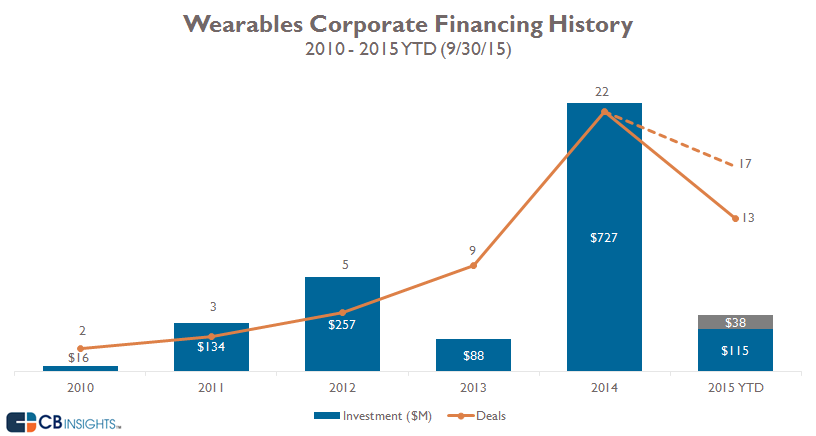 The quarterly breakdown gives a clearer picture of funding trends. 2015 has seen quarter-over-quarter increases in funding involving corporates, with $31M in Q1’15, $36M in Q2’15, and $48M in Q3’15. But that’s down significantly from the outlier quarter in Q4’14, driven by Magic Leap’s funding.

The top quarter for deal count was Q2’14, at 9 deals, including notable rounds to Ineda ($17M Series B) and OMsignal ($10M Series A). Deal count has remained at or above 4 deals per quarter since. Q2’14 was the fourth-highest quarter for funding involving corporates, at $81M. 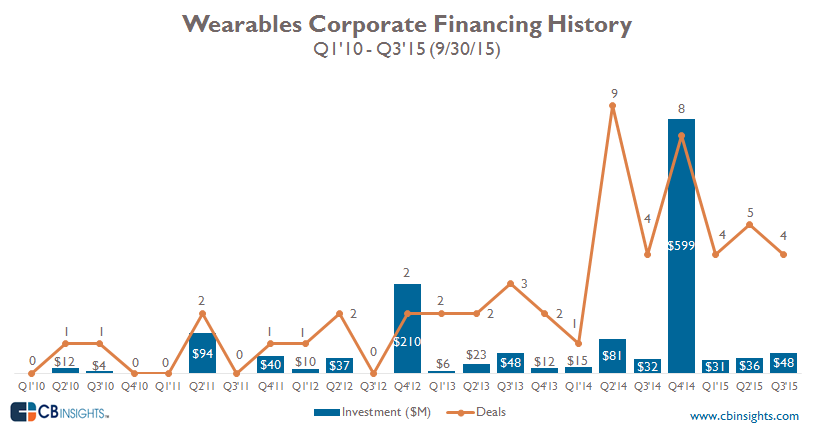 Corporate financing breakdown by round

The distribution of corporate wearables deals by stage illustrates the rise of early-stage investment. Seed and Angel stages were absent from 2010 to 2012, but jumped to 33% in 2013 and are at 31% in 2015 year-to-date. Early-stage deals (Seed/Angel and Series A) currently account for over half of all corporate wearables investments in 2013, 2014, and 2015 year-to-date. 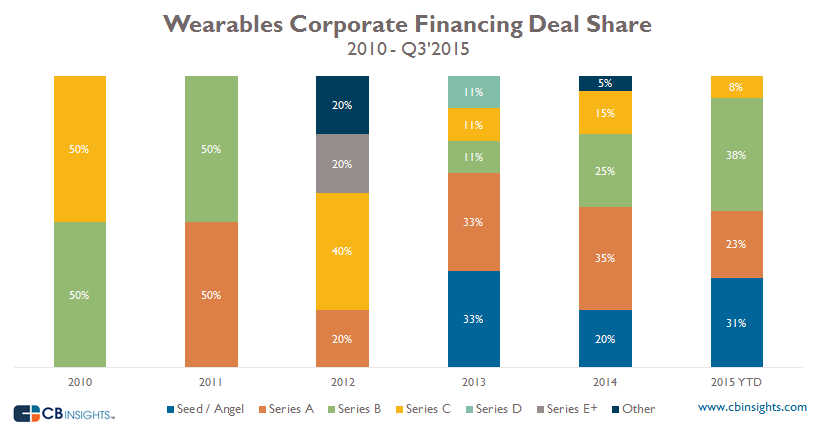 Interestingly, the top three most active corporate investors are involved in the semiconductor industry. These companies are involved in designing and/or manufacturing ever-smaller chips to power mobile devices, and this area likely offers them strategic value.

We used CB Insights’ Business Social Graph, which shows how top investors and target companies in any industry are interrelated, to visualize these corporates’ investments. 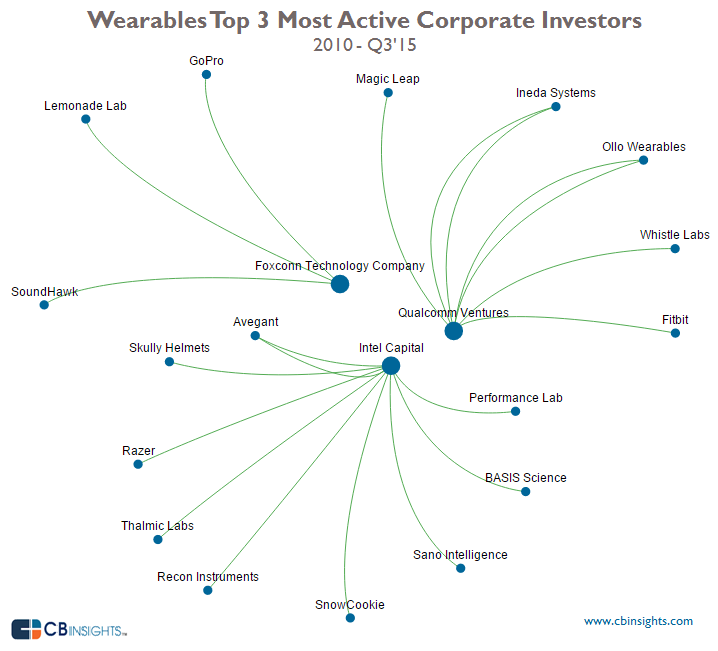 Geography of corporate investments in wearables

The United States saw the majority of corporate wearables deals over the past five years. Coming in second is Canada, home to Nymi and OMsignal, among others. Outside of North America, some wearables companies included SnowCookie (Poland), Moff (Japan), and Performance Lab (New Zealand). 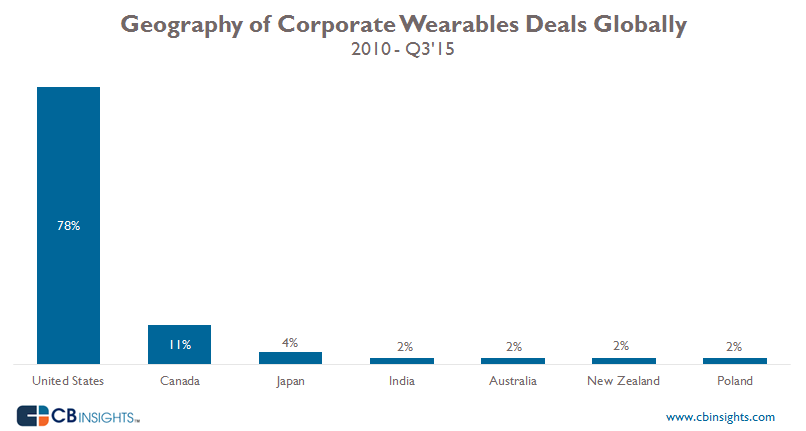 Domestically, the bulk of wearables investments were made to startups in California. Lesser-known yet well-funded wearables companies based outside of Silicon Valley included Ringly (New York), Pristine (Texas), and Polyera (Illinois). 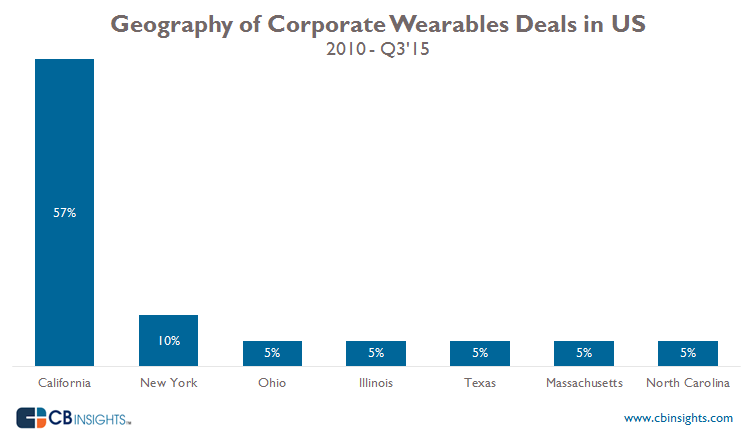